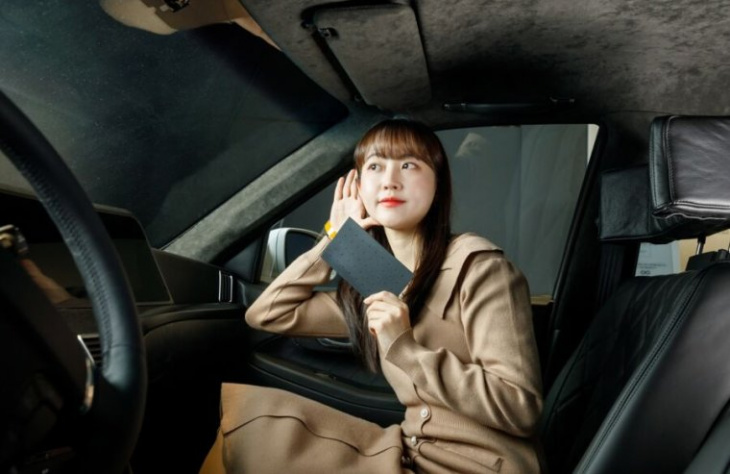 LG Display will commercialize thin, vibrating speakers for cars in the first half of 2023, the company announced today. The Thin Actuator Sound Solution has similar dimensions to a passport and forgoes many of the bulkier parts of typical car speakers.

LG Display is known for developing display panel technologies and selling them to various companies, including the consumer LG brand. Its new speaker doesn’t use a cone, magnet, or voice coil and doesn’t require a speaker grille. Instead, the speaker relies on what the company described as a “film-type exciter technology,” which vibrates off display panels “and various materials inside the car body” to create “3D” sound that LG Display claims is as good as what traditional car speakers produce.

LG even worked with a “global audio company” to develop the speakers, but we can’t tell you if that’s impressive or not because LG Display didn’t specify the partner’s name.

The exciters are compact, granting the Thin Actuator Sound Solution versatility when it comes to placement and freeing up more space inside cars. LG Display sees the offering being used in vehicle dashboards, headrests, headliners, and pillars, for example. The speaker measures 5.9 × 3.5 × 0.1 inches (150 × 90 × 2.5mm) and weighs 1.4 ounces (40 g). In its announcement, LG Display said that’s 10 percent as thick as a typical car speaker and 30 percent the weight. 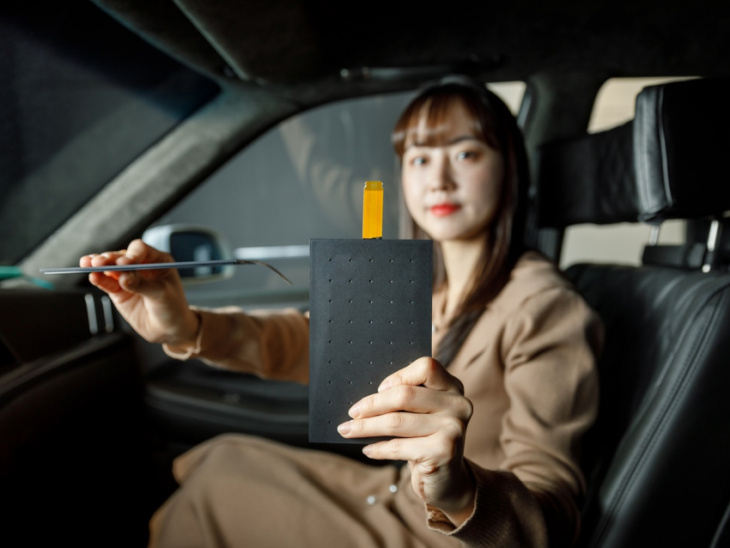 / LG Display’s car speaker is about as big as a passport. LG Display

LG Display said it would show off its speakers at the CES trade show in Las Vegas in January.

Vibration-based speakers are far from mainstream, but we’ve seen them used before, primarily in TVs. Sony debuted Acoustic Surface OLED TVs in 2017, and the company has garnered positive reviews with recent iterations, like the A9G, particularly when it comes to dialogue. In August, LG Display showed off a 97-inch OLED EX TV panel that claims to use a vibrating display panel to deliver 5.1 channel sound.

While LG Display’s automobile speakers should offer more choices to carmakers when it comes to speaker placement, sound quality is the big question for all potential partners and drivers.