The Lexus RZ, the brand’s first battery-electric vehicle (BEV), expected locally in mid-2023, provides the base for a tarmac-focused example called the RZ Sport Concept. Australia will be offered the RZ 450e, in particular, which harnesses a twin-motor all-wheel drive configuration yielding 230kW combined.

The RZ Sport Concept, however, is lifted to 300kW combined, with a more powerful 150kW motor fitted at each axle. 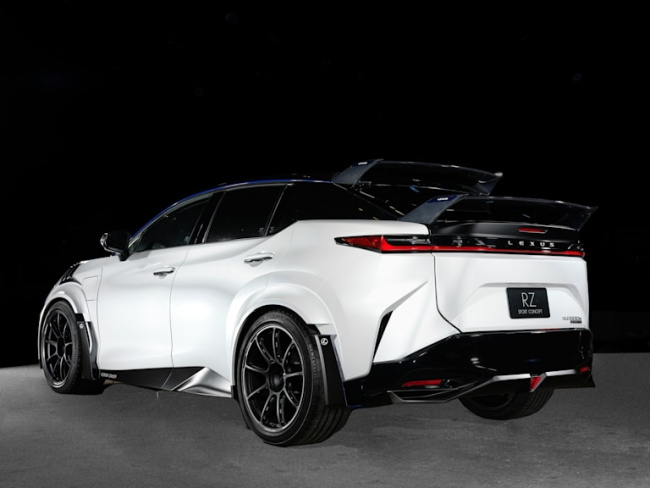 Hard to miss are the extremely flared wheel arches, 21-inch wheels, unique bumpers, bonnet and side rockers. Most eye-catching of all is an unconventional double-spoiler arrangement at the rear, which makes an FK8 Civic Type R look relative demure, by comparison. 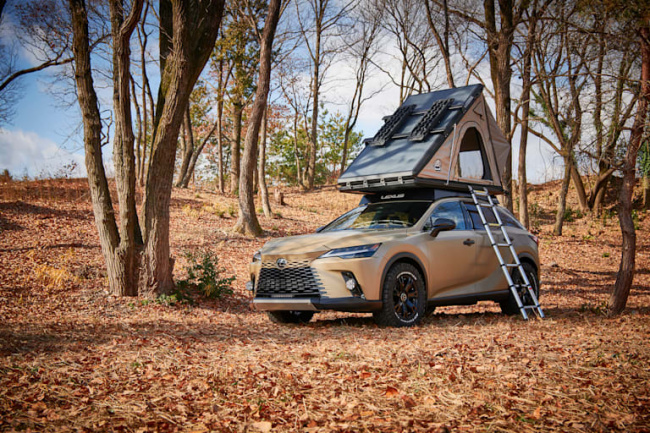 The RX Outdoor Concept is based upon the new Lexus RX, expected to launch in Australia in the first quarter of this year.

Topped by a custom aluminium roof rack and tent, Lexus’s plug-in hybrid feels right at home away from the big city; clad in BF Goodrich KO2 all-terrain tyres, a protective aluminium skid plate plus a suite of LED sportlights and black body accents. 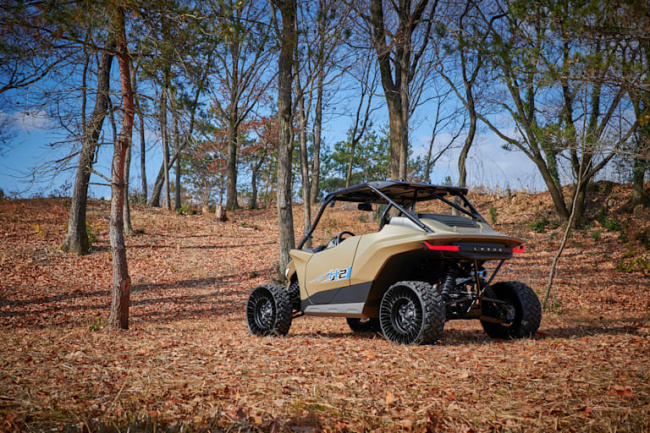 An electric Warn winch will help get the GX out of the trickiest situations, while a convenient rooftop tent makes setting up camp a breeze. 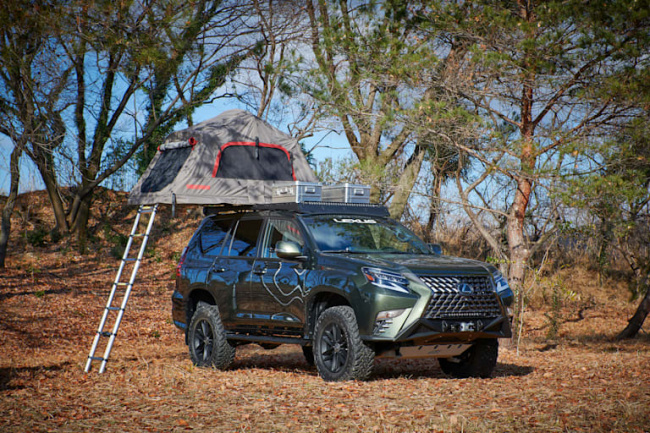 Lexus goes on to state that these concepts are sadly not available for purchase, but that’s not to say this isn’t a sign of things to come.

Car manufacturers are increasingly investing in their own after-factory/aftermarket accessories, which is, in itself, a tremendously lucrative business. According to SEMA’s annual report, the North American automotive specialty equipment industry turns over upwards of US$50 billion annually.


View more: 2023 Lexus LS: Everything You Need to Know About This Luxury Sedan


View more: The 2023 Lexus IS Is No Match for These 2 Luxury Cars, Says Consumer Reports


View more: What Are the 6 Most Reliable Car Models According to Consumer Reports?

1. Toyota 2. Lexus 3. BMW 4. Mazda 5. Honda When finding a reliable car, you want the best bang for your buck. With so many options on the market, it can be hard to know which brands are worth investing in and which ones will leave you with ...

Only 2 Lexus Models Are Among the Longest-Lasting Cars

The 2022 Lexus LX600 Ultra Luxury Comes With Some Sacrifices

Watch Lexus IS F With 273,000 Miles Push Hard Around The Nurburgring

A Used 2013 Lexus ES300h Could Be the Perfect Luxury Bargain

How Many Different SUVs Will Lexus Make in 2023?

Lexus India announce the winners of the Lexus Design Awards

What Does the RX Stand for in the Lexus RX? It’s Not “Prescription.”