Mercedes and Aston Martin have had controversial wing designs banned by the FIA ahead of the 2023 season.

The Silver Arrows raised eyebrows across the paddock this season when they introduced an unexpected front wing design at the Miami Grand Prix. They changed their endplates so they were only attached in the front part, leaving a large gap at the back of each side of the wings to improve aerodynamic efficiency.

And Aston Martin sparked intrigue among tech experts when they brought in a new rear wing design in Hungary. Clearly not entirely satisfied with the new curved wings brought in for the 2022 season, they added small pieces of carbon fibre on either end of the wing to create what became known as the “armchair” design.

Both those innovations were closely scrutinised at the time and were questioned over their legality. But as they complied with the official wording of the 2022 car design rules, the FIA allow both teams to continue using them throughout the season.

But that will change now that this year’s racing action has concluded. To make sure the regulations achieve their original intent of moving away from the way endplates interact with the rest of the wings, the FIA is getting rid of the grey areas in the regulations which allowed both the designs this year.

Nikolas Tombazis, the governing body’s single-seater technical director, told reporters: “Obviously this year they were both legal – the regulations have changed on both the front and the rear in different ways to stop those solutions.

“That article [3.2] wasn’t intended that: ‘Okay, if you’re smart and you have a solution, we’re going to take it off the car immediately.’ It just gave an explanation about sometimes why we have to intervene with the regulations. But we’ve still done it via governance. We don’t have the right to just say: ‘we don’t like this, let’s ban it.'” 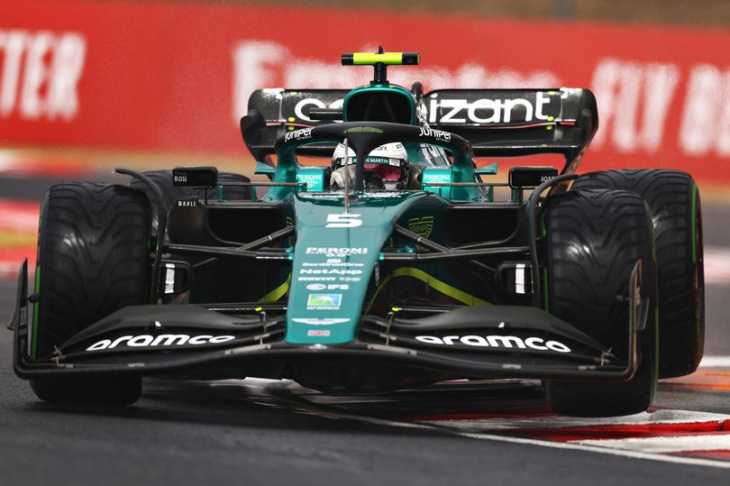 The wording of the rules will be more specific for 2023, outlawing those designs that Mercedes and Aston Martin introduced part-way through this campaign. The definitions of the wing designs themselves will also be tweaked.

“I think what was nice this year is the fact that we came up with something novel and new,” Aston Martin’s performance director Tom McCullough told Autosport. “It was a very difficult interpretation of the rules that added performance to our car. It was a part that people couldn’t just copy quickly because of how complicated it was to get around several different regulations.

“So in a way, we’ve sort of had that advantage this year because, by the time we brought it to Budapest, it’s quite late for people to react to understand it and, from the cost cap [perspective], they had already made their high downforce wings. So for me, I was really happy.

“A lot of people were involved in that project for a long time, many months in the toing and froing between the FIA. But I understand [why the rules will be changed] – our job is always to make the most of the regulations and, if they change, we have to adapt to that, really.”


View more: Mercedes Trucks to use electric trucks only in its own supply chain


View more: ‘It was our doing’ – Why heavier defeat hurt Mercedes much less


View more: 3 Advantages the 2022 Tesla Model Y Has Over the Mercedes-Benz EQB