LEGO’s Technic McLaren Formula 1 car, which launched earlier this year, has got a price cut at a number of retailers ahead of Black Friday.

With the 2022 Formula 1 season having just finished and post-season testing wrapping up already, if you’d like something to occupy yourself until the new season starts, (and a Drive to Survive marathon just isn’t doing it for you), then you can save a little on this LEGO set at a number of retailers.

However, at time of writing, Very has opted for a £60 price cut, and you can purchase the model there for a mere £109.

You may recall that McLaren’s 2022 drivers, Daniel Ricciardo and Lando Norris, got to go hands-on with the toy for its launch, as seen in the video above. The model was designed by experts at LEGO and McLaren working together.

While rival F1 team bosses obviously won’t be able to pick up the finer details of the real thing, this model (ID number LEGO 42141) replicates the car’s V6 engine in brick form (complete with little moving pistons that Daniel and Lando seemed to appreciate in the video). 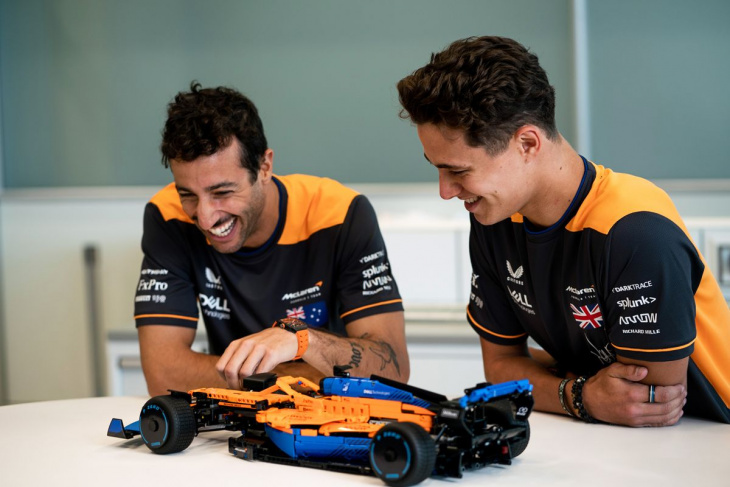 It’s also got working steering and active suspension and has full wet tyres, complete with the new wheel covers which were introduced as part of the F1 cars’ major redesign for this year.

However, to avoid leaks before time (although Lando did worry he’d accidentally leaked his new race suit design on Twitch prior to the real car’s launch), this LEGO car’s livery is actually a nod to the 2021 paint design (so a slightly darker blue than this year’s edition). 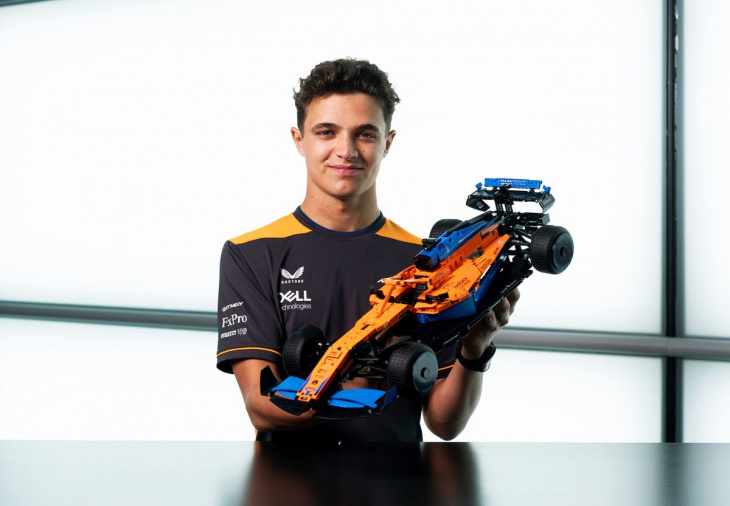 The car is 13cm high, 65cm long and 27cm wide, if you’re working out where to put it when you’ve finished assembling all 1,432 pieces.

James Key, who’s McLaren Racing’s executive director for all things technical on the Formula 1 team, said at launch: “We are excited to unveil the unique LEGO Technic model of our McLaren F1 car, a fun and engaging product that celebrates our 2021 season livery while giving fans a hands-on interpretation of the new 2022 F1 car design.

“This has been made possible by an agile collaboration with LEGO Group team, who have truly embraced the spirit of our brave and bold approach to design.

“The final product looks fantastic, and we cannot wait to make this available to our fans.”

McLaren has officially arrived in India. In the bustling heart of Mumbai city, right next to an Italian marque with a Raging Bull on its crest, at the first newly-inaugurated McLaren showroom in the country, we saw three of the current line-up the Woking-based marque has on offer. Taking the ...

Sainz ends post-season F1 test on top for Ferrari 2023 F1 Chinese GP set to be cancelled Oscar Piastri says his Formula 1 debut with McLaren in Abu Dhabi was a “pretty special” occasion, as he took to the track for the Woking-based squad for the first time. The ...