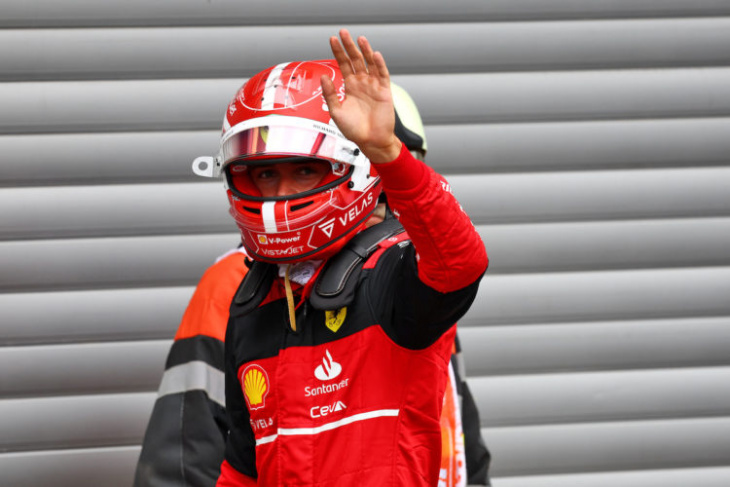 Charles Leclerc says Red Bull’s pace at the Spa-Francorchamps circuit is “a bit worrying” for Ferrari ahead of the Belgian Grand Prix.

Max Verstappen ended Saturday’s qualifying session as the fastest driver, but a Power Unit penalty will see him drop to 14th on the starting grid.

Verstappen had a sizeable six-tenths of a second gap over his nearest challenge, which on this occasion was Carlos Sainz, who inherited pole position.

The Dutchman has set his sights on climbing into the top three by the end of Sunday’s race, and Leclerc, who will start alongside Verstappen in 15th, admits that he has concerns over Verstappen’s blistering pace.

“There’s some potential, obviously because we didn’t prepare for qualifying as much as we normally do but when you see the gap to Max, it’s a bit worrying,” he said.

“They’re extremely quick and it’s been the case since the beginning of the weekend and we can’t explain quite why.

“We need to work. We will try our best tomorrow but they seem to have found something this weekend.

“They’re way too fast, there’s nothing we could have done, nothing that would have changed our starting position tomorrow. We had to beat Max in qualifying but today the car is not at their level.”

Leclerc currently has an 80-point deficit to Verstappen in the title fight, with the Monegasque driver’s hopes of a maiden title fading in recent races.

Any realistic hope of a championship in 2022 would need to rely on a run of success for Ferrari and likely coupled with errors or reliability concerns for Red Bull.

As he looks ahead to Sunday’s race, Leclerc states that he hopes to achieve a podium result, having only done so once in the last eight races.

“But yeah, we never know. A good first stint, a clean race and I’m sure we can get back to the front.”