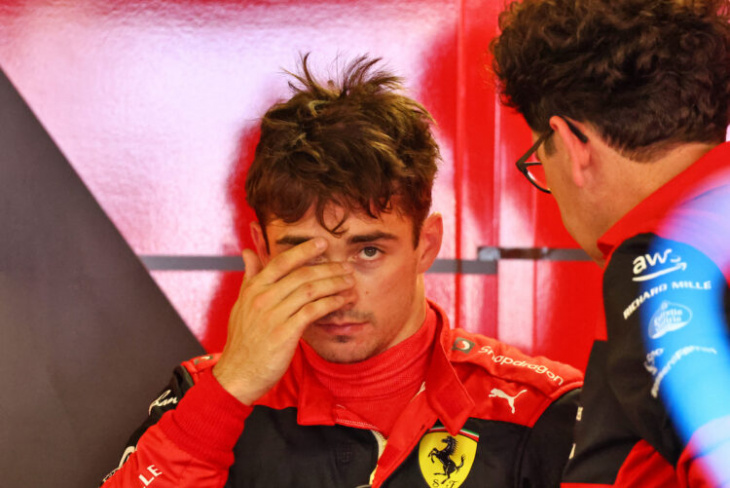 Charles Leclerc has posted a message on social media following the confirmation that Ferrari and Mattia Binotto will part ways.

On Tuesday, the Italian squad announced that it had accepted the resignation of Bintotto, who will officially leave the company after December 31.

Binotto has been part of the Ferrari organisation for 28 years, with a majority of that time spent working as an engineer.

However since 2019, Binotto has been the Team Principal of the organisation and has orchestrated its day-to-day activities.

Ocon criticises Alonso: ‘I did 98 per cent of Alpine work’

His resignation comes following a difficult 2022 campaign for Ferrari in which it was hampered by reliability issues and strategic blunders.

The team appeared to be in championship contention following the opening handful of rounds, but its fight fell away and Red Bull dominated the season.

Leclerc, who took three of Ferrari’s four wins in 2022, took to social media to thank Binotto for his work with the team.

“Thank you for everything, Mattia,” Leclerc write on Instagram.

“We spent four very intense years together, of great satisfaction and also, inevitably, of moments that challenged us.

“My esteem and respect for you never waned, and we always worked with all the dedication to achieve the same goals.

“Best of luck with everything.”

Ferrari has not yet communicated who will replace Binotto at the team for the 2023 season.