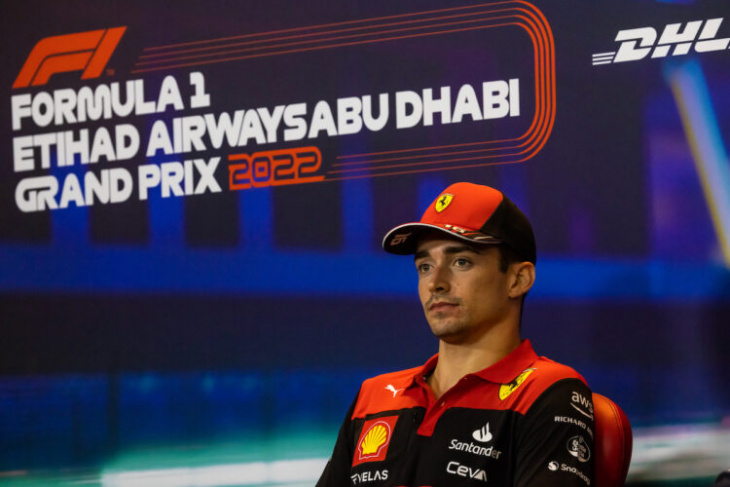 Charles Leclerc has responded to a suggestion that he could join Mercedes in the near future.

As it stands, Mercedes has an opening at its team for the 2024 campaign, with Lewis Hamilton’s contract expiring at the end of next year.

The seven-time World Champion has asserted that he is hopeful of penning a new deal, stating that Mercedes’ slump in 2022 has motivated him to stay in F1 for longer.

However, nothing yet has been confirmed between the two parties.

Leclerc’s contract at Ferrari runs to the end of 2024, having raced for the Italian squad since 2019.

The Monegasque driver made his F1 debut in 2018 with Sauber before Ferrari promoted him to its outfit the following year.

Despite taking a number of pole positions, podiums and race wins throughout his stint with the team, Leclerc is still yet to challenge for a World Championship.

He appeared to be in contention in the early stages of the 2022 campaign, winning two of the opening three races.

But a season of on-track mistakes, strategy errors and lack of reliability de-railed his title hopes.

In a recent interview with French publication L’Equipe, Leclerc insists that his “dream” is to race for Ferrari.

However, the 24-year-old didn’t rule out a potential switch away from Ferrari to rivals Mercedes.

“2024 is still a long time away and there is still a little time left at Ferrari,” Leclerc said. “This team has always been my dream.

“My objective for now is to win with Ferrari. Then we’ll see. I am very happy at Ferrari and I want to win with them.”