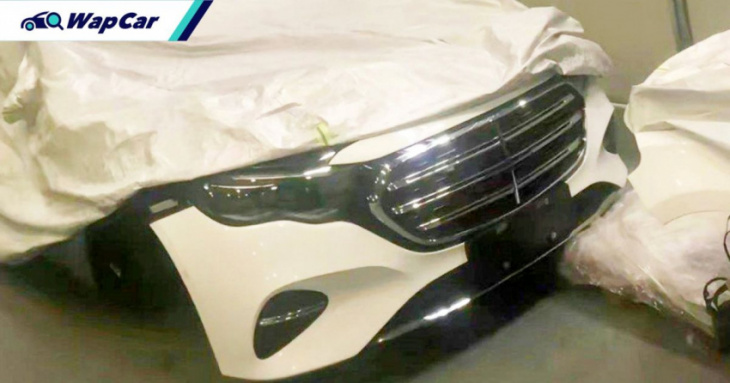 Just days after a photo of what is allegedly the dashboard of the W214 generation 2023 was leaked on Chinese social networks, we now have a sneak peak of its front-end.

Like the dashboard, this photo also originated from Chinese social networks, specifically on xiaohongshu, China’s equivalent to Instagram.

The photo suggests that the all-new W214 generation model will not ape the flagship W223 / V223 styling. Historically, the , E-Class, and S-Class generally maintain a very high level of design continuity, sharing a similar family look. 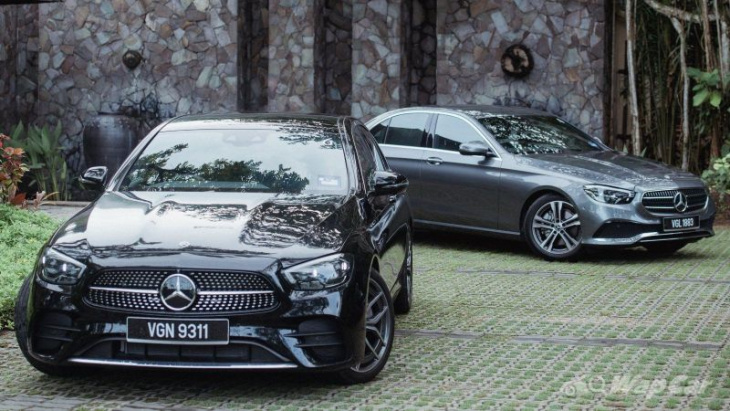 With this W214, there appears to be styling elements borrowed by the EQ series EV models, notably the black surrounds on the edges of the grille.

Since there is no Mercedes-Benz logo on the grille, and it has three horizontal bar slats, this is most likely a grille-bumper set for an Exclusive Line variant (unlikely to be offered in Malaysia). The signature hood ornament is covered (or not yet fitted). 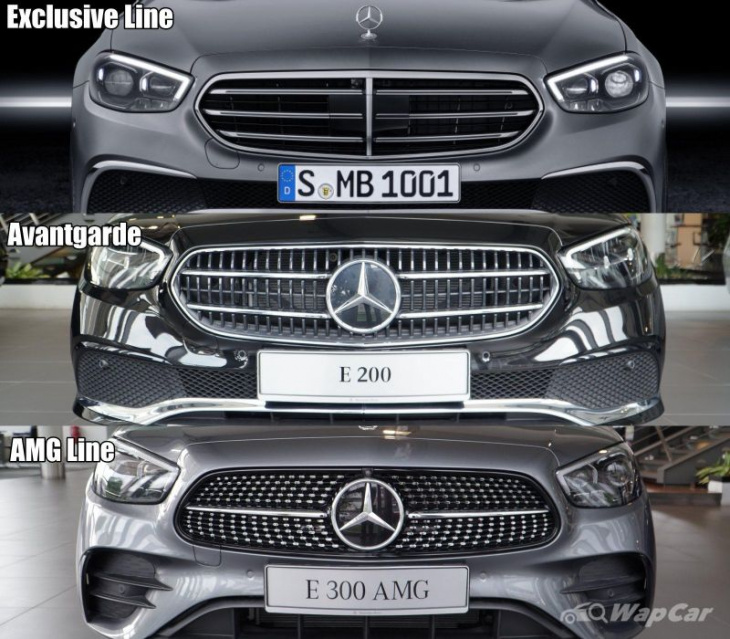 The next generation W214 E-Class is expected to make its global debut sometime in the middle of 2023.

In Malaysia, the facelifted W213 E-Class was launched in July 2021, five years after the pre-facelift model, so you know the model is already due for a full model change.