Watch out if your Honda CR-V is the getaway car. There’s a chance that the engine may fail, so you might not make it very far. The sudden loss of power is risky, and some critics feel as if there should be a Honda CR-V recall.

Does the Honda CR-V have engine problems? 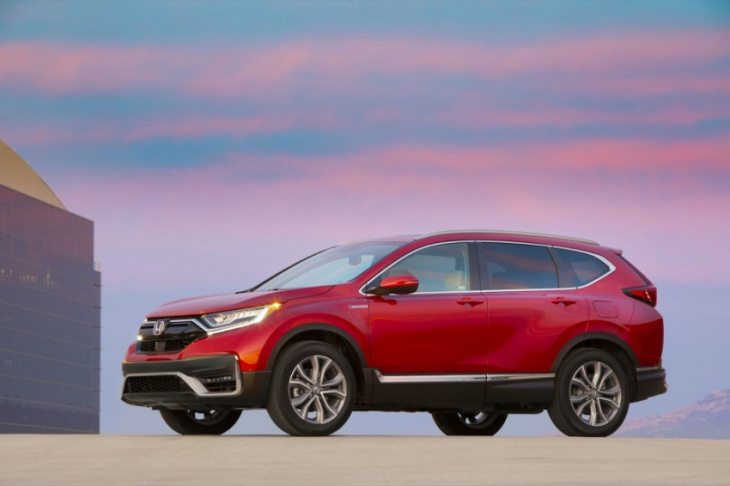 Maybe, the Honda CR-V is currently under investigation due to widespread engine failure. Over 1.72 million Honda CR-V and Honda HR-V models could lose power at highway speeds. This increases the risk of accidents and injuries.

The National Highway Traffic Safety Administration (NHTSA) opened the investigation after receiving several alleged reports over the loss of power. The models involved include 2018 – 2022 CR-V and HR-V SUVs.

The Office of Defect Investigation(ODI) is opening this Preliminary Evaluation (PE) to discover the scope and severity of this potential problem. The potential safety-related issues will be fully assessed as well.

Will the CR-V face a recall?

The Honda CR-V and Honda HR-V could be part of a significant recall to address this potential issue. But a recall could be a few months away. The recall may depend on what the NHSTA finds.

Honda has agreed to work with the NHSTA and is launching its own investigation into the issue. If there is a recall, then you will be notified via mail if your CR-V or HR-V vehicle is at risk. On that note, please be aware that the Honda CR-V Hybrid is included.

If the CR-V and HR-V fall under a recall, then you will need to take your SUV to a dealership for service. We can speculate that technicians will look for damage related to the issue and replace the failing components at no cost to the owners.

It’s possible that you could be reimbursed if you’ve already paid to have this potential problem corrected.

None of these sources have suggested that people should stop driving their vehicles. There are currently no reports of injuries related to the matter.

How safe is the CR-V?

The Honda CR-V is an Insurance Institute of Highway Safety (IIHS) Top Safety Pick. It received a “Good” rating in most of the safety crash tests, which is the highest score possible.

But it got an “Acceptable” score for its structure cage and a “Marginal” rating for its ability to protect the rear passenger’s torso.

It earned “Superior” scores for its ability to avoid collisions at 12 and 25 mpg speeds. At 37 mph, speed was reduced by 30 mph, and a warning was issued 2.2 seconds before impact.

The seatbelt reminders got a “Poor” score because the volume of the reminder is too low, and it doesn’t last long enough.

Also, the child seat anchors are hard to attach, are too deep in the seat, hard to find, and could be confused with other hardware.

The Honda CR-V has an above-average safety rating, even though a few improvements could be made. Stay tuned for details on how this lawsuit pans out.