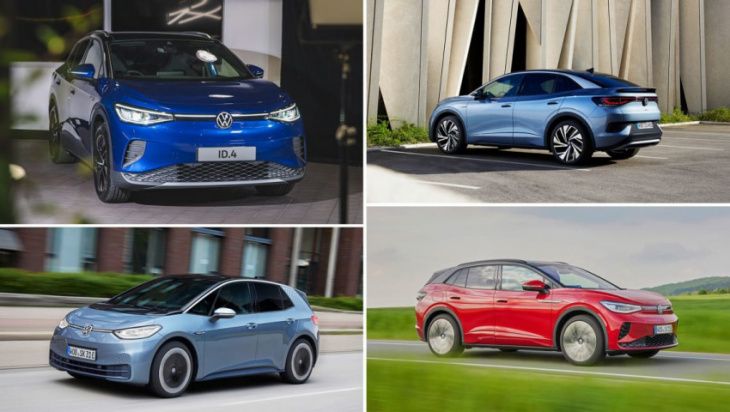 Volkswagen to hold onto combustion longer than rivals, despite outselling Tesla in some parts of Europe.

Volkswagen has plans to keep combustion powertrains around longer than some of its rivals, particularly in light of Volvo’s recent announcement that it would be pulling the plug on its combustion cars early in Australia.

Speaking to CarsGuide at a preview drive of the ID.4 which is finally set to arrive in Australia in 2024, the brand’s representatives predicted Australia would hold on to VW combustion tech later than Europe.

“We’re starting so far behind Europe,” explained VW Australia’s communications boss, Paul Pottinger. “In Europe, VW won’t be selling any more ICE vehicles past 2035, it’s hard to say when that date will be for Australia, but it’s fair to say it will be later.

“Ultimately it won’t be our choice, but a customer choice. Every second, one of our customers is indicating that they want to buy an EV as their next car,” he said.

“Production lines changing [to suit EVs rather than combustion cars] will work in our favour, we don’t see that as a negative thing.”

Volkswagen is more temperate in its approach to the EV market than some of its competitors, especially brands like Polestar which has been bullish in their chances against the dominant EV player – Tesla.

Speaking on when VW thinks it can overtake Tesla in Australia as it has done in many locations in Europe already, Mr Pottinger was more measured. 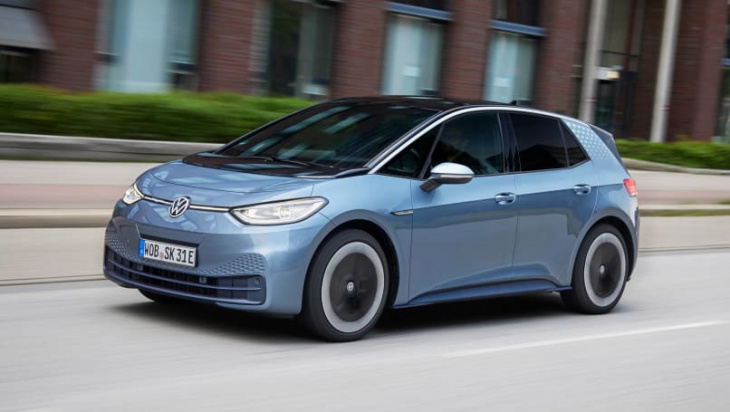 The ID.3 hatchback is expected to arrive soon after the larger ID.4 SUV.

“It’s going to take a long time before we can ramp up to that,” he said. “By 2026, we expect around 20 per cent of our showroom in Australia will be fully electric. We’ve had the biggest issues with supply in the last few years, the semiconductor shortage, and the war on Ukraine which has put limits on our numbers.

“We’ll be selling a lot more cars [in Australia] just generally by mid-decade, and if EVs make up 20 percent of that it will be a significant number,” he said.

“The ICE range will simplify in the coming years, and the EV range will move to populate those spots. We expect to see big numbers within this decade.

“Tesla is doing well simply because there has been no real competitor so far. That will change in the coming years, too.”

In comparison to VW’s moderate approach, Volvo has recently announced a plan to cull combustion entirely early in Australia by 2026, a full four years ahead of its global ambition to be EV-only by 2030.

Volkswagen globally has stated only half its sales will be electric by 2030, leaving the door open to significant combustion vehicle sales outside of Europe where new laws will essentially require all newly registered vehicles to be zero emissions by 2035. 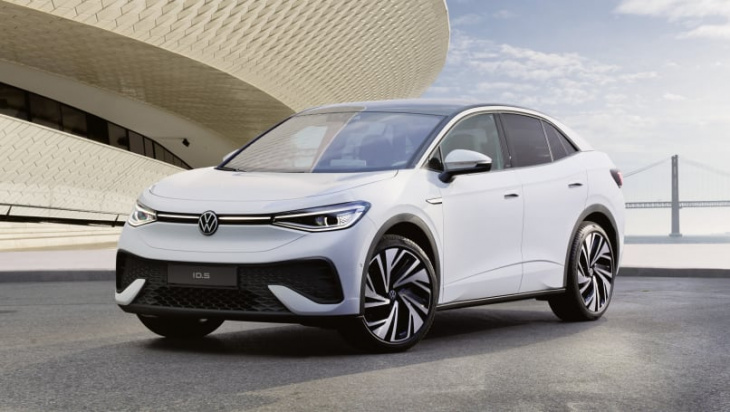 The ID.5, which is a coupe spin-off of the ID4, is confirmed for Australia but will arrive at a later date.

The ID.4 SUV range, which debuted back in September 2020 in Europe, is not set to arrive in Australia until late 2023, with the ID.3 hatch, potentially the ultimate replacement for the Golf, looking to arrive shortly afterwards, despite earlier information that the ID.3 would be delayed until its next facelift.

Pricing has not yet been locked in for initial arrivals, but VW’s local representatives have stated the ID.4 is expected wear an early-to-mid $60,000 price-tag when it arrives next year. This would place the mid-sizer closer to the Tesla Model 3 and Polestar 2 than its SUV rivals like the Tesla Model Y and equivalent versions of the Hyundai Ioniq 5.

The launch variant is expected to be equivalent to the overseas Pro Performance grade, sporting a 150kW/310Nm electric motor on the rear axle, with specifications roughly equivalent to the current Tiguan R-Line. It will ship with the larger of two available battery packs, a 78kWh unit providing a WLTP-certified 522km of driving range.

Other variants available overseas, like the GTX performance variant, all-wheel drive versions, and the ID.5 coupe SUV spin-off will also launch in Australia at a later date.

Keyword: Later than Volvo but sooner than Toyota? VW hints at expiry date on its combustion range in Australia, as well as when it expects to be able to rival Tesla