Land Rover Defender from James Bond movie to be auctioned 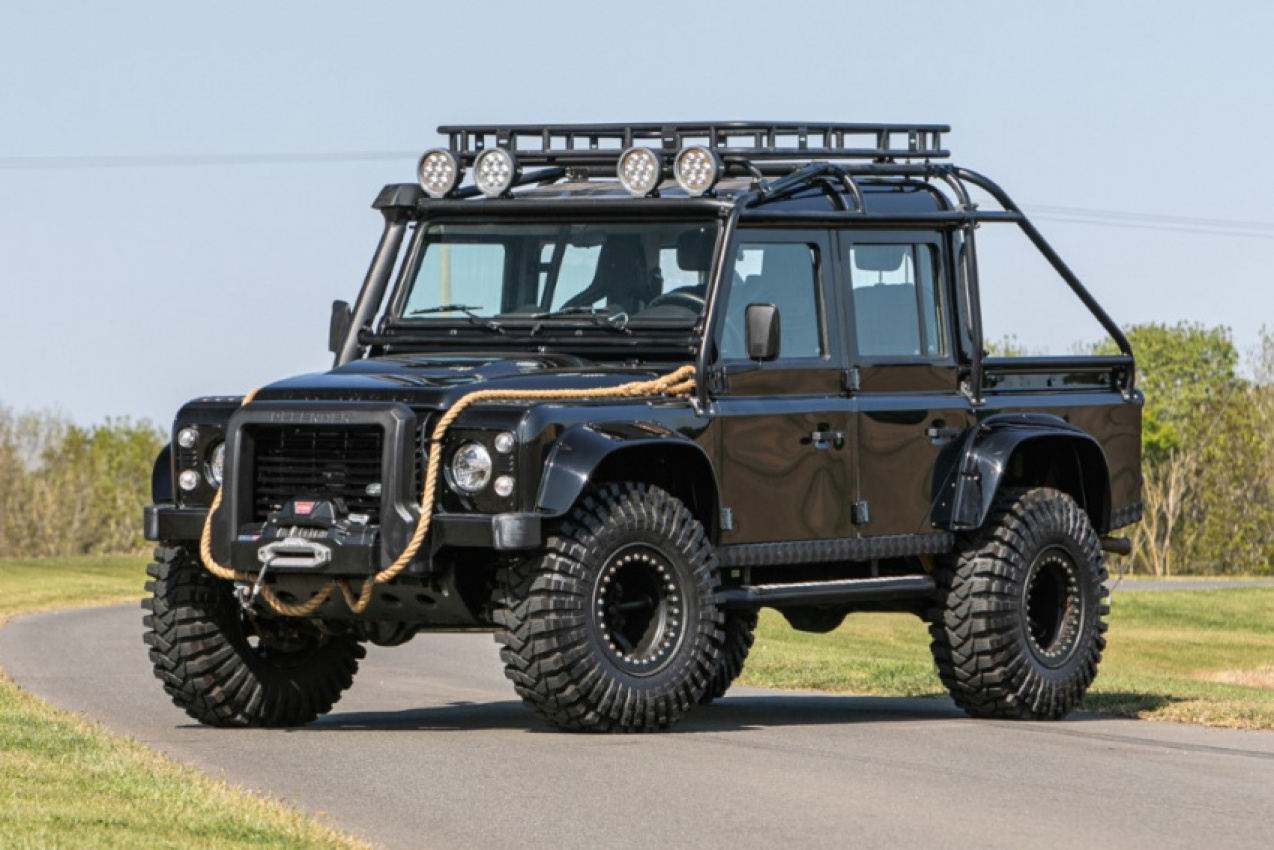 LONDON: A rare opportunity to own a Land Rover Defender used in the James Bond film, Spectre, is set to star in Silverstone Auctions Live Online sale on May 23.

Eon Productions commissioned 10 special 110 Defenders from Land Rover and with the help of Bowler Motorsport, specialist Land Rover modifiers, they converted them into the ultimate getaway cars.

Bowler Motorsport added huge 37-inch tyres, a heavy-duty roll-cage, stiffened up the suspension and among other things installed a hydraulic hand brake to spice up the action. The engine was also tuned to 180bhp.

There were two specifications of cars produced, one for the high-speed getaway road cars and the others for the snow scenes of which this is one of those.

Only seven of the ten specially produced cars now survive and this car is number 9, three were destroyed during filming, no surprise there!

Nick Whale, Silverstone Auctions Managing Director commented: “This is a very special opportunity for someone to own a piece of Bond film history. The rarity of these means they don’t come to market that often.”

“Anything from the Bond franchise attracts worldwide interest and this Land Rover is almost as it was from the day it left the film set. It will need registering if you wish to use it on the road and it comes with a file of correspondence including details of when and where the car was to be used in the film.”

This is the incredible scene where dozens of modern Range Rovers have been left out to rust on a Welsh hillside. A YouTuber stumbled across the collection of Solihull’s favourite all-terrain vehicle on the bleak hillside. Much of the collection dates from the late 1990s to early 2000s, and features ...


View more: Inside the Range Rover graveyard hidden in the Welsh countryside

Inside, there's room for eight.

The next-gen 2023 Range Rover Sport made its Australian debut during a special function in Sydney earlier this week, with media, clients and special guests treated to an artistic display complete with cinematic drama and live music. Land Rover selected Carriageworks in Sydney as the location for the debut, which ...

Luxury car maker Jaguar Land Rover is cutting activity at its Solihull factory until the spring as it battles with a global shortage of semiconductors. The company said production would be reduced at the plant between January and the end of March as it prioritises more profitable models. Semiconductors are ...

Jaguar F-Pace – The Telegraph Jaguar Land Rover is being forced to cut the production of cheaper models at at least one of its plants as it battles a worsening parts crisis. The car maker (JLR) will move to one shift per day from two at its Solihull plant ...

Some buyers will be waiting up to 12 months as the order books fill for the popular Range Rover Sport. Land Rover may have just unveiled the first Australian examples of its highly anticipated new-generation Range Rover Sport, but warns wait times may be long depending on which variant ...


View more: Land Rover Killed Its Most Iconic SUV, but Devoted Defender Fans Brought it Back

How reliable is the Land Rover Discovery Sport?

A Land Rover With Spanish Flair Is Listed on Fourbie Exchange

Land Rover Trek is not for the faint of heart

The Insider: Jaguar Land Rover CEO on the rise of the PHEV

Land Rover Is Asking a $45,000 Premium for This Special Edition