The former Ferrari GT customer team will run Lamborghini GT cars in 2023, then a new Lamborghini LMDh car in both IMSA and the World Endurance Championship in 2024. 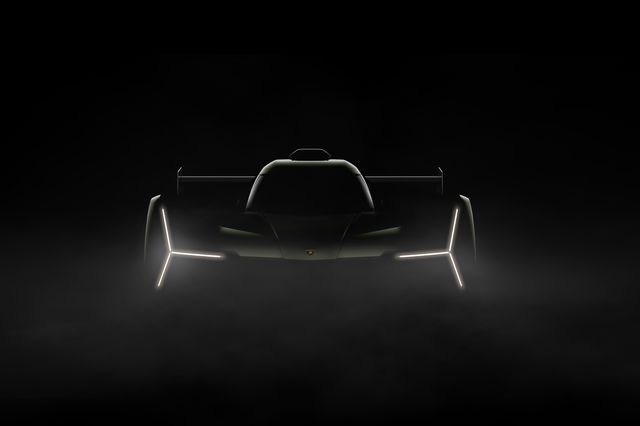 While the focus of the sports car racing world has been on Ferrari, BMW, Acura, Cadillac, and Porsche’s new-for-2023 prototypes, Lamborghini and Alpine have already announced that they will join the field in 2024. Planning is already well underway for those programs, with Lamborghini already unveiling a teaser photo of their car and announcing that it will be wholly unrelated from the 963 already revealed by their corporate partners at Porsche. Now, Lamborghini has announced a major team partnership that will make up a core part of the program.

Iron Lynx, a current Ferrari team that entered four cars in the GTE-Am class at the 2022 24 Hours of Le Mans, will partner with Lamborghini’s Squadra Corse customer racing program to run cars in both the FIA World Endurance Championship Hypercar class and IMSA GTP class in 2024. Although there is time for other programs to join the fold, that should make Iron Lynx the company’s biggest partner in its assault on the 24 hour races at Daytona and Le Mans.

In 2023, the team and manufacturer will work together in GT3 categories in both the U.S. and Europe. That will include an IMSA endurance program, headlined by a 24 Hours of Daytona debut for the program’s women-driven Iron Dames team.

Iron Lynx is part of DC Racing Solutions Ltd, a partnership between the team and Formula 2 powerhouse Prema. That deal should give the GT team access to the open wheel and LMP2 team’s significant experience with downforce cars, making the transition to top-class racing much more smooth than it might otherwise be. Prema previously won the Formula 2 team’s championship in both 2020 and 2021, also winning drivers titles with Mick Schumacher and Oscar Piastri in those seasons.

The unofficial renderings bring color to the black-and-white sketches.

Italian automaker Automobili Lamborghini is looking to cross the century mark in sales in the Indian market this year on the back of a record showing in 2022, according to the company’s country head Sharad Agarwal. The company, which sells a range of super luxury cars with prices starting from ...

Despite the considerable weight, the performance of the hefty LM 002 was on par with the supercars which Lamborghini had accustomed its public to. With its powerful V12 engine and all-wheel drive, the LM 002 could climb a 120% gradient and reached a top speed of 210 km/h, with an ...

Did BMW understate the power figures of the X7 M60i?