A total of nine cars are affected. 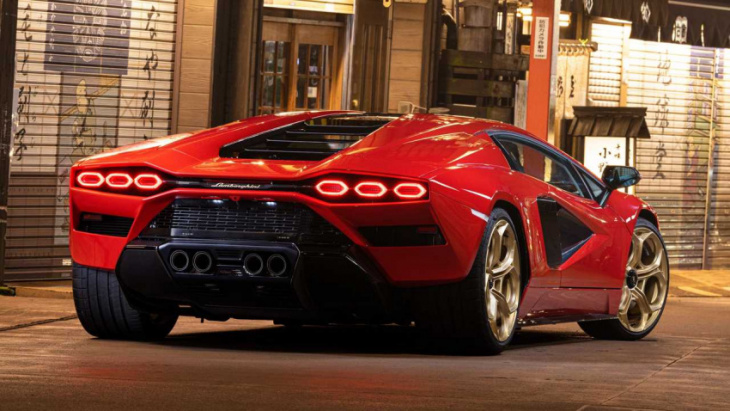 Deliveries of the Lamborghini Countach LPI 800-4 in the United States started in August this year with the first two examples displayed at the 2022 Monterey Car Week. At a private ceremony, attended by Stephan Winkelmann, Chairman and Chief Executive Officer of Lamborghini, the keys to the two supercars were given to their new owners. However, soon they will have to return the keys back to the automaker for a quick service inspection as there might be issues with the glass engine cover.

The National Highway Traffic Safety Administration has announced a recall for a total of nine units of the reborn Countach distributed worldwide. The agency’s bulletin says the cars were produced between June 30 and July 28 this year and that the initial report about a potential problem came from the Qatar market in early October. A possible issue with one of the four glass panels on the rear bonnet of the supercar was found and Lamborghini started an internal investigation.

Gallery: First Lamborghini Countach LPI 800-4 In The US

On October 25, the marque headquartered in Sant’Agata Bolognese announced that after internal analysis and testing, the defect was discovered as an error in the supplier’s assembly phase concerning the bonding of the glass panel. No reports from other markets were received at the time, but it was not possible to exclude that other panels could fully detach from the rear bonnet. Eventually, Lamborghini presented the results of the investigation to the Lamborghini Product Safety Committee on November 10, which decided to launch a proactive recall worldwide.

The NHTSA says nine vehicles could be affected by the problem and Lamborghini will inspect each one of them for appropriate bonding of the glass panels. If imperfections are found, the glass panels will be replaced according to the manufacturer’s specifications. All nine vehicles are still under warranty.

As a reminder, the reborn Countach LPI 800-4 is the quickest and fastest Countach ever built by the Italian manufacturer. With a V12 engine working behind the seats in tandem with an electric motor, the supercar has 803 horsepower (599 kilowatts) on tap. The sprint to 60 miles per hour (97 kilometers per hour) takes just 2.8 seconds.