Los Angeles may be known as The City of Angels, but it’s clearly a City of Drivers. No wonder automakers use its annual auto show as a platform for some of the biggest reveals of the year.

For 2022, brands like Subaru, Toyota, Lucid, Porsche, and Genesis brought new production models to reveal, as well as concepts to tease future production models. Fiat even brought a number of one-off projects designed in partnership with iconic Italian fashion houses to promote the 500e coming (back) soon to a North American dealer near you.

Here’s a recap of the biggest reveals and news at and around the 2022 LA Auto Show. 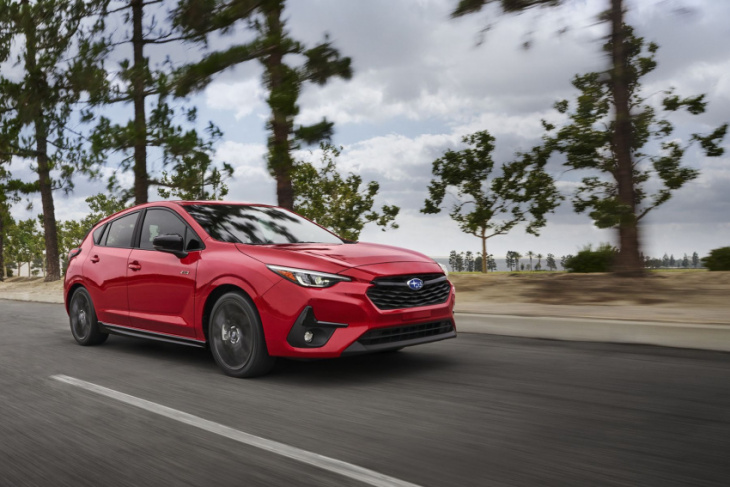 When does a hatchback become an SUV? Subaru is thoroughly exploring this question in the just-revealed 2024 Impreza, which looks no small amount like the brand’s sport-cute Crosstrek. It also shares a number of mechanical elements such as the two “H4” engine options, both of which connect to a Lineartronic CVT with manual paddle-shifter mode.

Subaru says it has upgraded over 80 per cent of componentry, including a dual-pinion electric steering system borrowed from the WRX, for improvements in fuel economy and performance. Of the four trims that will come to Canada, one of them is a national-exclusive. Both the top-end Sport-Tech, which will not be available South of the border, and the RS use the larger 2.5L engine, while the Convenience and Touring models get the 2.0L H4. 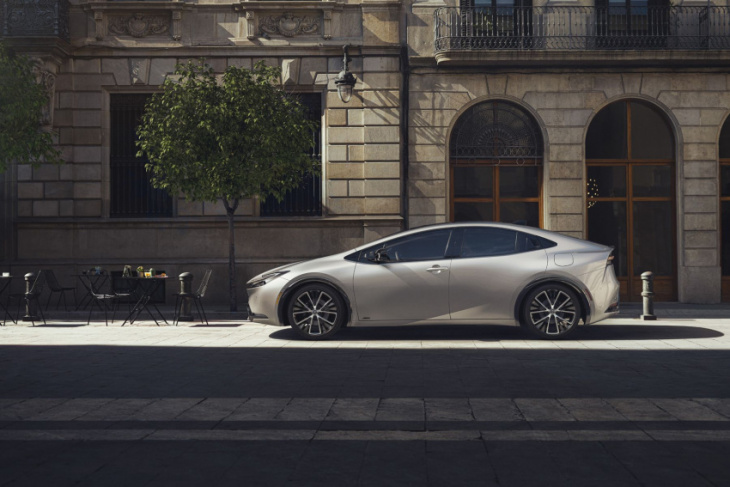 It’s clear that Toyota’s focus for the 2023 Prius was performance and power, and not efficiency. For proof, just bring out the stopwatch. Off the line, the new Prius can get to 100 km/h in 7.2 seconds, 2.8 seconds faster than the previous model, thanks to a boost in horsepower (196 hp total) from the 2.0L Atkinson-cycle four-cylinder and lithium-ion battery-powered rear electric motor.

On-Demand AWD is standard, and the Canadian base model, the XLE, will be more efficient than the outgoing model. It will likely achieving around 4.3 or 4.4 L/100 km, but will not be as improved as the American base, the LE.

Emissions did seem to be the priority with the Prius Prime, however, as Toyota gave it a larger 13.6-kilowatt-hour lithium-ion battery that it says improves the battery-powered driving range by around 50 per cent for a total of over 60 km. Acceleration to 100 km/h can be done in 6.8 seconds in the Prius Prime. Get more details on the upgrades, and a good look at the lower and sleeker profile at the 2023 Prius and Prius Prime here. 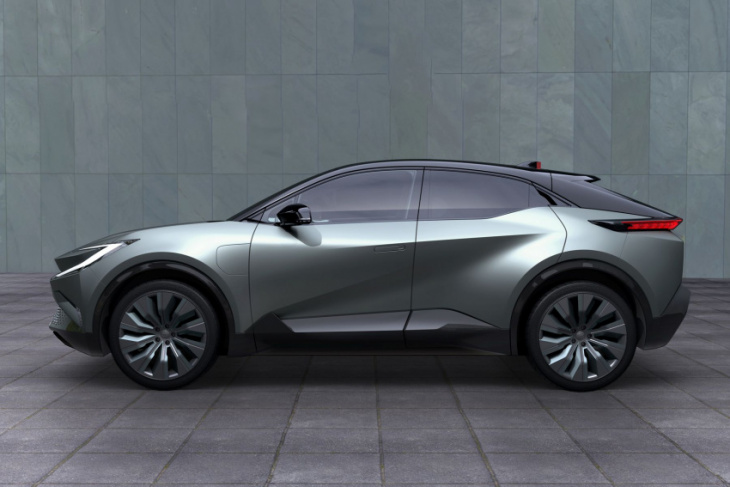 Toyota also brought a new electric compact SUV to L.A., calling it the evolution of the BZ or “Beyond Zero” brand. Based on looks and size, it probably shares the e-TNGA platform with the recently revealed Lexus RZ, which is one of the reasons we’re interpreting the company’s claims that we should see a production version of it at dealers in the “very near future” — meaning within the next 18 months. That minimalistic or “clean-vital” interior shouldn’t slow down production too much either. 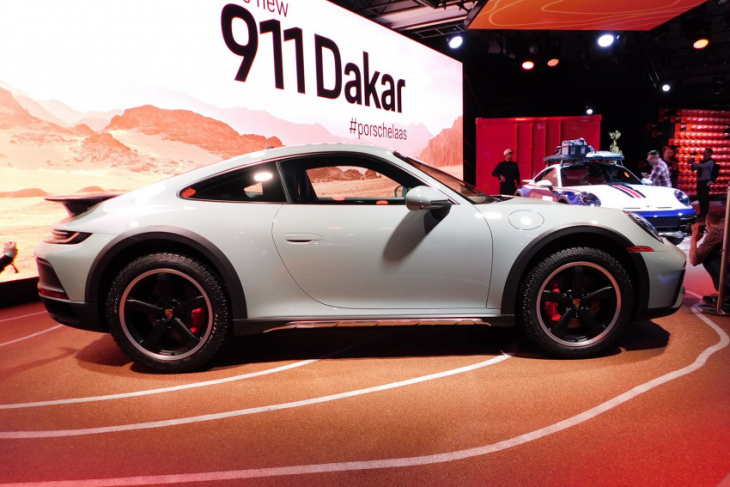 Porsche will build just 2,500 Porsche 911 Dakar models, and it had two of them (plus an old one) at the LA Auto Show. And what better way to pay tribute to the brand’s multiple victories at the Paris-to-Dakar race in the mid-’80s than with a lifted and kitted-for-adventure modern 911 displayed in the City of Angels Drivers?

The 2023 Dakar has a max ground clearance that’s 80 mm greater than the Carrera fitted with sports suspension, and can maintain that height at speeds up to 170 km/h. Porsche dipped into the GTS collection for the powertrain, fitting the off-road 911 with a twin-turbo 3.0L flat-6 engine making 473 horsepower and 420 lb-ft of torque, enough to get the car from zero to 100 km/h in 3.4 seconds.

Inside, there are two bucket seats, no rear seats, and Race-Tex surfaces with Shade Green stitching, a colour that’s also available as an exterior finish. Other finishes include the optional Rallye Design Package ($34,490) with two-tone blue-and-white paint, white wheels, a ‘Roughroads’ logo on the doors, and a race number from 0 to 999. 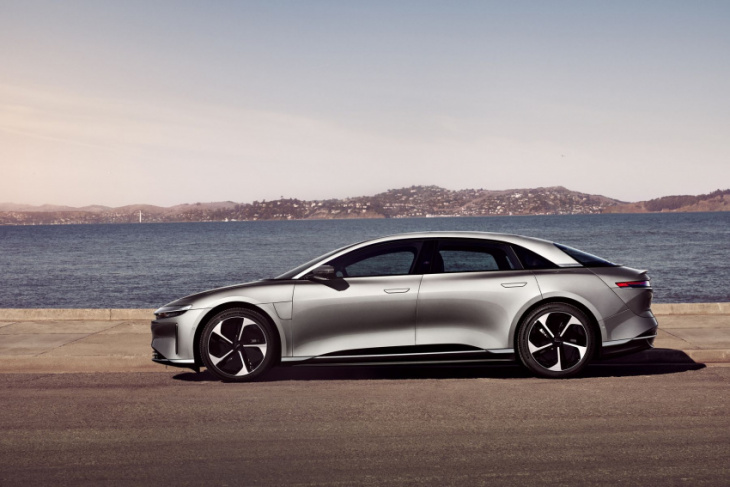 California-based EV brand Lucid came out strong during its home-turf event with news about the 2023 Lucid Air Pure and the 2024 Gravity. The newest versions of the four-door sedan, the Air Pure and the Air Touring, are inbound, with the first of two Pure models, a dual-motor AWD with 480 hp, arriving by the end of 2022. That will be followed by a single-motor RWD version in 2023. Both will receive Lucid’s DreamDrive advanced driver assistance system as standard and have the option for the DreamDrive Pro’s 32-sensor system as an upgrade.

Then there’s the 620-hp Air Touring, which is the most energy-efficient EV ever at 7.44 km per kWh; and the most aerodynamic, with a coefficient of drag of 0.197, which in turn helps with range and acceleration. The Touring with the Long Range battery slips along for 685 km per charge, and can accelerate to 60 mph (96 km/h) in 3.4 seconds. Impressive, but not nearly as much as the 1,200-hp Sapphire version of the Air, which does the same stunt in 1.89 seconds. 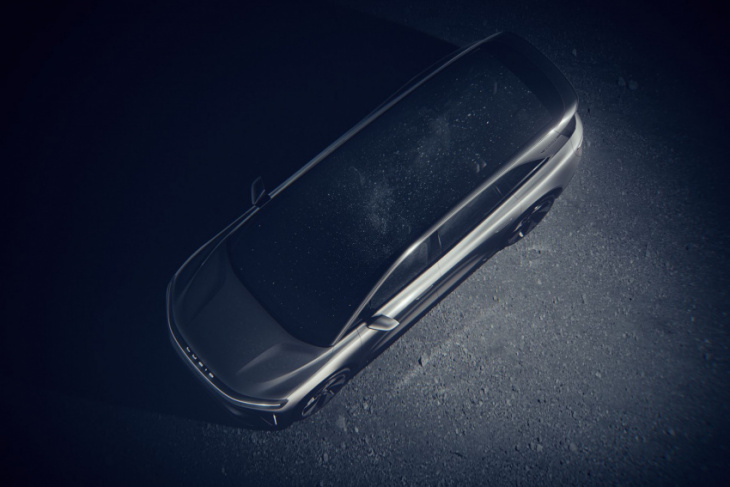 But more importantly for Lucid’s sales sheets, the brand’s first electric SUV, the 2024 Gravity, is also in the works. Not much is known just yet, but our guess is there will be an entry Pure model with 480 hp, a mid-level 620-hp Touring model, and a 1,050-hp Grand Touring model, each with a dual-motor and all-wheel-drive setup.

And based on Lucid’s claims of range supremacy in the EV realm (or, at least, second only to the Air) it’ll likely also be getting a more substantial battery pack than the 18-module “Long Range” and 22-module “Extended Range” available in the sedan. Lucid plans to offer the Gravity with two or three rows and seating for five, six, or seven. Reservations should open early 2023 and deliveries follow in 2024. 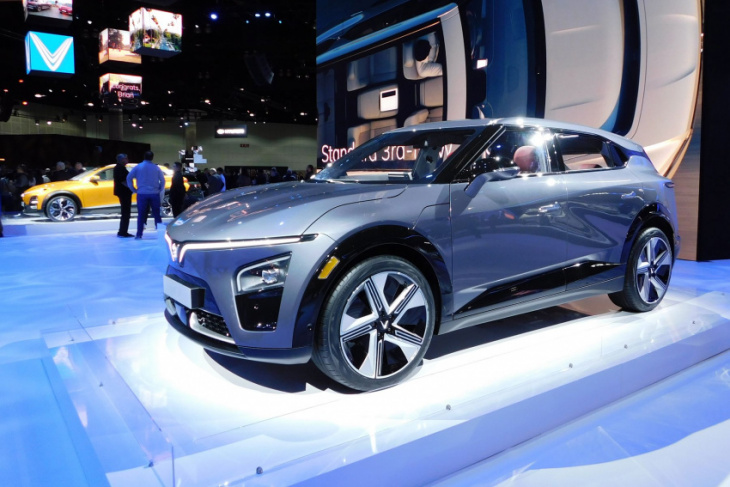 Vietnam’s VinFast used the attention at the L.A. Auto Show to garner interest in its two newest products, the VF 6 and VF 7 SUVs. The smaller B-segment VF 6 is built in a 174-hp Eco trim; and a 201-hp line-topping Plus trim, both of which use a single motor to drive the front wheels only. All-wheel-drive is an option on the midsize VF 7 in the 349-hp Plus trim, but the entry-level 201-hp Eco runs the same single-motor setup as the VF 6. Eco trims in both SUVs will be fitted with a steel roof and cloth seats, while the Plus models will get vegan leather seats and a panoramic sunroof.

The new 6 and 7 nameplates follow VinFast’s existing VF 8 and VF 9, both of which are on display at the recently opened, first Canadian dealership location in Toronto’s Yorkdale Mall. 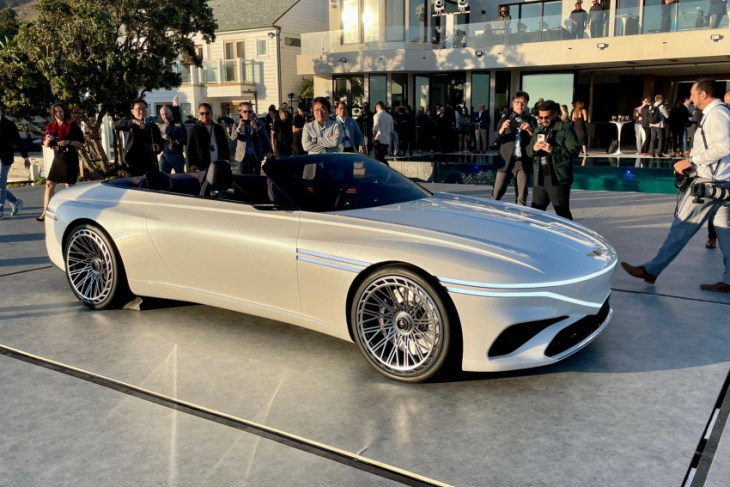 Genesis couldn’t even wait for the L.A. Auto Show to officially open before dropping its new concept, the X Convertible. The folding hardtop is the final in the brand’s “EV trilogy,” adding to the two-door GT X Concept and the X Speedium Coupe. With the same long hood and muscled flares, the car is being touted by Genesis as the “purest form” of X Concept and a “beacon” for the company.

Below the roof, Genesis also took a different approach to the interior than for the other Xs, pulling inspiration from Korean architecture and adding woven pad wraps that contrast the upholstered seats with orange stitching.

“It is the normal development of Genesis to increase the athletic and emotional facet of our design philosophy by creating an emotional trilogy in the X family,” said Luc Donckerwolke, Chief Creative Officer. “We are in the process of transitioning Genesis into a company that will deliver products for customers to enjoy.” 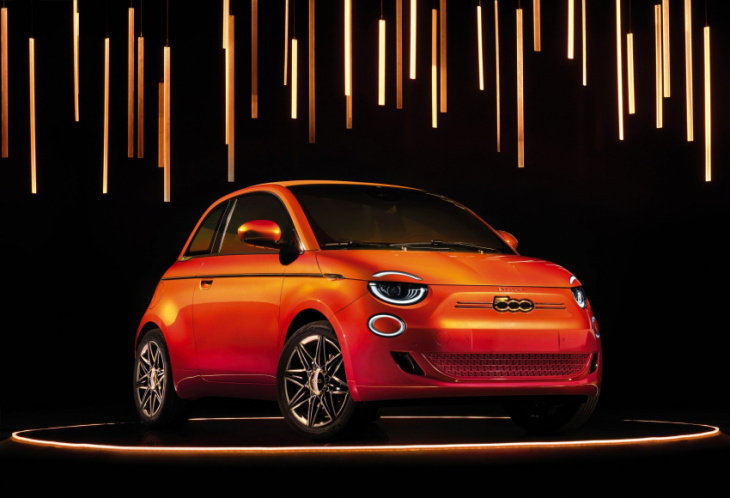 Fiat used three one-off versions of its 500e designed by the Italian fashion houses of Armani, Kartell, and Bvlgari to announce that it will be bringing the Fiat 500e to North America. It’s cool to see Bvlgari’s “Mai Troppo” [Italian for “never too much”] interpretation of the small BEV done in a saffron paint with gold powder recovered from jewelry production and seats with teal leather and more gold details, even it it doesn’t reveal much about how the car will look when it arrives.

The Stellantis-owned company says the plan is to debut a North-American-spec model in 2023 and launch it in Canada early in 2024. “The new 500e is more than a car, it is a social project to feed America’s appetite for change toward sustainable mobility,” said Olivier Francois, Fiat CEO and Stellantis CMO Global.

The new Subaru Outback XT turbo has landed in Australia, with the official launch set to take place next week. It becomes the new flagship model series in the 2023 lineup. We spotted these examples at a holding yard in Sydney today, featuring the interesting new 2.4-litre turbo-petrol flat-four engine. ...

Always wanted to be a rally expert but never had the right car for the job? Well how about a former WRC 1997 Subaru S5 WRX rally car, raced by the late Colin McRae? It doesn’t get much better than this. This WRX rally car is going up for auction ...

What Comes With a Fully Loaded 2023 Subaru Crosstrek?

Skip the 2023 Subaru Outback Base Trim; Buy This Instead

The Most Reliable Compact SUV Isn’t a Honda or Toyota

What Was the Subaru BRAT, and What Does ‘BRAT’ Stand For?

What Comes With a Fully Loaded 2023 Subaru Forester?

The Most Complained About Subaru WRX Model Years