Veteran racer happy to take about just about anything but his 2023 contract status. 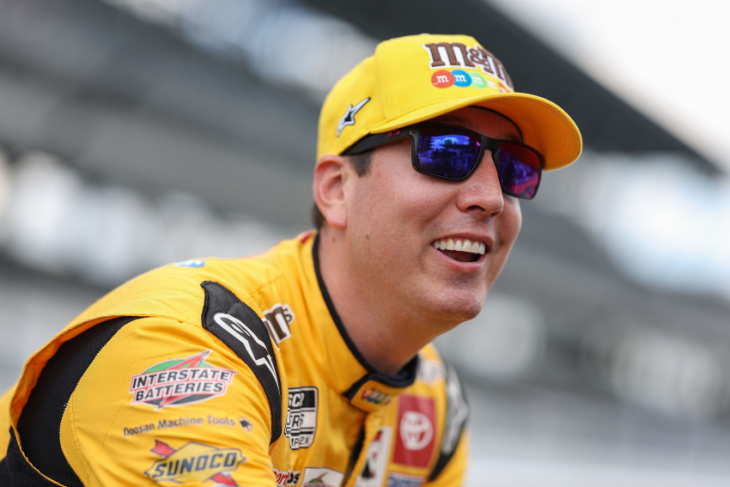 Kyle Busch was so sure he knew what was coming that he was ahead of time with his answer. He was ready before the first question during his Saturday afternoon presser in the media center at rain-plagued Daytona International Speedway.

“Hold on, first I have an announcement to make,” he said with great dramatic effect. “Everybody ready? Ok … there is no announcement. Good? We all good? We clear? Moving on.”

The two-time Cup Series champion was letting it be known early-on that had no news about his ongoing contract stalemate with Joe Gibbs Racing. Long-time sponsor M&M Mars is done after this season, its 15th as Busch’s primary sponsor. Team owner Gibbs hasn’t been able to find a replacement, and that’s led to the season’s most-watched personnel saga. 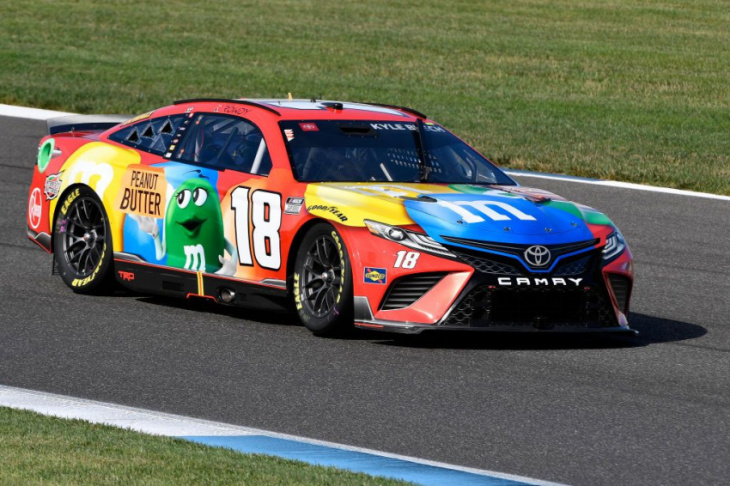 Kyle Busch’s familiar No. 18 will be without the M&Ms colors next season. It might also be without Kyle Busch.

Despite Busch’s opening (non)statement, a reporter couldn’t resist the temptation to ask if, at any point during the current negotiations, Gibbs had tendered a contract? Busch handled it better than some would have expected.

“What did I just say?” he answered patiently. “I said there was no update. This is not the place to start airing any dirty laundry. Just trust me, in time things will work out. And what happens, happens. Again, answering that question could either be positive for me or detrimental for me. So, it’s fair to say I cannot answer those sorts of questions.”

But unlike some similar pressers in the past, Busch was more than willing to talk about anything except his contract status. Several hours later, NASCAR postponed the Coke Zero 400 from Saturday night until Sunday morning at 10 a.m. ET. Even ahead of that, Busch was predicting how much more aggressive some drivers would be willing to be with Playoff spots on the line.

Playoff Push Will Be Physical

“The biggest thing with this (Next Gen) car is that people are seeing it take little hits, a bit more racing hits,” he said. “You know, knocking each other out of the way and pushing on each other a little bit and leaning on the bodies. The bodies are way, for sure, more durable, but the chassis components still have a tick of weakness to them. You know, you can bump the fence or somebody else and bend a front or rear tow rod.

“So those are the things you’re cautious of or more cautious of … those wheel hits. But the body stuff, yeah, everybody’s taking full advantage of that and leaning on everybody a little bit more. We all saw there was going to be an opportunity with this car with its composite body. And you know, the parity plays a part in that because these cars are more similar in speed.”

Despite only one victory this year, Busch is solidly in the 16-driver Playoff field. He’ll gain some Playoff points with a victory and strong stage runs, but he’s unsure if he wants to be conservative or race like he always has. Much of it comes down to whether he can help JGR teammate Martin Truex Jr. get in the Playoffs.

“I’m still on the fence about it,” he said of the conservative-vs-charging question. “I want to go out there and race because when you go out there and race, you’re around people at the front for much of the day. They get a chance to be around you, see how you run, see how fast your car is, see if they can work well with you. But on the flip side is if you’re around them and you’re wiped out or they’re wiped out. So, I don’t know.

“If I could guarantee myself a lead-lap spot, stay on the lead lap by being a half-lap down the whole race, I’d probably take that. And then what restart do you go on? Do you go on the restart with 10 to go or on the third overtime restart? Which one do you go on? I don’t know. You need to put yourself in a spot or get yourself worked into a good spot before that final pit stop.”

And About Brother Kurt…

Finally, some words about his older brother Kurt, eligible for the Playoffs but sidelined while recovering from concussion-like conditions. His unexpected withdrawal early in the week opened a spot in the Playoff field; instead of one available place, there are now two.

“He’s down right now,” Kyle said. “He wants to be here. He wants to race and put on a helmet again and get back in that race car. He’s a talented and driven individual who wants to go out there and do what he loves to do. I respect his decision and the news he gave earlier this week for relinquishing a Playoff spot.

“I think that’s mighty strong of him. He’s relinquishing that spot for others to be able to go out and race with his unknown status at this time. So, I think that was very strong with him. And yeah, I think that’s going to bode well.”