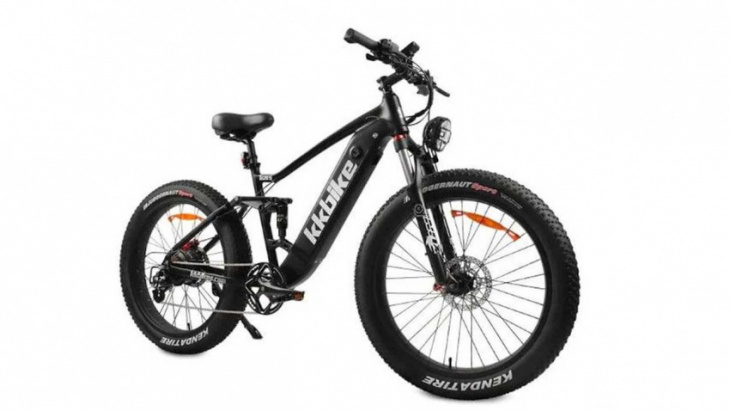 A new full-suspension fat-tire electric bike is promising high performance for a relatively low price. The newly released model is known as the KKBike K26 S. With rugged, full-suspension electric bikes rapidly growing in popularity both among outdoor enthusiasts and commuters alike, the K26 S certainly stands the chance to make a name for itself, especially considering its budget-oriented setup.

The bike’s primary selling point is its full suspension frame, which includes an adjustable front fork and rear shock. Although the bike weighs 33 kilograms, the thick tires and full-suspension frame should provide a rather comfortable ride, especially on really rough terrain. A Shimano 8-speed drivetrain, LED lighting, a color LCD display, a USB connector for charging the rider’s phone, and hydraulic disc brakes are all included as standard parts of the bike. Additionally, the K26 S has a set of plastic fenders that are perfect for keeping mud and filth off your clothes during regular commutes.

Performance-wise, it seems like the KKBike K26 S has more than enough power to provide an exhilarating ride, despite its welterweight construction. It packs a hub-mounted Bafang 750W continuous-rated motor. That motor should provide a claimed peak power rating of 1,200 watts and an estimated torque rating of 85 Nm. Further, KKBike specifies that the bike’s top speed is 31 miles per hour. Thanks to all these features, as well as its punchy motor, the K26 S appears to be more than capable of moving across difficult terrain at high speeds.

Now, I mentioned earlier that the KKBike K26 S is a budget-oriented e-bike, so just how much will you have to pony up to take this rugged all-terrain e-bike home? Well, no more than $1,999 USD. Indeed, the KKBike K26 S is a lot more affordable than the vast majority of full-suspension e-bikes in the market, and is surely worth considering especially for those looking for a bit more versatility and comfort out of an e-bike of this caliber. 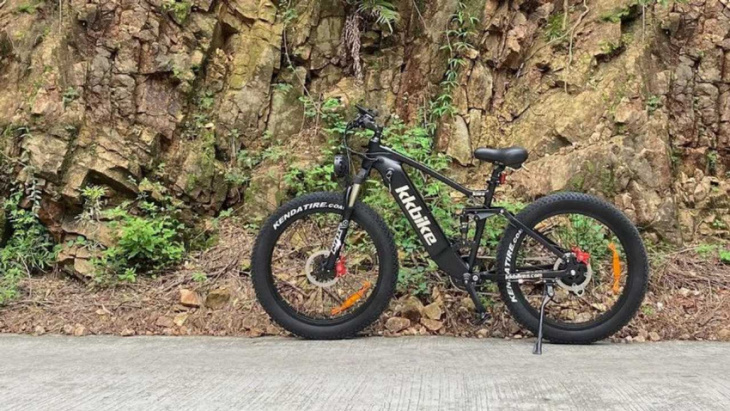