Yep, Kia is working on a brand new ute (or pickup truck, if you prefer that description) which will compete against the likes of the Toyota HiLux and Ford Ranger in Australia. It’ll boast turbo-diesel and turbo-petrol engine options, as well as a fully electric package, according to our insider info. 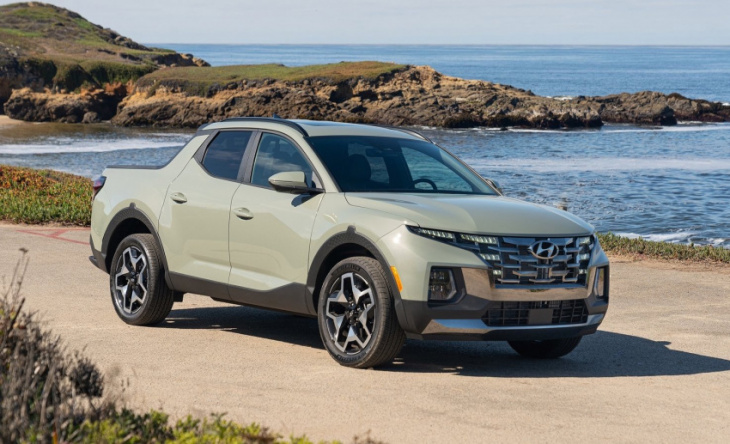 Information given to PerformanceDrive from a source close to Kia, who prefers not to be mentioned, outlines some very exciting stuff. According to the details, which are preliminary at this stage, the new model will not be based on the Hyundai Santa Cruz pickup sold in America, which is based on the current Tucson/Sportage‘s N3-based platform. Instead, it’ll feature a more heavy-duty body-on-frame layout.

A more rugged platform will help offer a braked towing capacity of up to 3500kg, matching the class standards. This type of layout will also support decent payload capacities (depending on the powertrain), and contribute to proper off-road capability. We haven’t seen information on the approach or departure angles yet, or the ground clearance, but we’d expect such measurements to rival the popular aforementioned contenders. 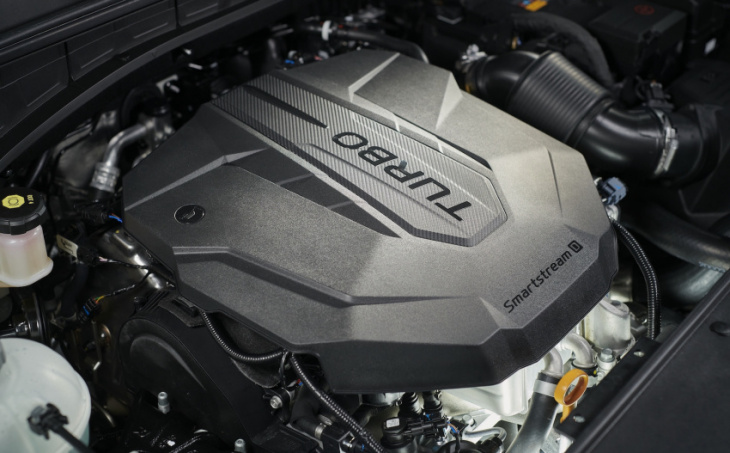 As far as we know, three main powertrains are on the cards for Australia. Firstly, Hyundai Motor Group’s latest D2.2 turbo-diesel four-cylinder engine. This CRDi (common rail direct injection) unit is part of the company’s Smartstream family – like what is seen in the current Sorento and Santa Fe – featuring an aluminium block unlike the older R series 2.2. Power is set to peak at around 157kW, with around 420Nm of torque. The power figure is quite decent for the class, with the most popular model, the HiLux, featuring a 2.8-litre four-cylinder developing 150kW.

Peak torque is a bit low in comparison, according to the details given to us, but our guess is the Kia ute will be a bit lighter than the popular rivals. This should help improve its torque-to-weight ratio, potentially providing similar overtaking and towing performance as the others. It’ll come matched to an eight-speed automatic. Details on the driveline, in terms of transfer case and drive modes, are yet to be uncovered.

With diesel prices soaring at the moment customers will be happy to hear the Kia ute is set to be offered with a 2.5-litre turbo-petrol four-cylinder engine as well. This is the same Smartstream T-GDi unit that powers the current Hyundai Sonata N Line in Australia, as well as the Santa Cruz in America and Kia K5 GT overseas. In the Santa Cruz the engine develops 210kW, and in the local Sonata it produces 213kW. But in the Kia ute the unit looks to be tuned to around 206kW, according to our sources. 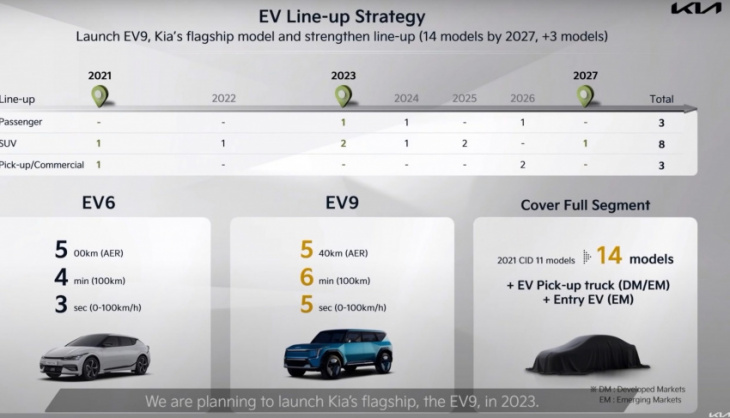 Perhaps most excitingly, the new ute will be offered with a fully electric powertrain option – as previously confirmed by Kia during an official presentation earlier this year. We’re told it’ll feature a battery capacity of about 123kWh, offering a range of around 450km. Power is set to go through a dual-motor setup, with a motor at each axle, combing to produce about 410kW of power and a whopping 800Nm of torque.

Unlike the new LDV eT60 fully electric ute, the electric Kia pickup looks set to offer a braked towing capacity of about 3400kg, almost matching most diesel 4×4 utes. Better still, we’ve heard it’ll be priced from around $90,000, which would undercut the LDV by about $3000. A base price for the combustion-engined versions is set to be around the $50,000 mark. 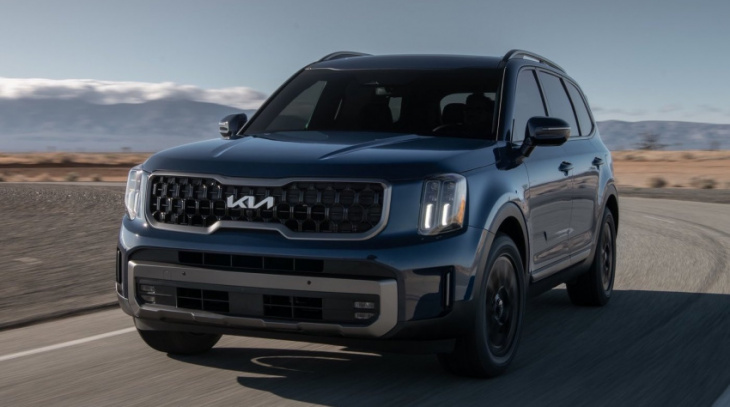 In terms of the styling, the ute/pickup is set to feature a large interpretation of the company’s ‘tiger nose’ front grille, spanning almost the complete width of the front end. A bit like what is seen on the overseas Kia Telluride (pictured above), in fact, only with a more rugged and upright orientation.

Vertical headlights mounted pretty much on the front wheel arches with matching vertical door handles are likely. Bolstered wheel arch extensions and a large bulbous bonnet are set to complete the look. 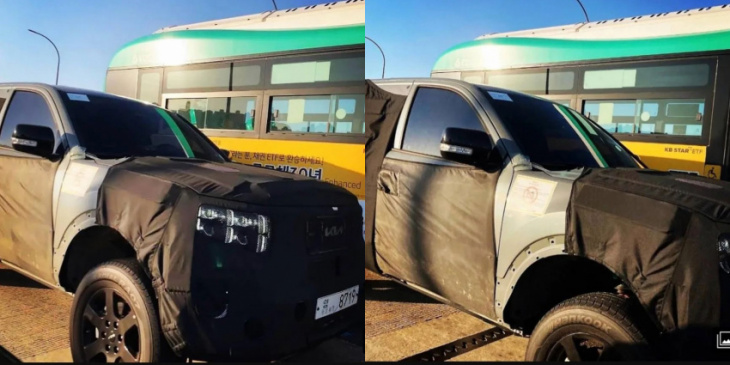 Some spy shots have made their way around social media, depicting a large front grille as described, and you can see evidence of the long and tall headlights. The prototype is not wearing black plastic wheel arch extensions, perhaps for disguise purposes, but we understand such parts will be quite straight-edged and horizontal.

It is only early days yet and the information that we have received is still subject to further approvals and so on, but the outlook certainly looks good. Market entry is expected to take place in the next 12 months.