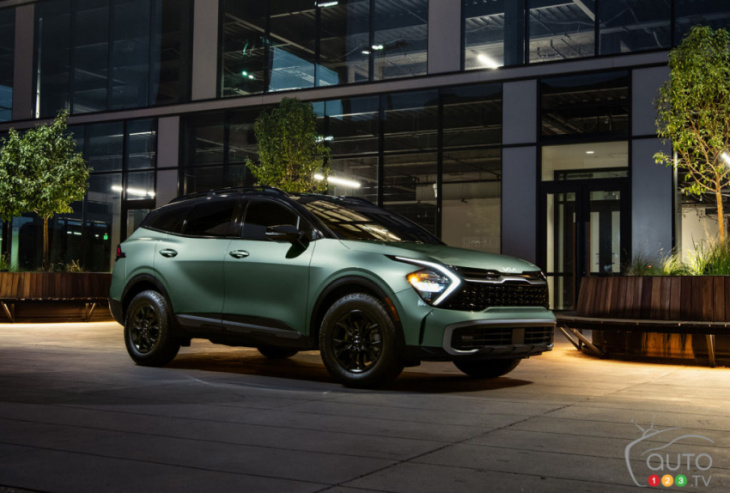 The 2023 Kia Sportage, which debuts the new generation of the model and was first introduced to us last spring, has only just arrived in dealerships and already its maker is recalling 19,701 units to fix a potential problem with an alternator battery nut. This nut, which is responsible for a connection between the battery and the alternator terminal, can become loose.

If this happens, the resulting weakened electrical connection could cause the engine to stall while the vehicle is running. In a worst-case scenario, power surges can cause arcing, which could melt wiring and insulation, triggering a fire in the engine compartment.

Kia identified the source of the problem after a customer reported engine stalling in their model and a dealer fixed the problem. The company then worked with the supplier on an “improved process for visual inspection of the alternator nut during production.” Care was also taken to verify and confirm the strength of the torque used to secure the nut in place on the assembly line.

The 19,701 possibly affected models were manufactured at Kia's U.S. plant in Georgia between January 12, 2022, and August 8, 2022. The automaker said no injuries, deaths, or accidents have been reported because of the problem. Kia will begin sending letters to owners on September 23. Owners will only need to visit the dealer to get the nut tightened properly.