Dealerships may not have correctly repaired the vehicle the first time. 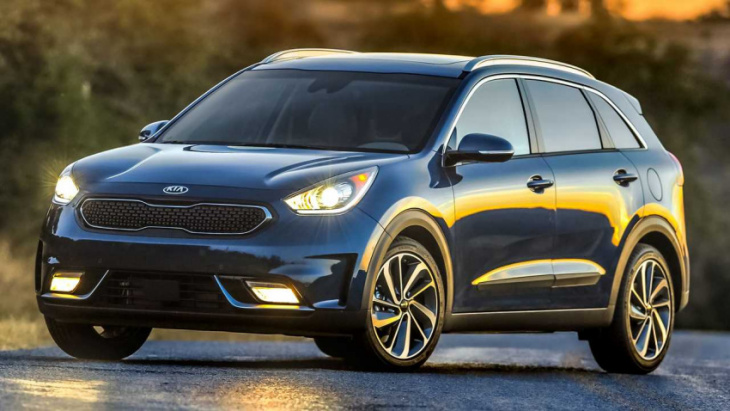 Kia Niro owners take notice. The automaker is recalling certain 2017-2018 Niro hybrid crossovers for a second time over a potential fire risk. Dealerships may not have correctly completed repairs the first time the automaker recalled them. The new recall affects the same 27,030 vehicles.

Kia originally recalled these Niro crossovers in 2018 when it discovered an issue with the Main Relay contacts making inadequate connections. This could cause increased electrical resistance, generating heat and potentially leading to a fire. The Main Relay is located in the Power Relay Assembly under the rear seat.

However, the automaker has discovered some vehicles marked as repaired under the original recall still have the defective part installed. Kia first heard of the issue in June when a dealer identified the source of a burning smell as coming from a melting Power Relay Assembly. It contacted Kia about the issue. The automaker’s records showed that the car had been repaired under the first recall in 2019, but it still had the original part.

Kia would identify three more vehicles in the following months that were marked as repaired but had the defective part installed. This prompted the automaker to randomly audit four previously recalled vehicles that had completed the repair. The company discovered that the four Niros had the replacement part installed, and none showed any signs of a connection issue. However, the automaker would find a fifth affected car in October, prompting it to issue a second recall for the models.

Kia is expected to mail out owner notification letters on January 9, 2023. Dealers will inspect the Power Relay Assembly and either replace it or the Main Relay. The repair is free of charge.

This isn’t Kia’s first time issuing a second recall for a model this year. The automaker had to re-recall certain 2008-2009 Sportage crossovers for a potential fire risk, which Kia and its sibling Hyundai have struggled with recently. In September, Kia issued a recall for its Sorento and Sportage for a circuit board that could catch fire. In August, Kia recalled the Telluride for a trailer wiring module issue.