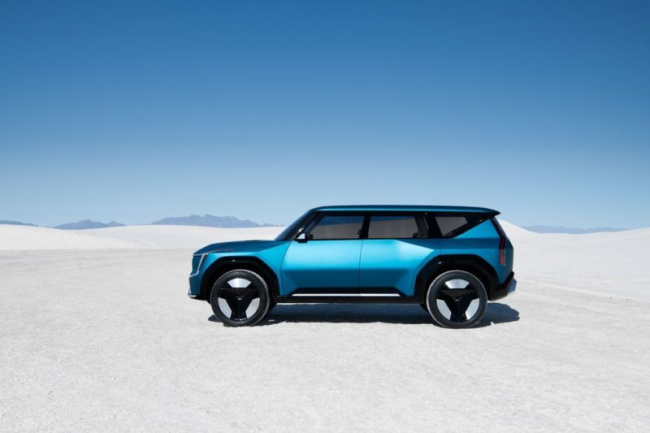 A customer survey sent out by South Korea car maker Kia has revealed some of the potential specs of its much anticipated 2024 EV9 SUV.

The EV9 will be a seven seater SUV that will use the same e-GMP platform used by its first dedicated electric vehicle, the widely admired EV6, and the multi-award winning Ioniq 5 from sister company Hyundai.

The survey revealing some of the details of the EV9 was reportedly sent to some of Kia’s US customers as part of a survey seeking responses to options they are likely to choose.

If the production model follows the concept the EV9 will come with a panoramic sunroof and a 27.0-inch infotainment display. 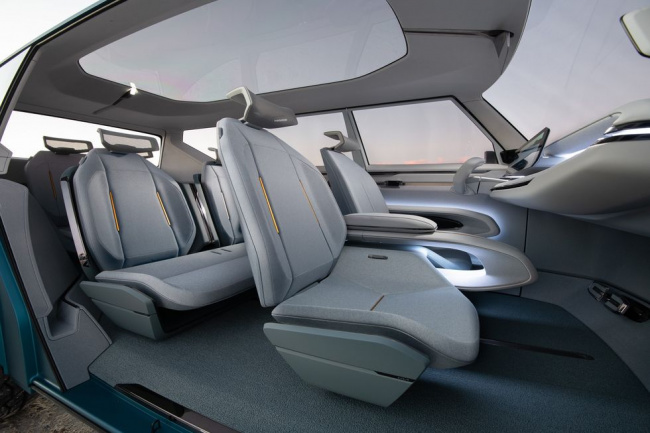 Last year Kia Australia general manager of product, Roland Rivero, confirmed that Kia would be selling the EV9 in the Australian market.

Kia’s EV6 comes with vehicle-to-load (V2L) capabilities. If Kia also include V2L on its EV9, it would make it not only great for people moving but also for camping trips with V2L able to power to devices and appliances.

Kia plans to have 11 new electric vehicles on sale by 2026 with the production version of the EV9 to be announced this year.