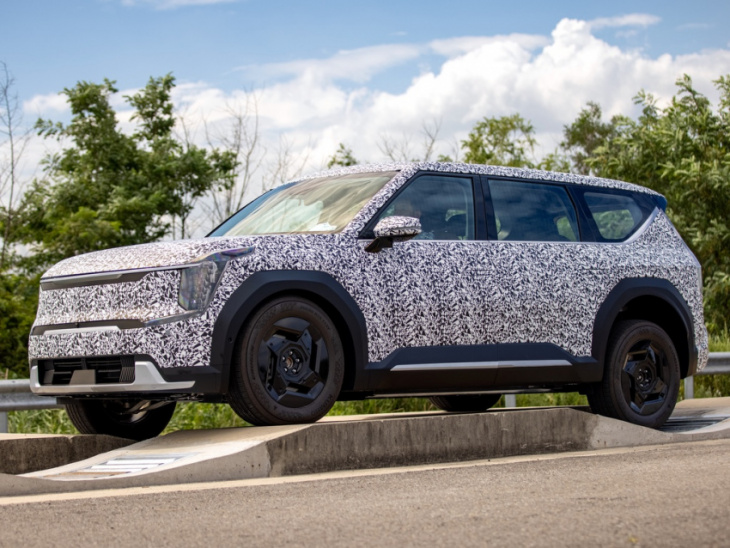 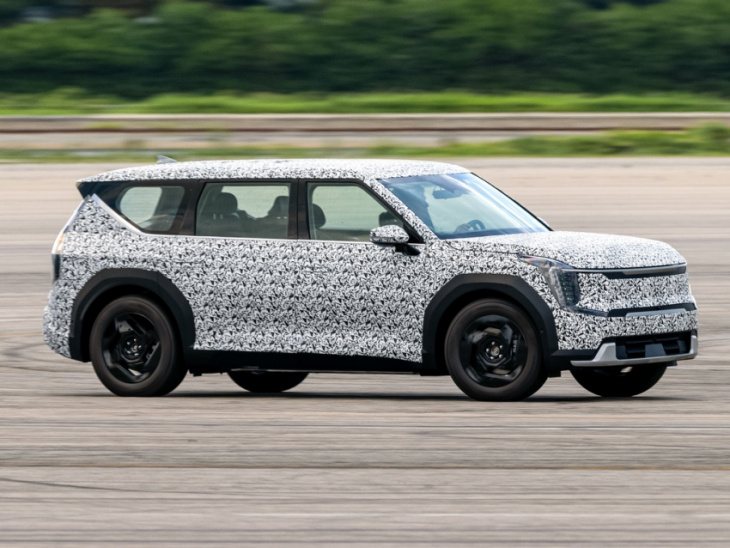 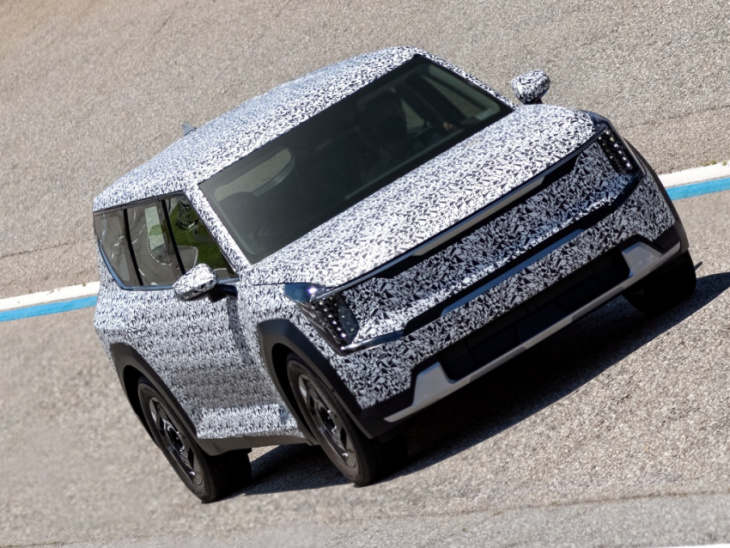 KIA has revealed photos of the EV9 electric SUV’s final testing ahead of its 2023 launch, as the Korean car-maker prepares to “revolutionise the large electric SUV segment”.

The final testing phase has seen the EV9 subjected to relentless proving on 4WD hill climbs, rugged tracks, as well as a deep-water wading test.

The EV9 has been tested in various locations around the world, while the major test program has been undertaken at Namyang R&D Centre just outside of Seoul, South Korea.

The Korean car-maker has every intention of pushing the envelope with the EV9, outlining a 44-month development period focused around setting “new standards” in design, performance, range, dynamics, technology and comfort.

Since unveiling the concept version of the EV9 at the Los Angeles Auto Show last year, Kia Australia has been vocal in its desire to bring the large SUV down under – deeming it a worthy competitor for the wildly popular Toyota LandCruiser.

“Telluride will never be developed in right-hand drive, so you can rule that out. However, there is an opportunity for a vehicle of a similar size, but all-electric, to potentially make its way to Australia,” said Kia Australia’s general manager of product planning, Roland Rivero.

“We’ve put our hand up for it, we’ve shown our interest in it and headquarters is understanding of our desire. They know that there exists an upper-large SUV [market in Australia], and if you look at the average recommended retail price in upper-large, it’s actually about $96,000.

“Right now, it’s a two-horse race in upper-large, Patrol and LandCruiser, but under the FCAI segmentation, which is really only footprint-based, we could probably throw another product in there within the same price vicinity – but be all-electric.

“Just judging by the Palisade demand, the LandCruiser demand, the Patrol demand, there’s got to be demand for something like the EV9. If we can get our hands on one, we are quietly confident that it will sell.”

My Rivero mentioned Kia Australia are confident that the EV9 will be “a five-figure car” which, if it can hold its own off-road, makes it compelling competitor for the Toyota LandCruiser and Nissan Patrol.

The EV9 will share the E-GMP electric platform powering the EV6 and Hyundai Ioniq 5 although, while power figures haven’t been confirmed, the large SUV will be carrying a fair bit more heft.

Given its offroad testing, hinting at its ability to be capable of touring offroad, a range of 500km or more is expected – although, it’s unknown at this stage. 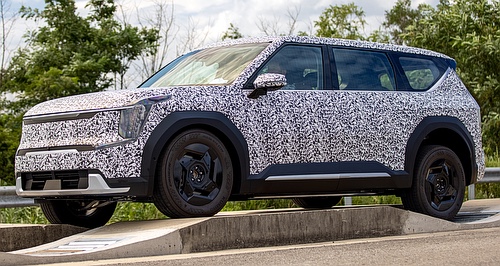 South Africans will need to earn at least R53,000 per month in order to purchase the new Kia Sportage on a finance plan, calculated TopAuto. The new SUV runs on a 1.6-litre turbocharged petrol engine, which gives it an output of 132kW and 265Nm. With a seven-speed dual-clutch automatic ...


View more: What you need to earn to afford the new Kia Sportage

Does the 2022 Chrysler 300 have a Mercedes engine? Is a 2022 Kia Stinger worth it? How safe is the Kia Stinger? Is the Chrysler 300 going to be discontinued? If you want a large sedan with lots of charm and available all-wheel drive (AWD), it’s difficult to top ...