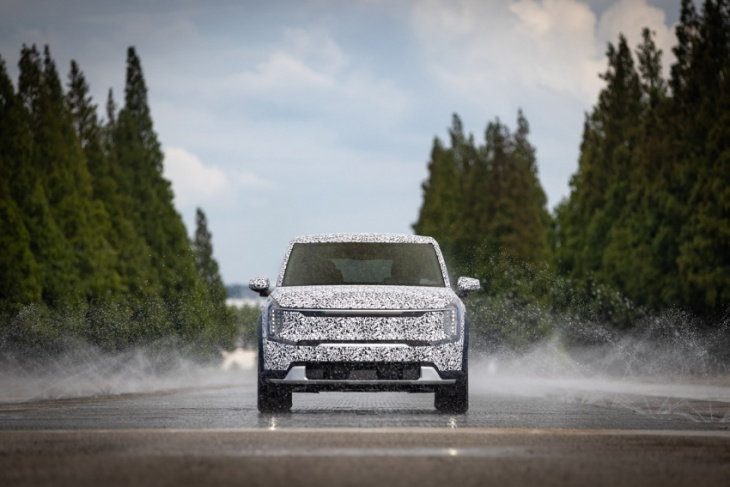 Kia is currently in the final technical testing phase of their upcoming EV9 all-electric SUV, set to debut early next year.

The EV9 is poised to become Kia’s new flagship model, maintaining the brand’s electric momentum. This full-size electric utility is expected to make an official debut in the first quarter of 2023. 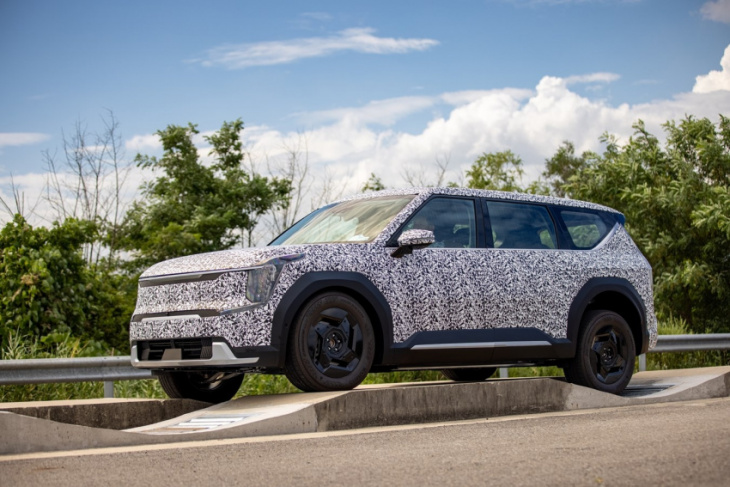 Alongside this announcement were a few images of the EV9 testing at Kia’s global Namyang R&D center in Korea. Tests involve 4WD climbing, rough terrain track and a deep-water wading test designed to gauge reliability in relatively extreme scenarios. Performance oriented evaluations are also underway, including high-speed runs, handling courses and low-friction tracks. The automaker claims that the EV9 has been subjected to a similar regimen in locations all over the world– as is every Kia model.

The EV9 is a follow-up on Kia’s Concept EV9, which debuted at AutoMobility LA last year. It will be built on Kia and Hyundai’s Electric Global Modular Platform (E-GMP); that may sound familiar, as it’s the same platform used for the recent Kia EV6 and Hyundai IONIQ 5, and is intended to be used on the upcoming Hyundai IONIQ 6.