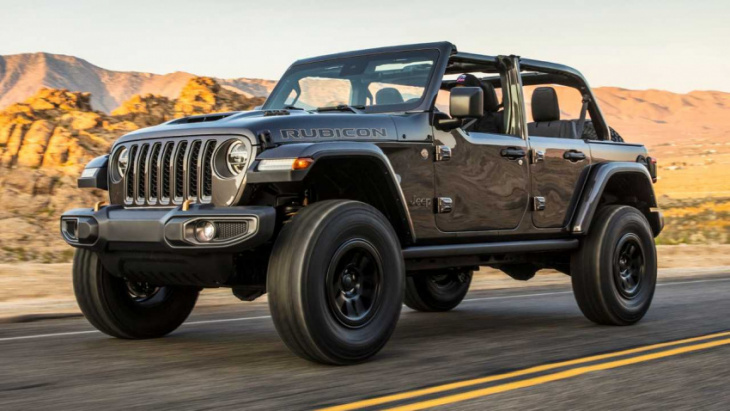 If you’ve been holding off on a new vehicle purchase in the hopes of a return to normalcy, we have some bad news. As we transition from summer to fall, supply chain issues are still problematic. That means dealership lots are still thin with new cars to sell. And that means selling prices over MSRP are still quite common.

The latest study from iSeeCars takes a fresh look at the vehicles with the highest average markups over sticker price. We last looked at these trends in the spring, revealing a nationwide average of all vehicles at 9.9 percent above MSRP. That has inched up ever-so-slightly to 10 percent, but as the previous study revealed, some vehicles sell for much more than that.

The Jeep Wrangler is still at the top of the list, just as it was in the spring. If there’s any good news here, it’s that the percentage over MSRP is down to 24.4 percent versus 26.7 percent. That translates to an average cost of $8,433 above and beyond the sticker price, with the study calling out the Wrangler Rubicon 392 as a trim level most often hit with a big markup. Curiously, the study lists the Wrangler Unlimited separately, though it still suffers from a 20 percent markup on average.

SUVs certainly dominate the list of markups, but there are a few outliers. The Cadillac CT5 checks in at 19.9 percent over MSRP. The Chevrolet Corvette is another in-demand car at 19.5 percent, which in this case equals a hefty $14,697 premium. As for the best-selling vehicles in America, pickup trucks are also few and far between when it comes to markups. The Jeep Gladiator and Ford Maverick are the only trucks on the list, scoring near the bottom at 18.5 and 18.4 percent.

Get our take on the best cars of 2022 so far in the Rambling About Cars podcast, available below.

Electric vehicle conversion specialist Everrati is at it again with another BEV version of a combustion-era classic. Today the company unveiled an all-electric “Wide Body” version of the Porsche 911 Cabriolet convertible, which joins other officially licensed conversions of the iconic sports car in addition to several other electrified ...

In 1974, Porsche introduced the first production version of a turbocharged 911. Although it was referred to as the Porsche 911 Turbo in Europe, the car was marketed as the Porsche 930 in North America. Porsche had injected all of its sportscar experience with exhaust-gas turbochargers into its series production models. At ...

Everrati has added the convertible version of the 964-generation Porsche 911 to its growing fleet of electric conversions. Rather than stick with the regular body, Everrati also added the car’s wide-body design for some extra drama, not to mention extra performance. With up to 500 hp available, wide tires ...


View more: Can You Get a BMW X5 Hybrid Cheaper Than a Jeep Grand Cherokee 4xe?

STUTTGART: Porsche customers will soon be able to design their own dream cars online using a new configurator. The Porsche Car Configurator can also now be used to pre-order vehicles directly. The new functions will initially be available in Germany and will be launched in Spain and Portugal in ...