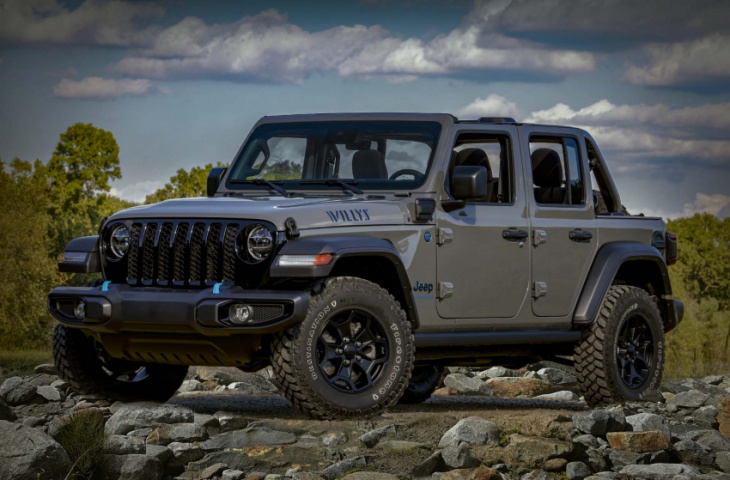 At the 2022 Detroit auto show on Wednesday, Jeep introduced two additions to its 4xe plug-in hybrid family. While they don’t shake up the efficiency, plug-in range, or performance significantly, if at all, they both provide a little more value.

Both models help bulk up a lineup of plug-in hybrids that are an important complement to the brand’s shift to EVs. Jeep aims for an all-electric lineup for Europe by 2030, while half of its sales will be EVs by then in the U.S.—including the Wagoneer S and Recon that were among those EVs the brand previewed last week.

The bulk of that other half for the U.S. just might be plug-in hybrids. 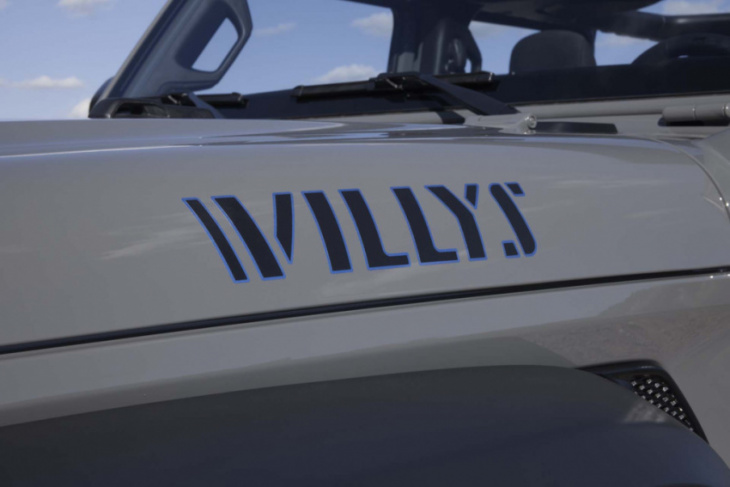 The 2023 Wrangler Willys 4xe, which will start arriving for deliveries in the fourth quarter of 2022, is now the entry price point for the Wrangler 4xe lineup. The Willys 4xe costs $55,590, including the $1,595 destination charge. Prior to the introduction of the Willys, the base price of the 2023 Jeep Wrangler Sahara 4xe is $56,855—more than $7,000 higher than its debut price for 2021—so the new model whittles $1,265 off the current price. Above the Sahara, the Wrangler 4xe remains available in Rubicon and High Altitude versions.

Features in the Willys 4xe include all that you’ll need for serious off-road capability, with a full-time 4WD system, heavy-duty Dana 44 axles, mud-terrain tires, and a factory suspension lift kit for 10.1 inches of total ground clearance and 30 inches of water fording. It also includes Alpine 9-speaker premium audio, rock rails, and a rear limited-slip differential, and with a Sun and Screen Package it adds a one-touch power top and 8.4-inch touchscreen infotainment. In appearance, it gets a Willys decal on the hood with Electric Blue tow hooks, a black grille, and 17-inch black-painted wheels.

Specs for the Willys are essentially the same as for current Wrangler 4xe versions. That means the Wrangler 4xe gets a 2.0-liter turbo-4 rated at 270 hp and 295 lb-ft of torque, paired with a 44-hp motor-generator, plus a bigger traction motor making 134 hp and 198 lb-ft. In all, the powertrain delivers 375 hp and 470 lb-ft of torque. In the Wrangler it goes 21 EPA miles all-electric, according to Jeep, and after using up the plug-in charge from its 17.3-kwh battery pack it gets 20 mpg combined. 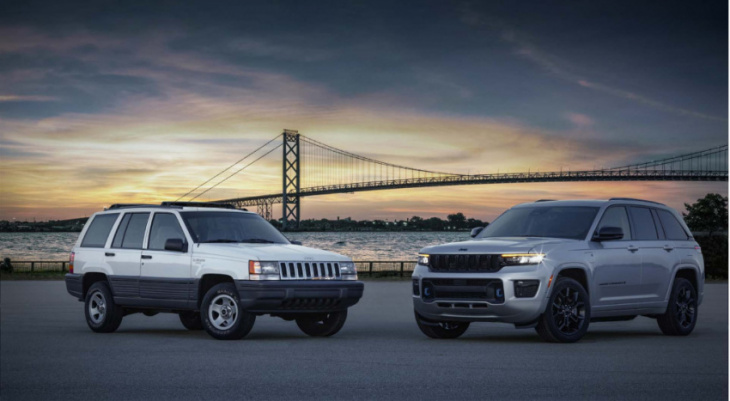 Jeep already has one other plug-in hybrid in its U.S. lineup—the Grand Cherokee 4xe—and it’s using that version to celebrate the 30th anniversary of this long-running family SUV favorite.

Jeep says it’s sold more than seven million Grand Cherokees in three decades, and while it’s the Wrangler that’s made the biggest move toward Jeep’s electric future so far, it’s the Grand Cherokee that helped give the brand the expanded identity it has today.

The Grand Cherokee 4xe has essentially a transplant of the same powertrain—engine, motors, battery, and all—from the Wrangler 4xe, here also delivering a combined 375 hp and 470 lb-ft of torque. In the much more luxurious Grand Cherokee it achieves 25 all-electric miles according to Jeep, and after using up the charge it gets 23 miles combined, for a total driving range of 470 miles.

The 30th Anniversary edition is a package that can be added to the Grand Cherokee 4xe. For $4,700, it adds black Capri leather seats, ventilated front seats, a wireless charging pad, nine-speaker Alpine audio, and a 10.1-inch infotainment system with navigation plus wireless Apple Carplay and Android Auto. Rain-sensing wipers, a digital rearview mirror, a surround-view camera system, and front and rear park assist are also featured.

On the outside, the 4xe 30th Anniversary gets a blacked-out look with blue tow hooks, a dual exhaust, a dual-pane sunroof, body-colored lower cladding, and 20-inch black wheels. 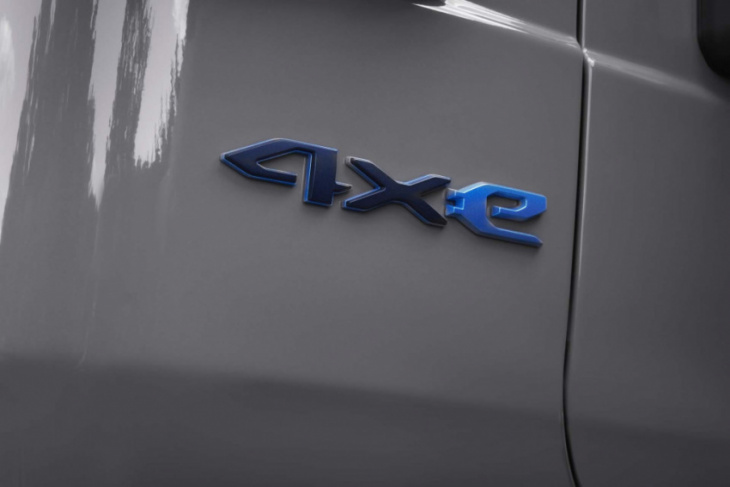 All eligible for the EV tax credit

At least for now—through the end of the year, and perhaps beyond—both of the Jeep 4xe models are eligible for the full $7,500 EV tax credit, which was revamped as of last month.

The addition of the Willys can only be a good thing for the Wrangler 4xe. It’s been the top-selling plug-in hybrid in the U.S. market, beating even the sought-after Toyota RAV4 Prime.

Jeep last week confirmed that a Grand Wagoneer 4xe plug-in hybrid is on the way, with a targeted 500 combined miles from a full charge and a full tank of gas. For that model, specs, range, efficiency, tax-credit eligibility, and all the rest of the details are yet to come.

The Toyota Sequoia gets better MPG than the Wagoneer The Ford Explorer hybrid costs less than the Jeep Grand Cherokee 4xe Will the Jeep Recon replace the Wrangler 4xe? Jeep has a relatively strong hybrid SUV lineup: it offers the mild-hybrid Wagoneer as well as a “4xe” plug-in hybrid ...

Crashing along a gravel road atop Mount Seymour in British Columbia, an oddball of Canadian military history does its level best to pulverize the spinal columns of its passengers. This is a Bombardier Iltis, an ugly duckling built in Quebec in the mid-1980s. It’s Canada’s version of the Humvee: Martin ...


View more: Is the Jeep Cherokee 4XE or the Toyota Sequoia the Better $60K Hybrid SUV?

It’s official: Jeep is yanking the 3.0-liter EcoDiesel V6 from the Wrangler lineup, celebrating the loss with the 2023 Wrangler Rubicon FarOut Edition. A thread at the JL Wrangler Forums got hold of an e-mail to dealers that broke the news a few days before Stellantis got to it, ...