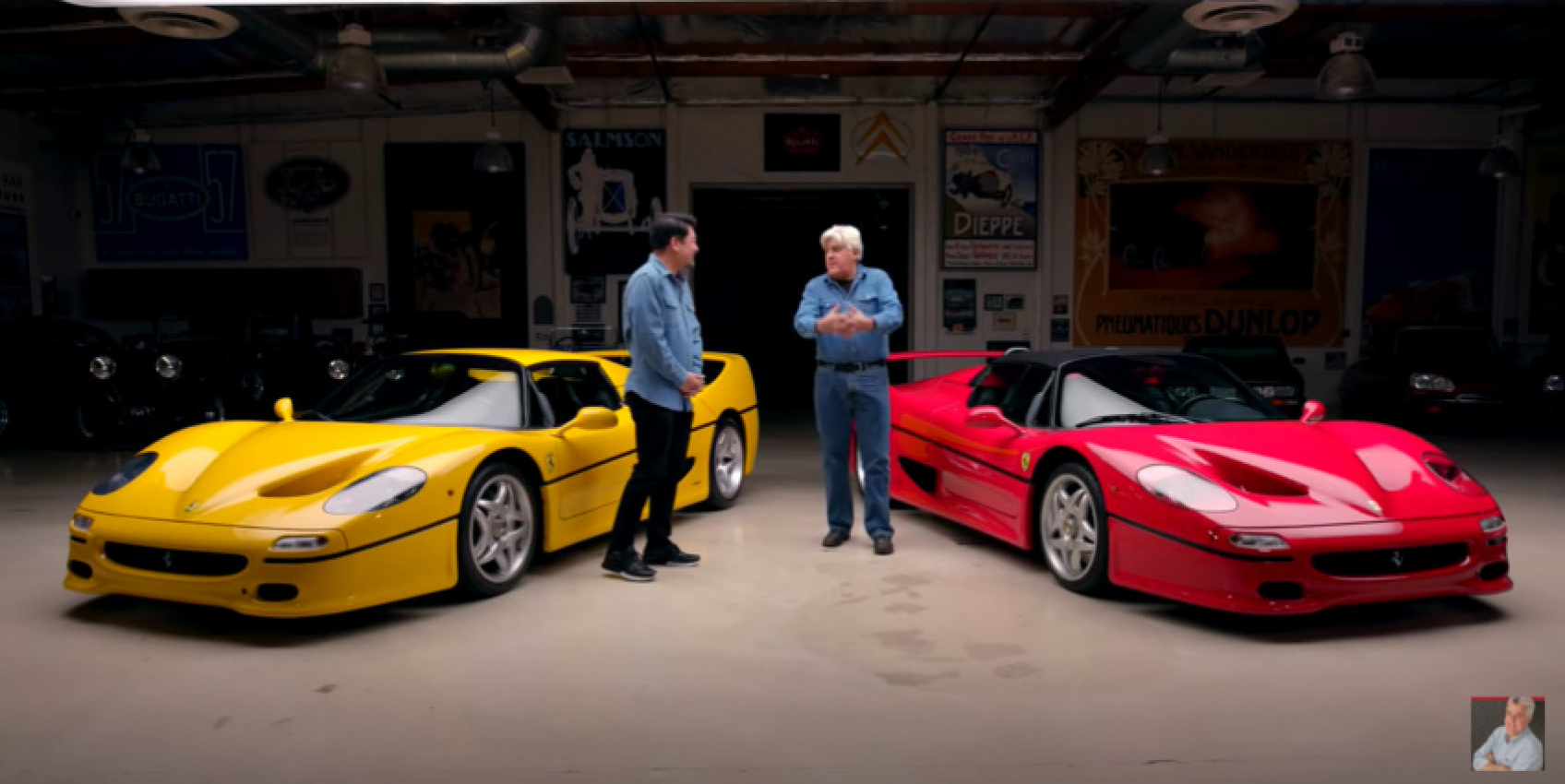 While he doesn’t plan to add one to his sprawling collection, Jay Leno certainly appreciates a fine Ferrari. He’s featured a number of them on his “Jay Leno’s Garage” series, and two very special examples were featured in the latest episode.

The two Ferraris are both F50s, one red and one yellow. They both belong to friendly Ferrari collector David Lee, who has owned the red car for a number of years and recently added the even rarer yellow example to his collection.

Lee owns quite the number of Ferraris, including the five models that make up the so-called Special Series, namely the 288 GTO, F40, F50, Enzo and LaFerrari. After collecting all five cars in Ferrari’s signature red, Lee now wants to collect the five cars again, this time in yellow.

That’s not such an easy feat given the low number of those cars originally ordered in yellow. For example, of the 349 F50s built by Ferrari back in the mid-1990s, only 31 were finished in yellow.

Leno drives the yellow car in this latest episode, as he’s previously driven Lee’s red F50. He’s also driven the 288 GTO, F40 and Enzo in Lee’s collection, and we’ll probably see an episode of Leno driving Lee’s LaFerrari in the not too distant future. Leno has also driven an SF90 Stradale owned by Lee.

The F50 may not be the wall poster favorite that the earlier F40 and newer Enzo and LaFerrari models may be, but it remains a fine performance machine and a work of art. The car features a 4.7-liter V-12 whose design is derived from a Formula One V-12. The engine in the F50 delivers 520 hp and 347 lb-ft of torque, and is mated to a six-speed manual.