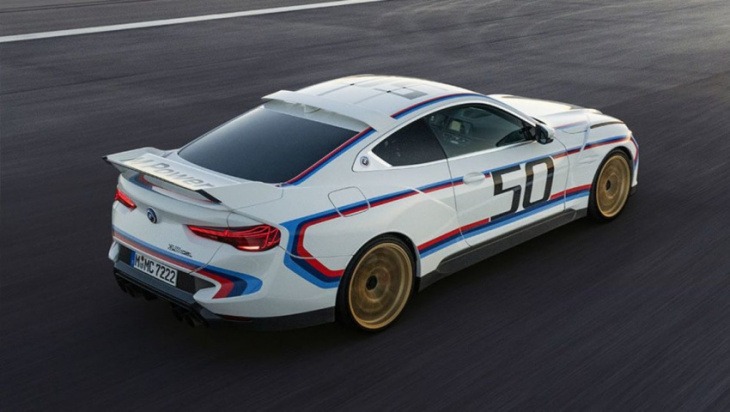 BMW has pulled the covers off its incredibly limited-edition 50th anniversary celebration for the M brand: the 2023 BMW 3.0 CSL.

The 3.0 CSL name comes from a classic BMW model, the 1972 3.0 CSL from the ‘E9’ generation of coupes. The original CSL is considered one of BMW’s most iconic cars, built to homologate the racing version for European touring car racing.

It was also the car that begun the BMW M brand as its first project.

Like the original, the name in the new 3.0 CSL means it’s powered by a 3.0-litre engine, in this case a twin-turbocharged inline six-cylinder, while the letters stand for ‘coupe, sport, lightweight construction’.

The 2023 3.0 CSL’s twin-turbo engine makes a maximum of 412kW and 550Nm, 37kW more than it does in the current BMW M3 and M4. The engine also revs up to a 7200rpm redline, and its power is transferred to the rear wheels via a six-speed manual transmission. Proper old school.

The ‘lightweight’ part of its name isn’t quite as close to truth as it was in the 1970s with its namesake, which weighed just 1270kg. The 2023 CSL weighs in at 1624kg according to the power-to-weight ratio claimed by BMW.

Something that is light, however, is the number of 3.0 CSLs that are intended to be produced. While 1265 of the original were built in the 1970s, only 50 2023 3.0 CSLs will be produced, each hand-made in BMW’s Dingolfing factory in Germany.

While it’s based on the M4, BMW says the 3.0 CSL has undergone an independent development process, with racing-derived suspension and bodywork that is not only unique to the modern CSL, but also pays homage to the original. 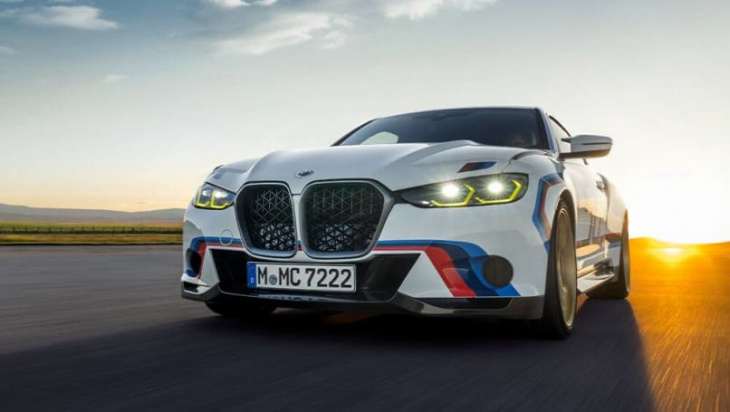 Its bodywork has also been extensively aerodynamically tested, with BMW having spent “around 200 working hours… on optimising the airflow and aerodynamic balance of the vehicle, including 50 hours in the wind tunnel”.

BMW also had to build two pre-production versions of the car specifically to crash test.

The tail spoiler of the 2023 BMW 3.0 CSL is also a clear tribute to the specific racing version of the original 3.0 CSL that ended up gaining the nickname ‘Batmobile’ thanks to its extensive aerodynamic bodywork.

It also wears a BMW M livery that’s a direct nod to the classic ‘Batmobile’ CSL, with red and blue lines on clean white bodywork. Its gold forged light-alloy wheels are a more modern touch, specific to the 3.0 CSL.

For Australia, there’s no word on whether any of the 50 units are coming Down Under, nor if any are likely to be built in right-hand drive to even make them legal to be registered here.

As for pricing, it’s a case of ‘if you have to ask, you can’t afford it’ as it’s unlikely BMW will reveal the price for the 3.0 CSL.