The brand has hopes for a fresh model range and even local production of its scooters. The classic scooter has pretty much become synonymous with the iconic Italian brand Vespa. However, more than half a century ago, another Italian scooter maker challenged the legendary Wasp. I’m talking about none other than Lambretta, an Italian scooter manufacturer that seemingly faded into the abyss of memory towards the end of the twentieth century.

Yes, Lambretta did make a comeback in 2017, in the form of the V series of scooters derived from Taiwanese brand SYM’s Fiddle scooter. However, the brand never seemed to gain the traction it was hoping for. Perhaps now, things are turning to their favor, as the brand is set to enter the Indian market, as well as set up a manufacturing facility to cater to both the domestic and international market. The man largely responsible for the resurrection of the Lambretta brand is Walter Scheffrahn, a Dutch investor and Lambretta enthusiast. 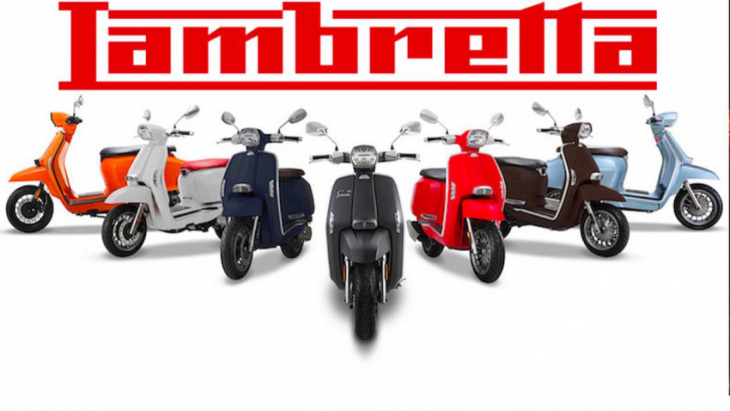 Scheffrahn is the owner of Innocenti SA, the company that owns the rights to Lambretta globally, and he recently set his sights on the Indian market, following the rapid growth in popularity of two-wheelers, particularly scooters, in the region. A report published by the Economic Times highlights Scheffrahn’s vision for the brand, indicating that he wants Lambretta to sit at the very top of the scooter hierarchy. “The brand has its soul in India and it has tremendous affinity amongst the masses. We want to recreate the magic of the past. We aim to make it a Ferrari of scooters in India with our top-end range.”

Yes, you’re probably thinking that Vespa already occupies this space, and you’d probably be right. As such, it’s clear that Lambretta has its work cutout, and has quite a lot of ground to cover before it can even be considered the “Ferrari of scooters.” To make his vision a reality, Scheffrahn plans to inject over $200 million towards Lambretta’s initiatives in India. This includes building a local production facility that would cater not only to the Indian market, but also that of neighboring Asian countries.

At present, the specific models to be developed for and manufactured in India have yet to be discussed. However, it’s speculated that Lambretta is going in big with its scooters—in a literal sense. You see, unlike the majority of scooters plying Indian roads with 100cc to 150cc engines, Lambretta’s models are expected to be within the 200cc to 300cc range. Furthermore, apart from re-establishing the brand’s heritage, Lambretta also has an eye to the future, and is expected to release an electric scooter by 2024.