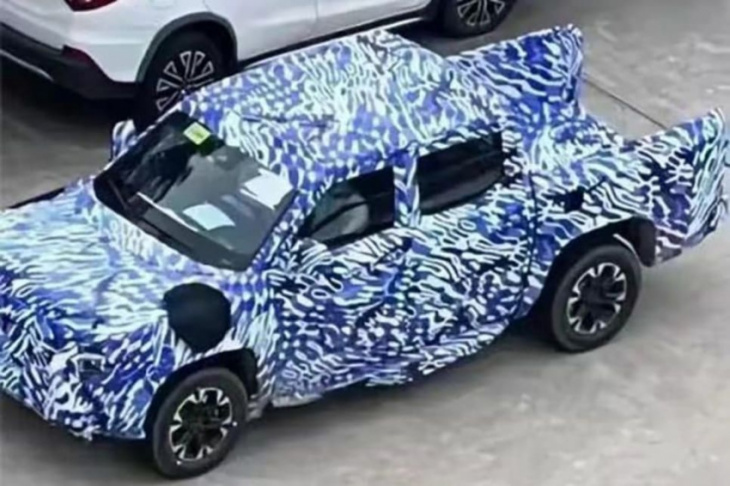 Will BYD’s next move be an electrified ute? This prototype spotted in China has the rumour mill saying yes. (Image CnEVPost)

BYD has arrived to much fanfare in Australia with its keenly priced Atto 3 small SUV, but there’s nothing Australians apparently want more than affordable electric cars and dual cab utes.

Enter then, this spy image out of China, which has sent the rumour mill into overdrive that BYD’s next move will be building a fully electric or at least plug-in hybrid dual-cab pick-up.

Little can be told from the low-resolution image, which shows a comprehensively camouflaged pick-up truck, including the tray which is missing a tailgate. Some things we can see is the truck is clearly mid-sized (thanks to its proximity to an SUV) with a four-door layout, and a somewhat squared-off body design sporting side-steps and alloy wheels.

The ute was spotted shortly after an announcement by BYD that it would launch two new sub-brands over the course of 2023 which would sell both PHEVs and fully electric vehicles.

The first brand earmarked by BYD chairman Wang Chuanfu will be a luxury marque dubbed ‘Yangwang’ in China, which will play in a particularly high-end space with vehicles priced from the equivalent of A$200,000. Mr Chuanfu said the brand’s first car would offer “unprecedented high performance” and “disruptive features”, while the second as-yet-unnamed brand will feature “highly professional and personalised identities” according to Chuanfu.

The two new brands will add to BYD’s own brand and its Denza semi-luxury arm which is a joint-venture with Mercedes-Benz. 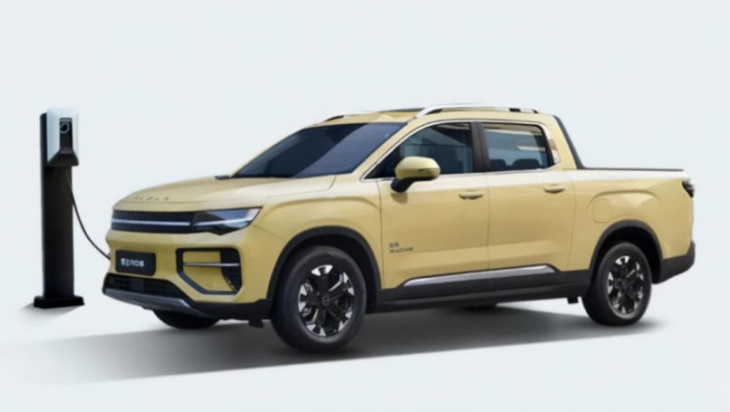 BYD is making waves globally in 2022, not only launching in Australia, but has also moved almost 1.4 million PHEVs and EVs globally so far this year. It is up 234 per cent compared to this time last year.

The Atto 3 SUV is one of of Australia’s most affordable electric cars (from $44,381 before on-road costs for the Standard Range), and is expected to be joined by an Atto 4 sedan next year, as well as an Atto 2 hatch at some point locally in the future.

Keyword: Is this a BYD ute to compete against Toyota HiLux and Ford Ranger? Spy shots have rumours circulating that BYD's next move could be building an electrified dual-cab pick-up

Three brazen thieves removed a motorist’s catalytic converter as he watched, banging on the window to try and scare them off. But instead of fleeing one of the masked trio just waved what looks like a baseball bat at him as his pal continue their theft. The gang are then ...

The Raptor has evolved


View more: Toyota Tacoma EV Voted No. 2 In Survey Even Though It Doesn't Exist

Unfortunately, it's only for Europe.

TOKYO: Toyota Motor Corp reported today a 23% rise in October global vehicle output, beating its own target for a third month in a row, as the industry strives to get past persistent chip shortages that have hobbled production. The Japanese automaker produced 771,382 vehicles globally in October, above ...