The Nissan Frontier is finally in its third generation after nearly two decades of no major updates. And although these changes are exciting, they may cause some to wonder if the 2022 Nissan Frontier is still a reliable pickup truck. The answer is a little bit complicated because this generation of Frontier has not been around for that long. But, its engine and transmission were featured in older models. So there could be some insights into this mid-size truck.

Is the new Nissan Frontier reliable?

In terms of reliability, Nissan’s mid-size truck should be decent enough. Although, the 2022 Frontier and Frontier models with the new nine-speed automatic transmission are currently facing some recall alerts. Because the 2022 Frontier is such a new truck, it is hard to predict what its long-term reliability will be.

In the past, this mid-size pickup has been a reliable option. And that was especially true because it was just so old-school. Nissan didn’t update it for nearly 20 years, and that made it one of the oldest new vehicles on the road. But now, the Nissan Frontier is all-new, bringing it into the modern era.

Will the Frontier last long?

According to Edmunds, the Frontier is a decent truck. And thanks to its no-nonsense V6 engine, it shouldn’t have major problems stacking on the models. The new engine makes 310 horsepower and allows the Frontier to tow over 6,000 pounds when properly equipped. 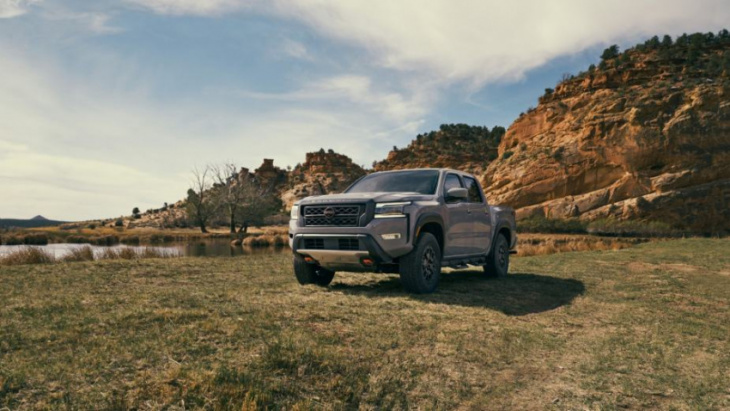 Perhaps the best value offered by the Frontier is the SV trim. It does offer more features than the base model, but you won’t have to shell out for the PRO-4X trim. Of course, if you do want an off-road mid-size truck, the Frontier PRO-4X is a solid option. It comes with an electronically locking rear differential and beefy skid plates.

What does the 2022 Nissan Frontier compete with?

This mid-size truck segment is a crowded one. The Frontier competes with rivals from Chevy, Toyota, Jeep, and even Honda. Now that this small pickup has finally been updated, it is a legitimate competitor. In the past, the Nissan Frontier was for someone who wanted a simple and affordable vehicle.

With the updates that Nissan has made, its mid-size truck feels more comfortable and certainly more modern. Unfortunately, there are still a lot of hard plastics in the cab of the Frontier. And for some reason, Nissan does not offer a telescopic steering wheel, even if you have the money to pay for one.

Can you buy a Nissan’s mid-size truck?

Unfortunately, it does look like Nissan has been forced to close orders for the 2022 Frontier. This isn’t too surprising, many manufacturers have been facing supply chain constraints. And to add to that, pickup trucks are extremely popular in the United States. 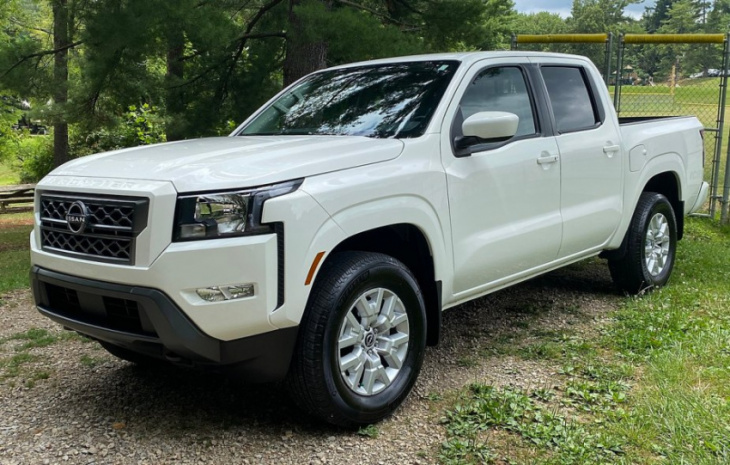 You might be lucky enough to find a Frontier at a dealership, but it sounds like folks are having to pay markups in some cases. Because of that, it might be a good idea to wait for the 2023 model, and hope that you can order one quickly enough.

Continuing the story and legend of the fabled sports car, Nissan and its motorsports division, NISMO has revealed a new GT4 racer based on the all-new Nissan Z sportscar . GT4-spec racing machines are based on production vehicles, modified for severe competition use. To that end, NISMO Racing Division ...


View more: 3 Advantages the 2023 Nissan Murano Has Over the Volkswagen Atlas Cross Sport

2016 Titan Warrior 2001 Alpha T 2001 Nissan Nails 2021 Surf Out The thing about Nissan truck concepts over the years is how daring they are. It isn’t shy about going contrary to the norm to explore what a pickup truck really is. To wit, we present these four ...


View more: Nissan Truck Concepts We Wish Were Made

Which is more affordable? Which is more powerful? Which can carry more? Not all SUVs are built the same. Some are designed specifically for off-roading like the Toyota 4Runner or for performance like the Mazda CX-5. Others are designed as premium SUVs and sport unique exterior and interior styling, ...


View more: 3 Advantages the 2023 Nissan Murano Has Over the Chevy Blazer

1. More seating inside the Dodge Durango 2. The Durango has more horsepower and torque 3. More payload and towing capacity than the Nissan Murano 4. More maximum cargo space in the Durango 5. More ground clearance Most SUVs look similar, but a few that automakers try to make ...


View more: 5 Advantages the 2022 Dodge Durango Has Over the Nissan Murano

The driver allegedly said he didn't feel like stopping after reaching 150 miles per hour.