Answering the question of whether the Ford Ranger Stormtrak is more than just a pretty face, we put it to the test by hooking up a large trailer and setting off into the wild unknown.

If you’re the sort of person who engages in extra-curricular activities that require larger equipment to enjoy, you may very well be in the market for a larger vehicle, something that is able to tow effectively. Boats, trailers and caravans all require a robust vehicle with adequate power in order to do this efficiently and effectively.

The Ford Ranger double cab is an appealing proposition; it’s a stylish double cab with enough practicality to allow you to load up four adults, gear and equipment and traverse rough terrain. The engine and drivetrain options also allow for a variety of combinations that guarantee that you’ll be able to find a model that fits your specific needs. Several special edition models are also available, one of which being the Ford Ranger Stormtrak. 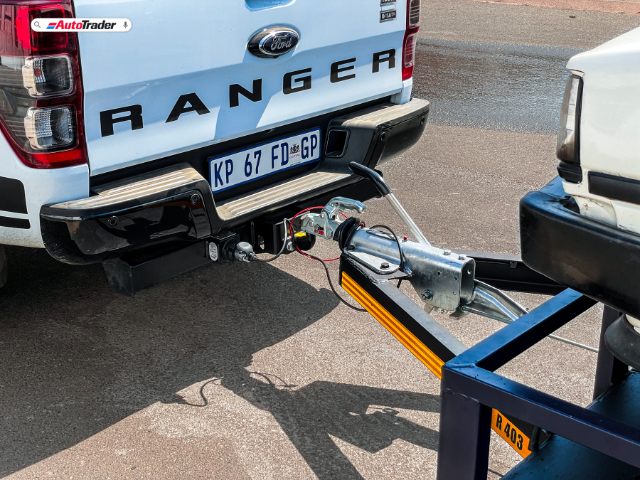 Fortunate enough to have access to the Stormtrak for an extended period of time, we’ve been able to put it through its paces and assess what living with this model is like. We were particularly curious about its towing capabilities and keen to see how it would behave when one decides to attach a larger-than-usual trailer.

The Stormtrak is powered by a 2.0-litre Bi-Turbo engine and produces 157 kW and 500 Nm torque. While it is still possible to get the 3.3-litre 5-cylinder engine in the WIldtrak, the Stormtrak is only available with the new Bi-Turbo 2.0 configuration, paired to the 10R80 10-speed automatic gearbox. If you’re yet to drive the 10-speed, you may think that it’s overkill and far too many gears to have to deal with but the 10R80 is a rather clever gearbox and is capable of gear-hopping so that the number of gears are reduced. It’s able to automatically detect the driving conditions and change from 3rd gear to 6th gear without needing to first shuffle through 4th and 5th to get to 6th gear. It is able to do the same on downshifts as well. 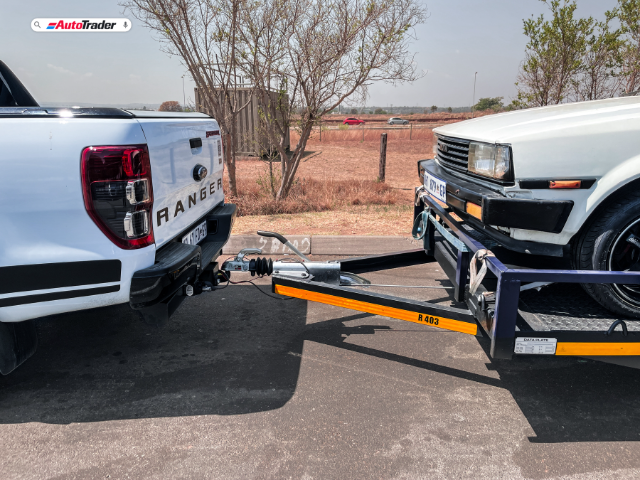 The 10-speed gearbox is actually ideal for towing; with the additional load placed on the drivetrain, it will be able to select the gear in numerical order without skipping, ensuring that the engine remains in its peak torque band and preventing unnecessary jerking.

If you think that the Stormtrak is all show and no go, you’d be wrong. An electric roller shutter and load bin partition mean that anything stored in the rear load bin is safeguarded against the elements and prying eyes, the partition preventing luggage and equipment from shifting around, particularly under braking. Despite its red detailing, 3D badging, black roof rails and upmarket interior, it’s still a workhorse underneath and very much up for that task of towing unbraked trailers or good up to 750 kg with a braked towing capacity of 3 500 kg. To facilitate this, the Ranger Stormtrak is equipped with Trailer Sway Control. 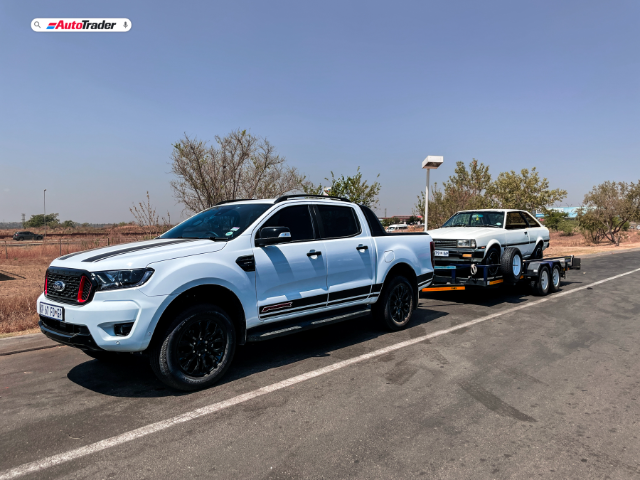 Utilizing the ESP control system, the Ford Ranger Stormtrak is able to detect when a trailer starts swaying, be it due to crosswinds, an unbalanced load, or road and driving conditions. It will alert the driver that Sway Control has been activated and will automatically apply asymmetrical braking to the rear wheel and reduce engine power in order to regain control of the trailer.

It does this by constantly monitoring the yaw sensors and correlating the signal received with the steering and speed sensors to identify and subsequently correct a swaying trailer. 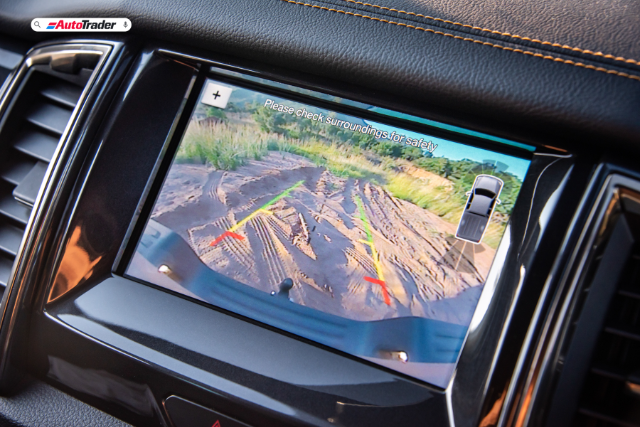 We loaded up a braked, double-axle car trailer and then drove on our project car. Albeit somewhat stripped, the vehicle on the trailer weighed approximately 900 kg. With the vehicle strapped down, we backed up the Ford Ranger Stormtrak and tapped the + sign in the top left-hand corner of the reverse camera display. This gave us a towbar view which made it even easier to align the Stormtrak with the tow hitch of the trailer. The load bin partition allowed us to store a toolbox undercover and without fear of its dancing around the load bin.

Trailer attached, we set off on a trip that saw us navigating the tighter confines of suburbia and then hitting the highway for a long-distance cruise. It was immediately evident that the Stormtrak was not going to struggle with this load and that the combined 1 500 kg load was well within its limitations. The 10-speed gearbox behaved as anticipated, using more of the gears available but allowing the 2.0-litre engine to remain in a rev range where it was happy. 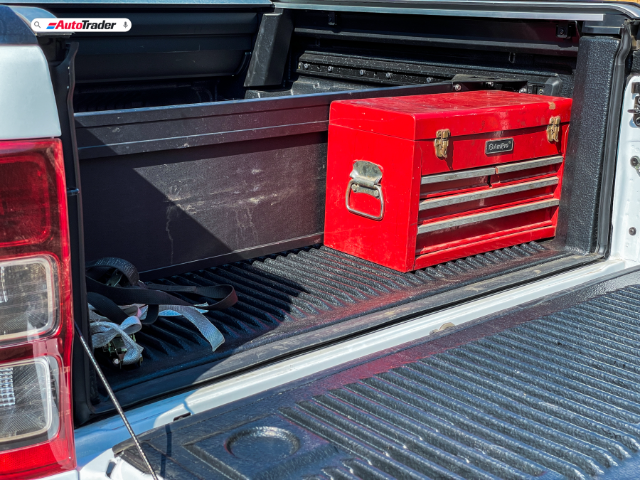 Out on the open road the Ranger hardly felt the presence of the trailer behind it. Towing at a comfortable 110 km/h, the Ranger didn’t miss a beat and despite a slightly off-centre load, Trailer Sway Control was never activated. I’m not one that tows too often but knowing that TSC was available and safeguarding me did wonders for my levels of trust and resulted in a stress-free journey.

The Ranger’s brakes never felt underpowered and it was only in more aggressive braking instances that the trailers brakes activated, checking the duo up as we reduced speed. The engine may be down on displacement but the increased power output over the 3.2-litre unit was appreciated and made light work of the towing duties, not once did the Ranger seem to struggle or protest at the load that was being towed. Fuel consumption naturally increased and where our daily runs have netted an average fuel consumption figure of 9.3 l/100km, this only increased by 1-litre to 10.2 l/100km when we were towing. A larger, less aerodynamic load may see this number increase.

We need to make this trip again, once again with a trailer and vehicle in tow, and I’m glad that the Stormtrak is on hand and available for this task. It’s a very capable towing machine and is one that should be considered if you are in the market for a tow vehicle, be it for a boat, car, or caravan. 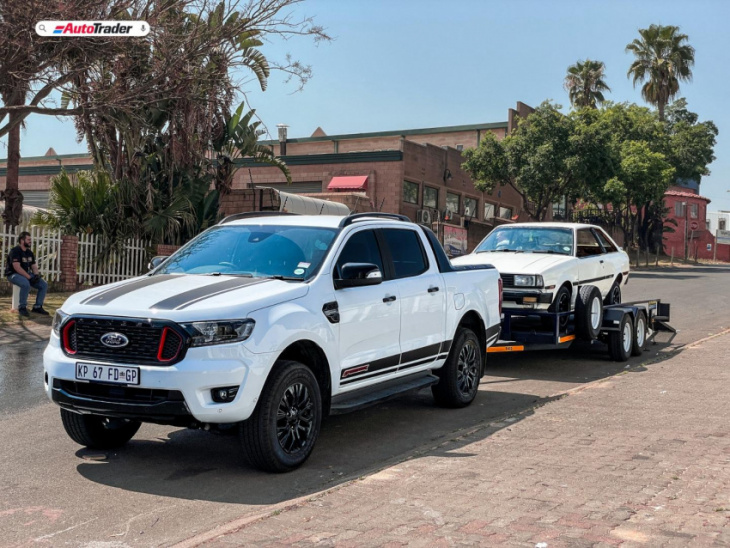 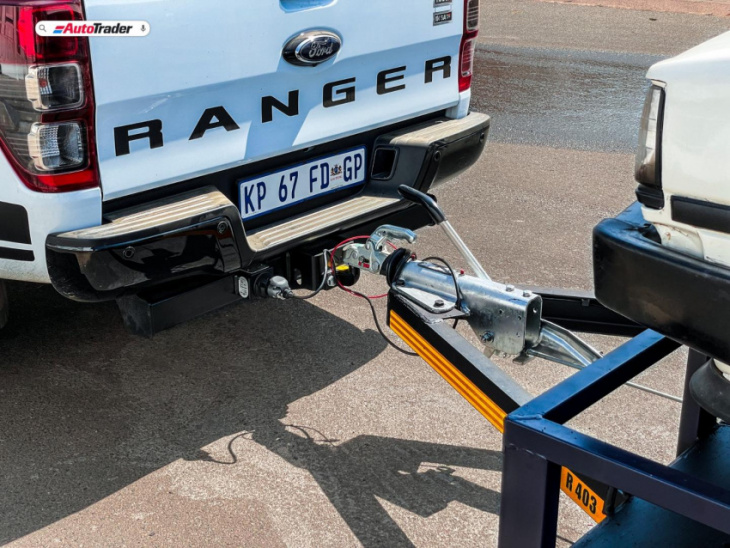 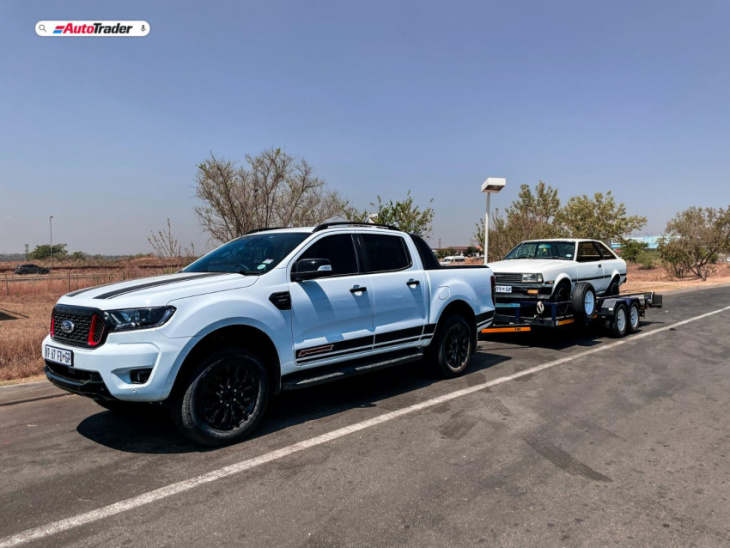 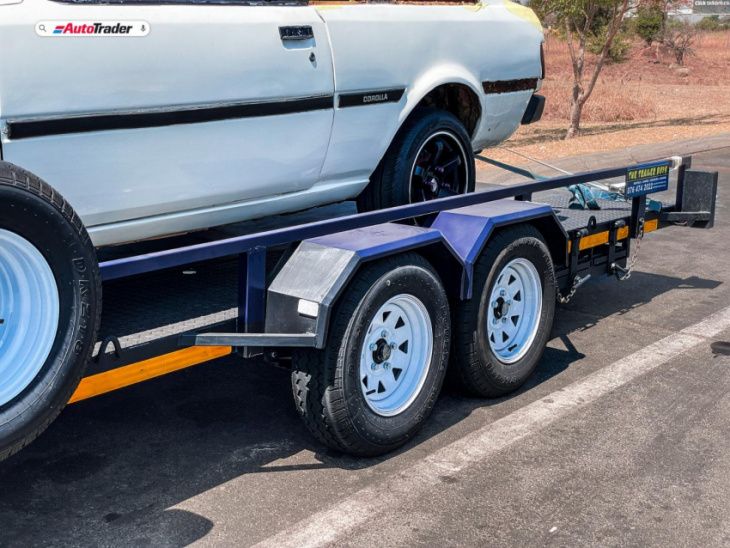 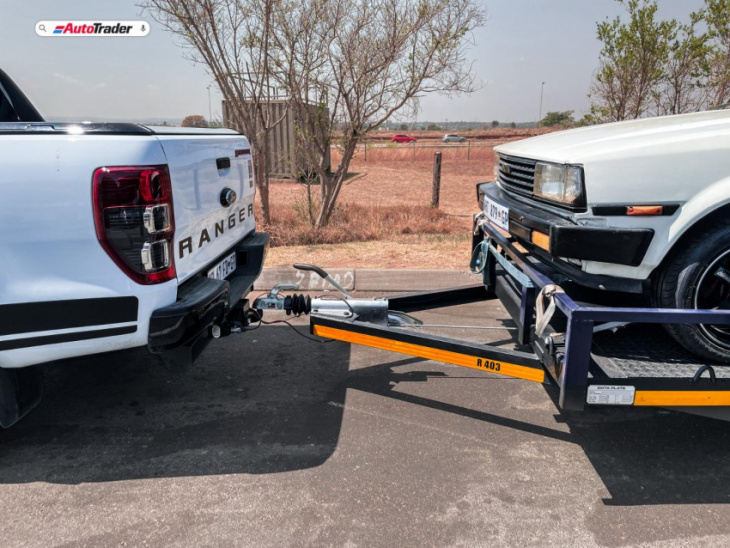 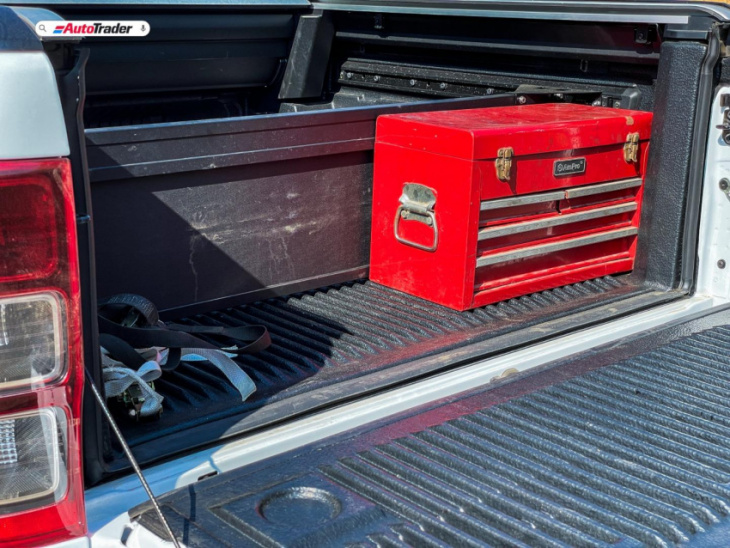 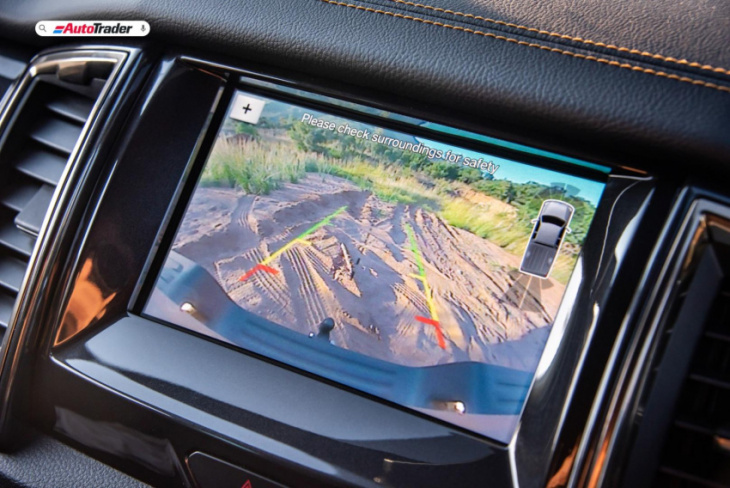 Keyword: Is the Ford Ranger Stormtrak good for towing?