Is the 2024 Ford Ranger Raptor Worth Waiting For?

There is a lot happening in the midsize market, including the upcoming Ford Ranger Raptor. But the American model is coming after the Raptor drops in other European markets and could be a little different. Let’s see if the 2024 Ford Ranger Raptor is worth waiting for.

2024 Ford Ranger Raptor: When is it coming out? 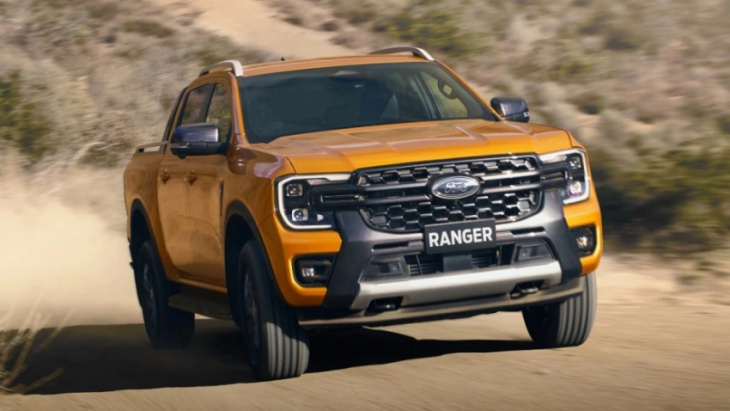 The midsize truck market is heating up, and the 2024 Ford Ranger Raptor will only add more spice. However, it hopefully won’t have ridiculously colossal fender flares that caused an uproar with the Ford Bronco Raptor.

We could see the Ford Ranger Raptor emerge during the 2023 model year. The current Ranger will be phased out of production as the new model enters production in May 2023. But keep in mind that supply change shortages could cause a delay.

Also, you might be able to get your hands on the 2023 Chevy Colorado ZR2 Bison first. It just emerged months ahead of the Ranger Raptor, giving it quite the head start. But pricing and ordering info hasn’t been released.

The Jeep Gladiator Rubicon is out and considered the most capable off-roading truck available, but it’s pretty expensive, with a starting price of $49,110. Plus, don’t sleep on the Toyota Tacoma, which is due for a redesign in 2024.

How much power does the Ranger Raptor have?

The 2024 Ford Ranger Raptor might not have the same engine options as the models in other countries have. For example, the new turbodiesel 3.0-liter V6 turbocharged engine that cranks out 284 hp and 362 lb-ft of torque might not meet emission standards in the U.S.

In America, the 2023 Ford Ranger has a carryover engine. It will use the same 2.3-liter four-cylinder engine with 270 hp and 310 lb-ft of torque. But it could be retuned to offer more power.

Also, it’s expected to be paired with the same 10-speed automatic transmission while a six-speed manual is offered in European countries.

But according to Motor 1, the new turbodiesel engine seemingly can only accelerate from 0 to 60 mph in about 8.4 seconds, while the current American Ranger reaches 60 mph in about 6.8 seconds. Also, a hybrid engine is reportedly in the works.

The current Ranger can tow up to 7,500 lbs and doesn’t exactly need more muscle. But the Ranger Raptor could have a reduced towing capacity.

How much does the Ranger Raptor cost? 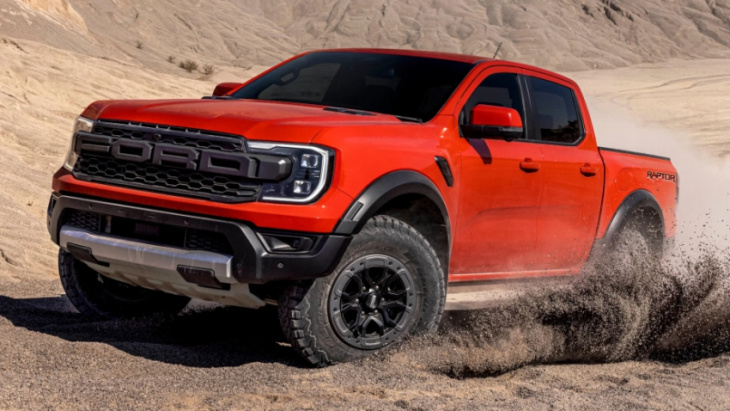 The new Ranger comes with a standard 10.1-inch infotainment system, but the Ranger Raptor will probably get the available 12.1-inch vertically oriented screen. It could have wireless Apple CarPlay and Android Auto, built-in navigation, and a premium audio system.

Ford fans may find that it’s worth waiting for the most capable Ranger ever to arrive. However, it might not have as much power as its rivals, and we’re still waiting to see what happens with the new Toyota Tacoma.

Keyword: Is the 2024 Ford Ranger Raptor Worth Waiting For?