There’s no denying just how popular the Ford Maverick has been. As a small truck, it offers compact sizing and an affordable price tag. In fact, it took the 2023 Maverick a little over a week to sell out, forcing Ford to close customer orders. Plus, the Maverick is probably the closest thing we will get to a ute here in the United States.

What is a ute?

A ute is essentially a car-based pickup truck. Instead of being based on a body-on-frame platform, a ute rides on a unibody platform. In the traditional sense, the bed is also integrated with the passenger body. Essentially giving you a car with the utility of a pickup bed.

Utes were first popularized in Australia, and to this day, they remain a common site. The story goes that in 1934 a farmer and his wife wanted a vehicle that could haul farm animals to the market but still be appropriate to take to church on Sunday. And none other than Henry Ford obliged them, setting the scene for these kinds of weird vehicles.

Is the Ford Maverick a ute?

OK, before the purists come after me, the Ford Maverick is not a traditional ute. But, it is one of the closest things we get to a ute here in the United States. This vehicle rides on the same platform as the Ford Bronco Sport and Ford Escape, even sharing some underpinnings with the Focus. 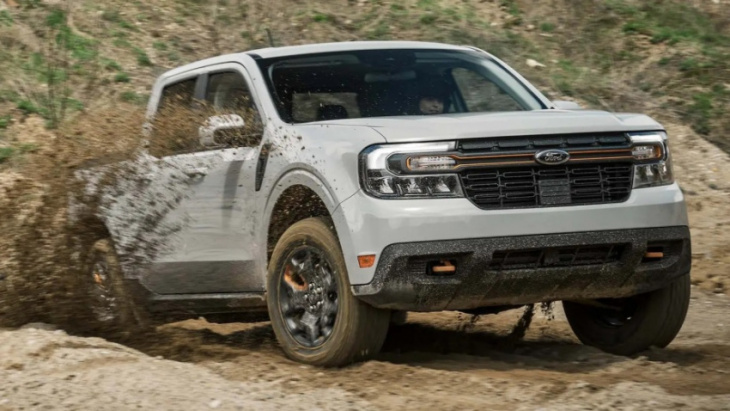 But, because of its bed configuration, it does not qualify fully as a ute. Although it is a small pickup truck. Should the Maverick be called a ute? If you live in the United States, I think you can get away with that. Along with the Hyundai Santa Cruz, these are really the only compact pickups being sold today.

Is the 2023 Ford Maverick available for order?

Well, orders for the new Maverick just opened, but according to Ford Authority, they are already closed. So, if you wanted a 2023 Ford Maverick, you might be out of luck. There’s really no underselling just how popular this small truck has been. The 2022 model sold out fast, but the 2023 model sold out even faster.

First, Ford closed orders for the 2023 Maverick Hybrid. And the next days, orders for the Maverick with the larger engine were shut down. It’s unclear if orders will open up again, but for now, if you want a Maverick, it appears that you can’t buy one.

Is there a Maverick Tremor?

One of the biggest changes for the 2023 Maverick is the addition of the Tremor package. This available option adds a one-inch lift kit, revised suspension, and even a new all-wheel drive system. Because of this, the 2023 Ford Maverick is a small truck ready for off-road duty. Despite being a unibody pickup. 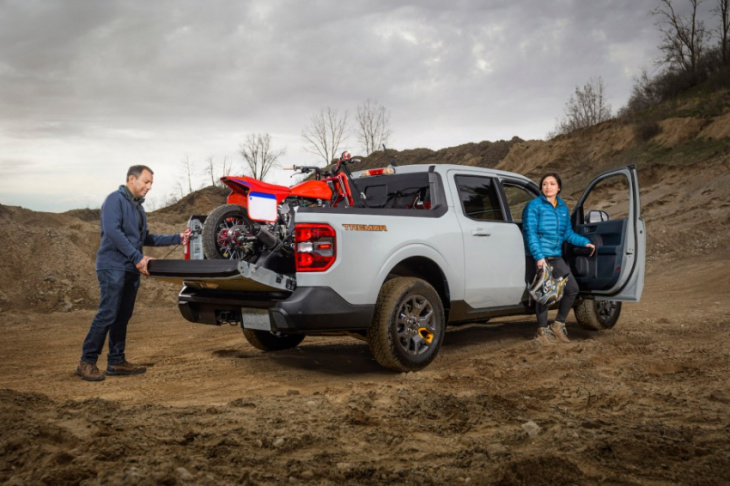 It’s hard to imagine the Maverick losing its popularity. Especially if Ford continues to improve its capability. So, although it may not be a true ute, it is certainly a solid small truck.