Is Silverstone Mercedes’ best chance of an F1 2022 highlight?

Mercedes has a formidable Formula 1 record at Silverstone, winning eight of the last 10 grands prix there; the team has upgrades planned; and George Russell believes the track “should suit us slightly more”. By its modest 2022 standards, Mercedes heads into the British Grand Prix weekend with reasons for confidence.

So what does that mean in terms of expectations, especially given at its best this season the Mercedes team reckoned it had a car good enough to be a title contender after the Spanish Grand Prix?

It’s important to put what happened in Spain into context. This wasn’t quite the breakthrough it was thought to be at the time, although the upgrade introduced for Spain did result in the porpoising problem that plagued Mercedes early in the season being, as team principal Toto Wolff has put it, “greatly reduced”.

Unfortunately, what it didn’t cure was the serious ride problems that continue to cause problems both for driver comfort and pace. Given Mercedes has regularly been surprised by the extent of its troubles, any optimism is couched in very cautious terms.

“I’d like to think the high-speed nature should suit us slightly more, but there’s no guarantees,” said Russell of Silverstone. “Every single track we have gone to has thrown an unknown at us.

“We are facing different issues every single race weekend, so I’d like to think we’ll be more competitive. But I don’t know.” 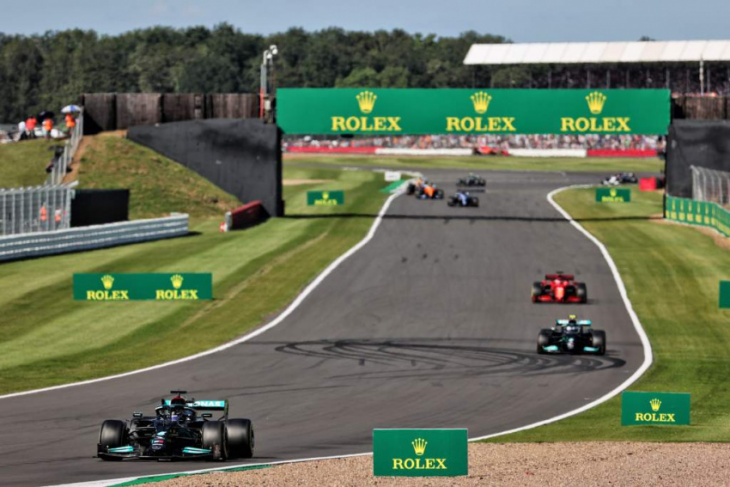 The Mercedes is strongest in faster corners and on smooth tracks. Silverstone is a quick circuit, and has a reasonable surface even though there is still the odd bump there to catch drivers out. It’s not quite as smooth a surface as, say, French GP host Paul Ricard has.

And as Lewis Hamilton has pointed out, there are still concerns about the ride problems causing difficulty in certain corners.

“But we have bouncing, so I don’t know how it’s going to be through Copse and all those places.”

Silverstone is also a different challenge to Barcelona. While the latter remains a more pure downforce circuit, the grip level of current cars, particularly in the fast corners, makes Silverstone more of a compromise aero-wise.

But given the combination of the configuration and what proved to be a relatively encouraging race performance in the Canadian Grand Prix last weekend any optimism isn’t coming from nowhere. However, it seems Mercedes as a team is determined not to get carried away, especially given previous false dawns.

“One swallow doesn’t make a summer, “ said Wolff after the Canadian Grand Prix. “We also saw that swallow in Barcelona, but somehow it flew somewhere else so we need to be careful. 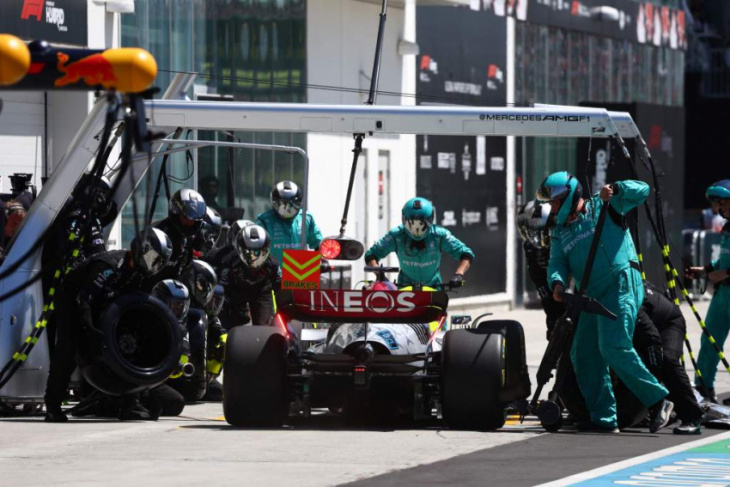 “We were off the pace on Friday [in Canada]. In the wet we were good, I think that was respectable. And I think that today at times we were with the quickest cars. In the second stint, Lewis and George were almost matching the frontrunners. Maybe not quite but on some laps yes and that is very encouraging to see.

“But we just need to be careful. There’s so much work we need to do in order to be back at the front and we are not yet there.”

The upgrades for Silverstone could help, although these won’t transform the car given it will take more than a normal package to make the Mercedes W13 into a car that doesn’t have to run super-stiff and in a relatively narrow set-up window.

What will likely dictate the performance is how problematic the bouncing proves to be, something that could also be impacted by any action the FIA may take in implementing the system limiting vertical oscillations introduced in the pre-Canada technical directive.

But with the caveat that such action could change things, Mercedes technical director Mike Elliott also sounded a cautiously optimistic tone. 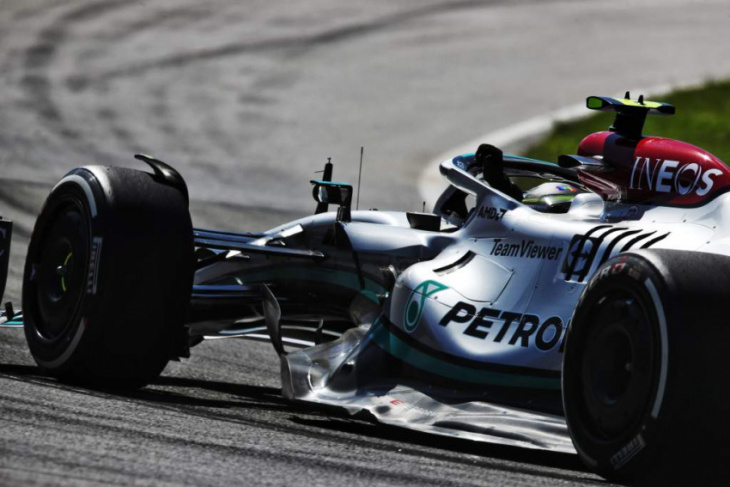 “We will be bringing new bits to Silverstone, we will be trying to push the car forward, trying to get some pace from the car we’ve got or from the package we’ve got as well as the new bits we are going to add to it,” he said in a Canadian GP debrief video released by Mercedes.

“I think at the same time though we have to be honest with ourselves and say that at the moment we are just a little bit behind those frontrunners in Ferrari and Red Bull. And in a normal race I think it is going to be tough.

“Silverstone will be a circuit that suits us a little bit better, like Barcelona did, but maybe it will be just a little bit difficult. 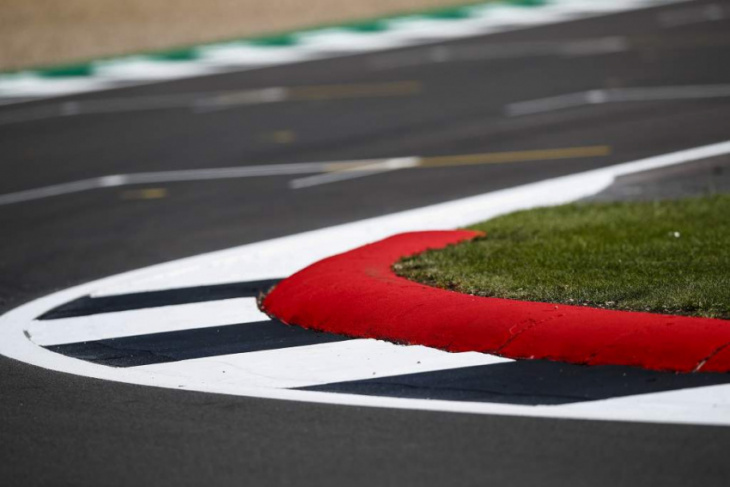 Realistically while Mercedes can be positive heading to Silverstone, the chances of challenging for victory are slim. They would be reliant on both Red Bull and Ferrari hitting trouble.

But it is reasonable to expect Silverstone to be one of the better weekends for Mercedes. That will likely add up to it being third-best, which is entirely predictable given either Russell or Hamilton have been the best-placed driver behind the leading Ferraris and Red Bulls in eight out of nine races this year. The only exception to that was Imola, where Mercedes was surprised by the extent of its porpoising problem.

However, Silverstone should allow it to be a relatively comfortable third, even if the performance levels might not match up to the pace that Hamilton in particular showed in his recovery drive after an early puncture after contact with Kevin Magnussen in Spain.

Keyword: Is Silverstone Mercedes’ best chance of an F1 2022 highlight?

Buyers of Mercedes-Benz’s fully electric EQ range of cars will be given an increasingly long list of functions denied them, at least in the USA. This time it’s something called Acceleration Increase, a USD $1,200 (RM5,345) annual subscription. Locking features or abilities already built into cars unless more money is ...

Mercedes-AMG A35 “Edition 55”. Are the regular Mercedes-AMG models no longer doing it for you? Find yourself looking out for something more distinctive still? Perhaps this might just be what you’ve been looking for. Mercedes-AMG is now opening registrations of interest for the first “55 Edition” models here. Built ...