Lincoln’s best-selling vehicle is its Corsair midsize SUV, so any updates to it need to be on point. There’s now an updated new 2023 Lincoln Corsair and the brand is making it clear that it wants to take on the best from Europe and Japan. Orders are now open for the early 2023 delivery of a new Corsair, but does it pack enough to take on the small luxury SUVs BMW X3, the Audi Q5, or the Lexus NX?

What did Lincoln add to the new 2023 Lincoln Corsair? 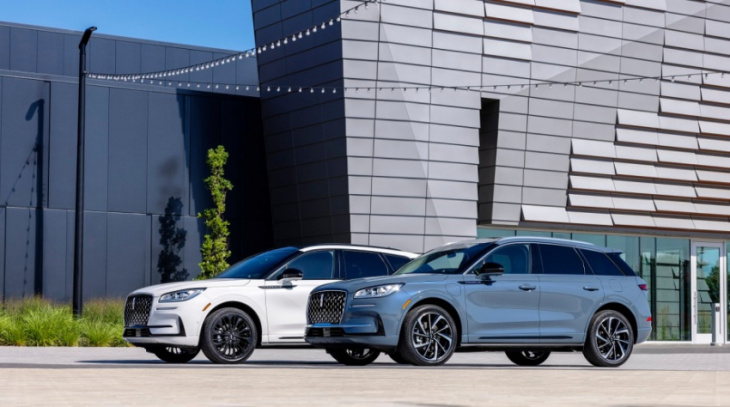 The Lincoln Corsair SUV was launched in 2020 and it quickly became the brand’s best-selling SUV. Its first update comes for the 2023 model year, and with that, it gets a slight facelift and a major technology update. The 2023 version gets an updated grille, new LED lights, and a few more options. On the tech side, the big news is the addition of Lincoln ActiveGlide, which most of us know as Ford BleuCruse, that allows hands-free driving on pre-mapped highways. It also gets some of the stuff that you previously had to step up to the Aviator to get, like Auto Air Refresh, a 13.2-inch screen, and voice-activated SYNC 4.

A blacked-out package is also available, which Lincoln calls the Jet Appearance Package. The other notable addition is the plug-in hybrid variant, called the Grand Touring, which offers 266 horsepower, with all-wheel drive.

What does the Corsair have over the competition? 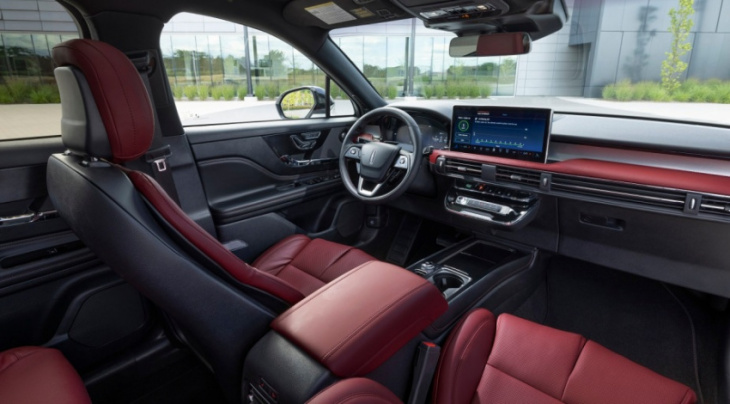 Audi’s Q5, BMW’s X3 and the Lexus NX all have giant grilles, and Lincoln joined that party with its own giant schnoz, albeit one with a bunch of chrome dots that Lincoln calls a waterfall. By the numbers, the Lincoln slots right in with its competitors, both on space and power. The new base engine, a 2.0-liter turbocharged four, makes 250 horsepower. For comparison, the base 2022 Audi Q5 makes 201, the X3 makes 248, and the base NX  250 makes 203 horsepower.

On the space front, the NX has 46.9 cubic feet of space, the BMW X3 has a generous 62.7, and the Audi Q5 54.6. The Lincoln, again, slots between these with 57.6 cubic feet of space with the seats folded. All of these SUVs can be ordered with all-wheel drive and several, luxury touches, and each has a suite of drivers aids like lane-change assist and blind spot warnings.

The base mode of the Lincoln Corsair, the Standard, starts at $38,690. For that you get a 250-horsepower 2.0-liter turbocharged engine, the Co-Pilot360 tech, and get a heated steering wheel and more. The big options are the Collection I and II packages, which at $3,595 or $10,360 add a lot more to the Corsair, including a hands-free liftgate, a heads-up display, a panoramic roof, and more. The $43,075 Reserve adds a lot of convenience features, as well as larger wheels and premium audio.

The base Corsair undercuts the competition on price. The X3 starts at $45,400, the 2023 Audi Q5 starts at $43,500, while the NX has a base price of $39,500. The Lincoln Corsair Grand Touring could almost be a separate model. When you step up to the $53,385 grand touring, it turns into a plug-in hybrid version. It’s basically the same on the inside as the Reserve, except with a battery. However, reviewers like those at Motor Trend, didn’t fully connect with the plug-in version.

Keyword: Is Lincoln Aiming to Embarrass BMW, Lexus and Audi With the new 2023 Lincoln Corsair?

At least at launch, the M2 seems to be coming with rear-wheel drive.

Lexus as a brand has always been associated with luxury, comfort, and exclusivity. Currently, Lexus offers the NX, RX, and LX SUVs, ES and LS sedans, and the halo LC coupe in our country. But the Japanese carmaker is now weighing in to bring an entry-level offering for India – ...

• This 2011 BMW 328i Sports Wagon is one of fewer than 400 3-series wagons fitted with the M-Sport package. • The wagon’s naturally aspirated 3.0-liter straight-six makes less power than BMW’s turbocharged engines, but it is less complex and thus more reliable. • The result is a car ...


View more: 2011 BMW 328i xDrive Sports Wagon Is Our Bring a Trailer Auction Pick of the Day

The first press car simply had a low coolant level, which compromised the fast charging performance.

BMW has announced its drivers for the 2023 IMSA season and revealed the M Hybrid V8’s livery, and if you’d guessed the car would be running with the classic BMW red, purple and blue colours you were spot on. We have to say, this looks like quite the machine. First ...

The New Lexus RX Is the Same As It Ever Was