Is ‘Hydra’ Hydrogen-Powered Motorcycle the Future of Two-Wheel Travel?

This is the “Hydra” e-bike, powered by hydrogen fuel cells. But the motorcycle looks like something from another planet. Maybe some would compare it to steampunk, but we don’t see it. We see an unusually designed dystopian-like bike stripped down to the bare minimum. The Hydra is a hydrogen-powered concept at this point, designed by the trio of designers Anton Guzhov, Anton Brousseau, and André Taylforth.

Why does hydrogen power the Hydra motorcycle? 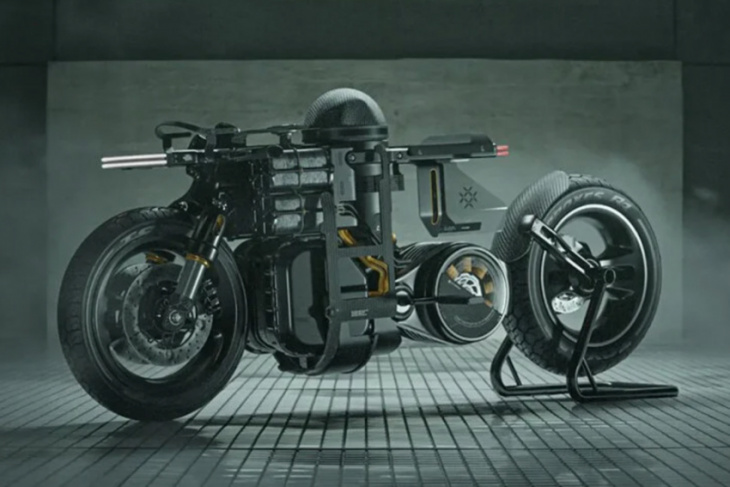 Hydra would use no lithium-ion batteries. Instead, it is powered by the most abundant molecules on earth. And its emissions are only a little heat and water. So it is far more sustainable than anything battery-operated. Both Yamaha and Kawasaki have been exploring hydrogen power for years. So it is a thing within that segment.

The hydrogen motorcycle was created in Blender 3D computer software program according to Designboom. It combines elements of virtual reality, visual effects, and 3D modeling. A carbon fiber shell will cover the steel-frame structure. You’ll see separate assemblies slowly put together to form a traveling motorcycle in the video.

How does the Hydra motorcycle get its power?

The design dictated the fuel cells being in front. So a somewhat bulky carbon fiber case conceals them. Under the seat is the smaller final-drive electric motor cantilever behind the hydrogen cells. The hydrogen powers the fuel cell, which makes the electricity the motor runs on. So from a sustainability argument, it fulfills everything you would want. 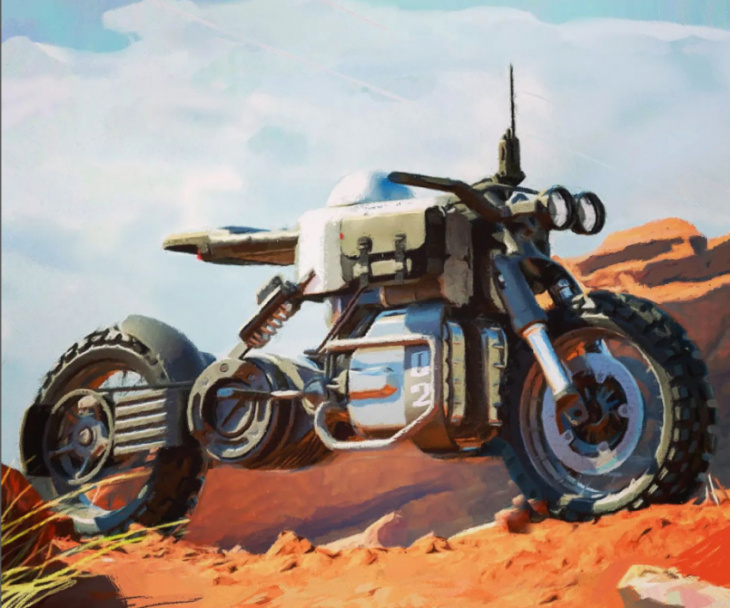 But hydrogen has its own issues, though none of them relate to its emissions. Instead, it relates to emissions spent to create hydrogen, which is very energy intensive. Some think it just comes out of the ground. But even extraction is expensive. It takes costly electrolysis to extract from water or separated out of carbon fossil fuels. But hydrogen’s advantage is to eliminate the use of fossil fuel.

Why is hydrogen not the best replacement for fossil fuels? 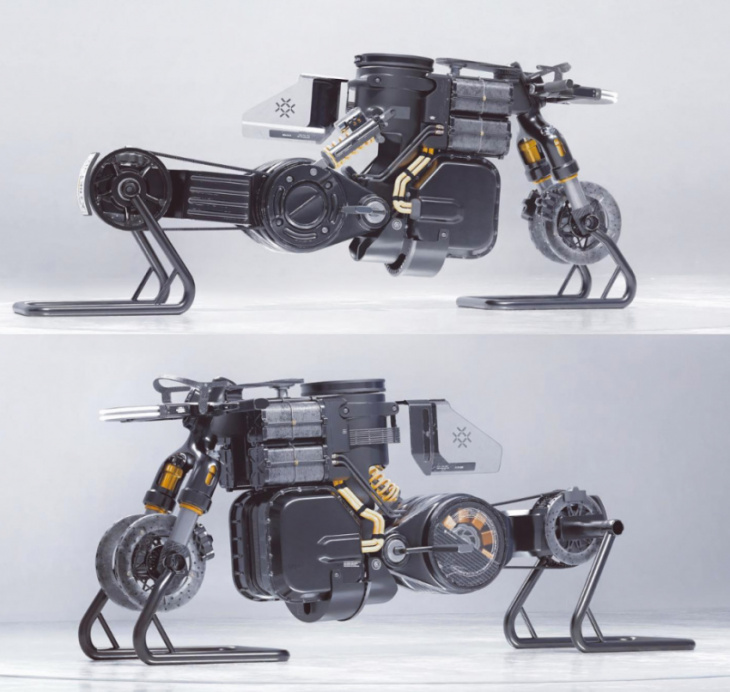 You need platinum and iridium as catalysts, in addition to a water electrolyzer, which are expensive materials and processes. Then there are the regulatory issues surrounding integration into commercial use. So this lack of a regulatory framework needs to be addressed. Storage and transportation are complex, so that adds more cost. 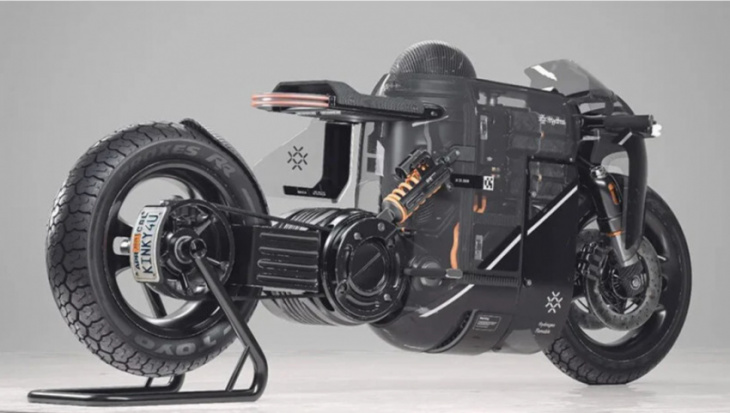 Hydrogen itself is an extremely volatile fuel. So that is of concern while processing, transporting, storing, and discharging it into vehicles. Each step could result in an explosion setting the technology back maybe forever.

All of that said, there could still be a future for hydrogen, which makes the Hydra motorcycle a very intriguing idea. Let’s hope that it can go from concept to a running prototype. Diversity will run rampant for the next decade or two, opening the door for many more possibilities like this.

Keyword: Is ‘Hydra’ Hydrogen-Powered Motorcycle the Future of Two-Wheel Travel?