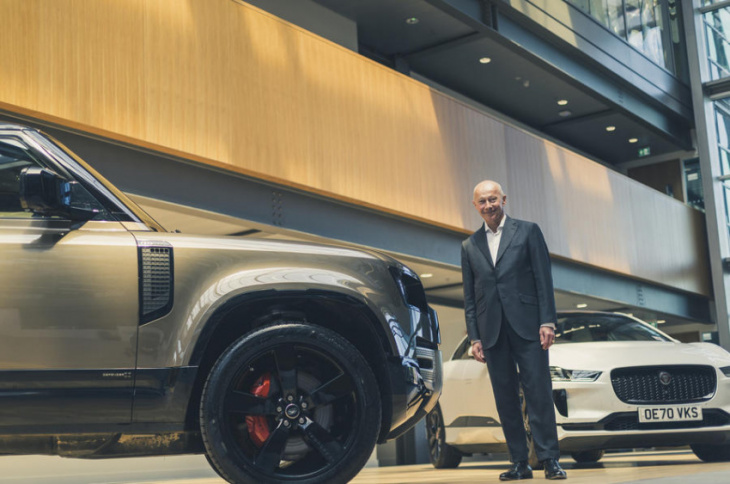 JLR boss Thierry Bollore gives an update on how his ambitious Reimagine plan is going.

Thierry Bolloré, CEO of Jaguar Land Rover, has proved to be something of a Goodwood superfan. He has attended most Goodwood events since he arrived in the job 20 months ago on a mission to implement a revival and electrification plan he labelled “Reimagine”.

We grabbed a word with Bolloré just after he’d taken to the famous hillclimb at the Goodwood Festival of Speed in the new Range Rover Sport V8, driven by senior engineer Graham Moss.

You’ve just driven the famous Goodwood hill – did you enjoy it?

“Of course, but unfortunately I had to go as a passenger. I would have loved to drive myself but I couldn’t because I didn’t have the correct licence. Next year I will make sure I drive myself.”

“They’re extremely important. Our profile as a modern luxury company should extend far beyond the cars themselves. It has to encompass the whole ownership experience, and that means into places like this. In the future we will make sure it does.” 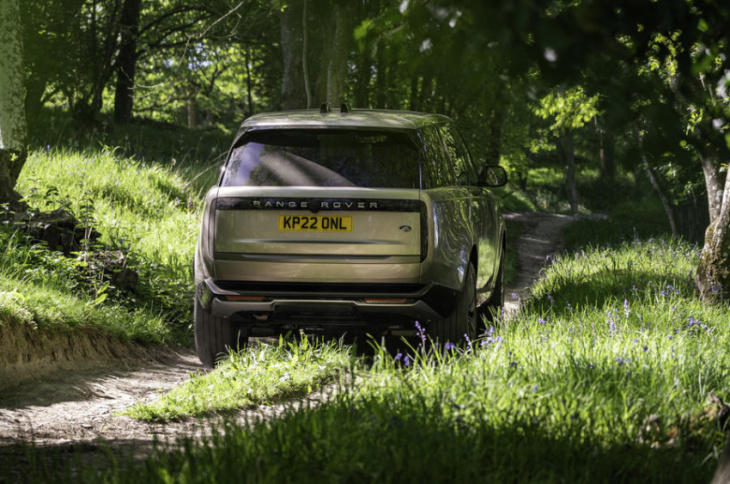 Your Reimagine plan is very radical, and very rigorous. Is it on track?

“Yes, it is exactly on track. [Read more here]. Maybe we are even a little ahead of the plan in some places. It is true that we have been rather quiet over the past months because we are concentrating so hard on work. We have a lot to do and we must concentrate on it because we have a long way to go. But even so, things are going well.”

Has the Reimagine plan been modified since you devised it?

“Not so much. Only to simplify it in some areas so we can go faster. But we are on track. You will see.”

Jaguar and Land Rover models have been criticised in the past for quality, and you promised improvements. Have you delivered them?

“Yes we have. I wish I could show you our graphs back in the office. We have progressed everywhere, but especially with our newest models. The new Range Rover is now setting an extremely high standard – our highest – and we are doing very well with the new Defender, too.”

How have you coped with the shortage in semiconductors?

“To be candid, we were not very good when the difficulties first emerged. We were unprepared and we were quite naive. We had up to 140 suppliers, and in some cases we didn’t even know where the semiconductors were in our cars. But we have worked extremely hard on the problem. Now have far fewer favoured suppliers — fewer than a double digit number — and we have worked with them to make huge improvements. It had been a very difficult problem, but it has brought us big benefits for the longer term.”

How has your production been going?

“We have had a difficult time, like many companies. Did you know that last year we made only half of the cars we could have made? It’s no surprise that we have long waiting lists. As you know, our aim is to make 600,000 to 800,000 cars a year, and we have not managed anything like those numbers.”

We know you’re working flat out on the new electrified Jaguar line-up — but what about new Land Rover models?

“We will advance some of those, too, even ahead of schedule to cope with electrification. But I can’t give details yet.”

Your Land Rover brands are extremely strong, buteven so you have work to do on the Land Rover Discovery family, is that correct?

“Yes it is. Our success with the new Defender has definitely had an effect on Discovery’s position. But we believe there is a great role for Discovery within Land Rover as a family of its own, and we are working hard on that.”

What sort of niche can Discovery have?

“It has always been a very family-oriented model, and we want to enhance that. It needs to have many of the best characteristics of our luxury models, but with the emphasis on practicality and accessibility.”

Given the relatively high prices of your cars, and the demand for new models like Defender, surely you must be the envy of the car world?

“Yes, I believe you are right. We certainly have many satisfied customers. Only yesterday I was talking to one of my neighbours who has a Range Rover Sport. He stopped me in the street and said ‘Thank you, Thierry. Thank you for my car.’ It was a great moment.”

All British Cars Inc., brings in the latest addition to its all-conquering Defender line about 7 months after they opened the order books . With the ability to fit eight adults across three rows of full-sized seats, it’s the ultimate combination of space and capability. The Defender’s silhouette has ...

The armored Jaguar EV is the first of its kind.

Jaguar pledged to “do better” and “compete for the Formula E world championship” in 2023 after coming close to taking the title in the last two seasons. That undertaking was made as the Jaguar TCS Racing team revealed its first Gen3 car, the Jaguar I-TYPE 6, in London on ...

Jaguar Satire Here’s TopGear.com’s roving correspondent, Cory Spondent, with his mostly incorrect exclusives from the world of motoring British carmaker Jaguar has today announced a new initiative whereby any customer who buys one of its cars will immediately be gifted another car completely free of charge if England win ...


View more: ‘Buy one get one free’ on all Jaguars if England win World Cup

The coming revolution Six legendary models  Get set for new Civic supercar  What’s the ev-friendliest christmas market?  They say cats have nine lives but legendary British brand Jaguar — with its leaping big cat emblem — appears to be using them up rapidly. It has endured a series of ...


View more: Is Jaguar off the pace? This classic British brand has hit some bumps in the road recently... Here we look at how the company can get back on track