If it’s true that motorsport is a man’s world, Laura Klauser didn’t get the memo.

Klauser joined General Motors as a summer co-op student while studying for her degree in mechanical engineering, and she was simultaneously bitten by the racing bug by joining her school’s team in Formula SAE, an international motorsport design competition for university students. She ascended through product engineering roles at GM in a variety of departments before joining the company’s sports car racing program in 2016.

In January 2021, she was named Sports Car Racing Program Manager, where at 35 years of age she’s responsible for GM’s Cadillac DPi-V.R, Corvette C8.R, and Camaro GT4.R cars racing programs globally, while also overseeing development of the Cadillac LMDh and Corvette GT3 cars that will launch in 2023 and 2024.

But the fact that she’s achieved this success in her career as a woman isn’t even the most encouraging part of her story. It’s that in every way — from her self-professed competitive nature to baking for her teams after a victory — she’s done it all while unapologetically being herself.

“Every time I try to be something I think somebody else wants, it blows up in my face,” Klauser told Driving. “I’ve been fortunate to find and learn that just being yourself is what matters, and thankfully that’s been respected by my peers.” 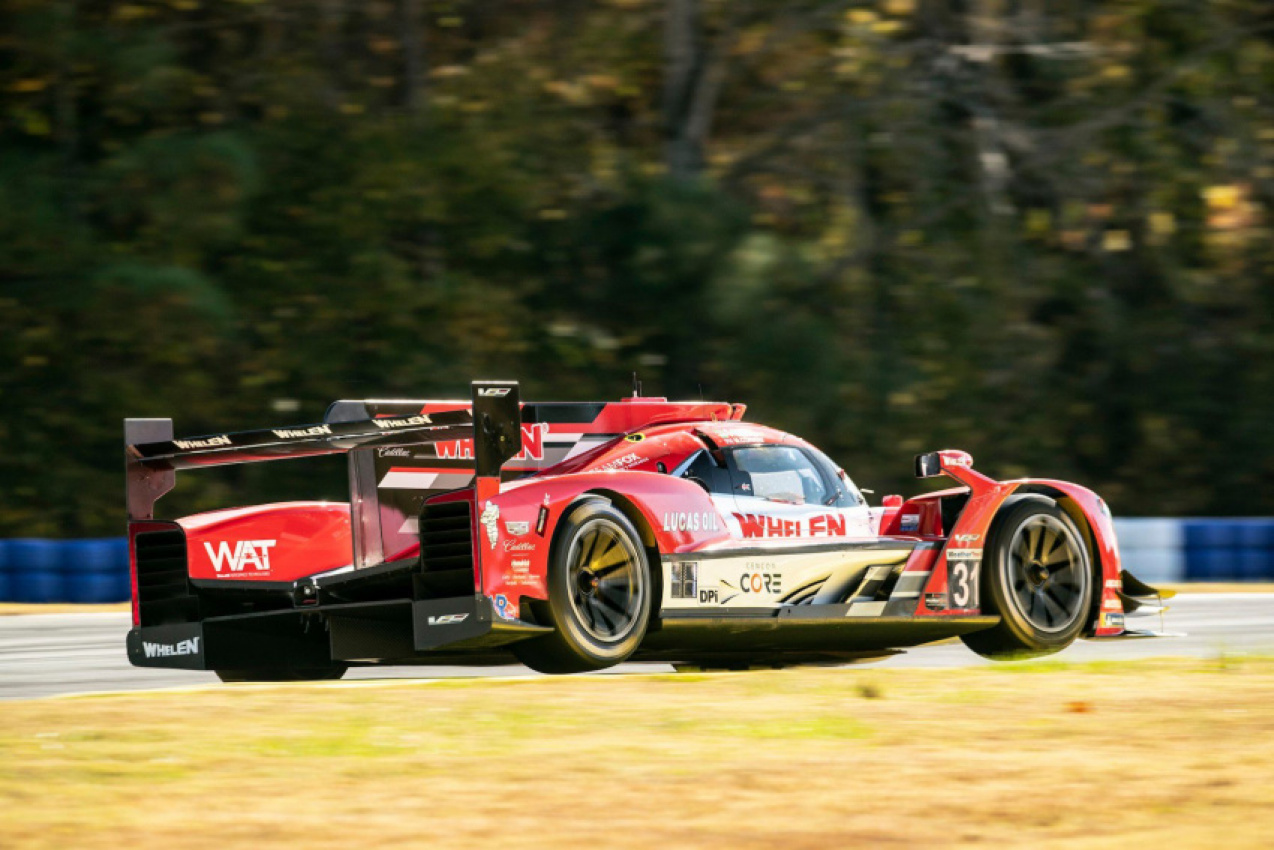 Klauser says that as a General Motors employee, she has never felt different or unusual for being a woman in engineering. Racing, on the other hand, has traditionally been a less diverse environment. But Klauser has observed that things are changing.

“We’ve seen quite a turning point in understanding how many good things can come from having a diverse group of people to pull from (with) different ideas and different ways to approach things,” she said. “Between technology and the exposure (from) the Drive to Survive (series) from Netflix, I think it has really gotten people interested and excited. So, now we’re seeing that there’s a diverse group of people that want to be a part of it, and that they bring a lot of positives for having that diversity.”

While motorsport is past the days where the cars being raced professionally are the same ones sitting in dealership showrooms, there are still many ways in which racing affects production cars. Having worked on both sides of the business, Klauser finds it fulfilling to see these benefits come to fruition.

“Sometimes it’s an individual part design, whether it’s engine work that we’re doing, understanding how to lightweight something, or figuring out what happens when you push something to the max or how to make sure you’ve got the proper cooling system,” Klauser explains. “We’re trying to push the boundaries in racing. We need answers faster. We need to be able to look at more things. We have to have systems that can work together instead of individual parts and pieces. And as we figure that out in racing, that goes almost one-for-one into help for production.”

As an example of this technology transfer, Klauser brought up the humble rear-view camera.

“The rear view camera that we have on the (Cadillac DPi-V.R) was a production part that we grabbed to put into racing,” she said. “We needed to increase the camera cycle time so that it could give a close-to-live image while you’re going 200 miles per hour at Daytona. Once they got the technology where it needed to be for us, they fed that right back to production.”

The mechanics are just as important as the driver.

Klauser’s responsibilities overseeing General Motors racing programs in North America are plenty of work on their own. But she’s also tasked with executing Cadillac’s commitment to joining the upcoming LMDh class in 2023, which will see prototype sportscars compete using hybrid powertrains in both North American and international competition, including at the 24 Hours of Le Mans. Pile on the upcoming Corvette GT3 program that’s launching in 2024, and Klauser has an enormous amount on her plate.

Her goals as she balances these challenges, by contrast, are quite simple.

“For me, the big goals are to have successful race cars,” she said, “We’re in racing to showcase the brand, to make sure that people understand that we have these great vehicles and this strong brand identity, (to make) people go, ‘hey, I’ve never thought about going to that dealership and checking that brand out. I should do that.’

“We’re set up such that we bring value back to General Motors, whether that value is in tech transfer or people development or tools. Whatever we’re doing, we’re constantly making it a point to justify our existence.”

As if that weren’t enough, Klauser piles one more thing onto her plate: win biscuits. She’s an avid baker, and she makes a point of sending homemade cookies to her teams after their wins to thank them for their efforts. The Action Express Racing team coined the phrase, she explained with a laugh as she said she does it simply because baking makes people happy. 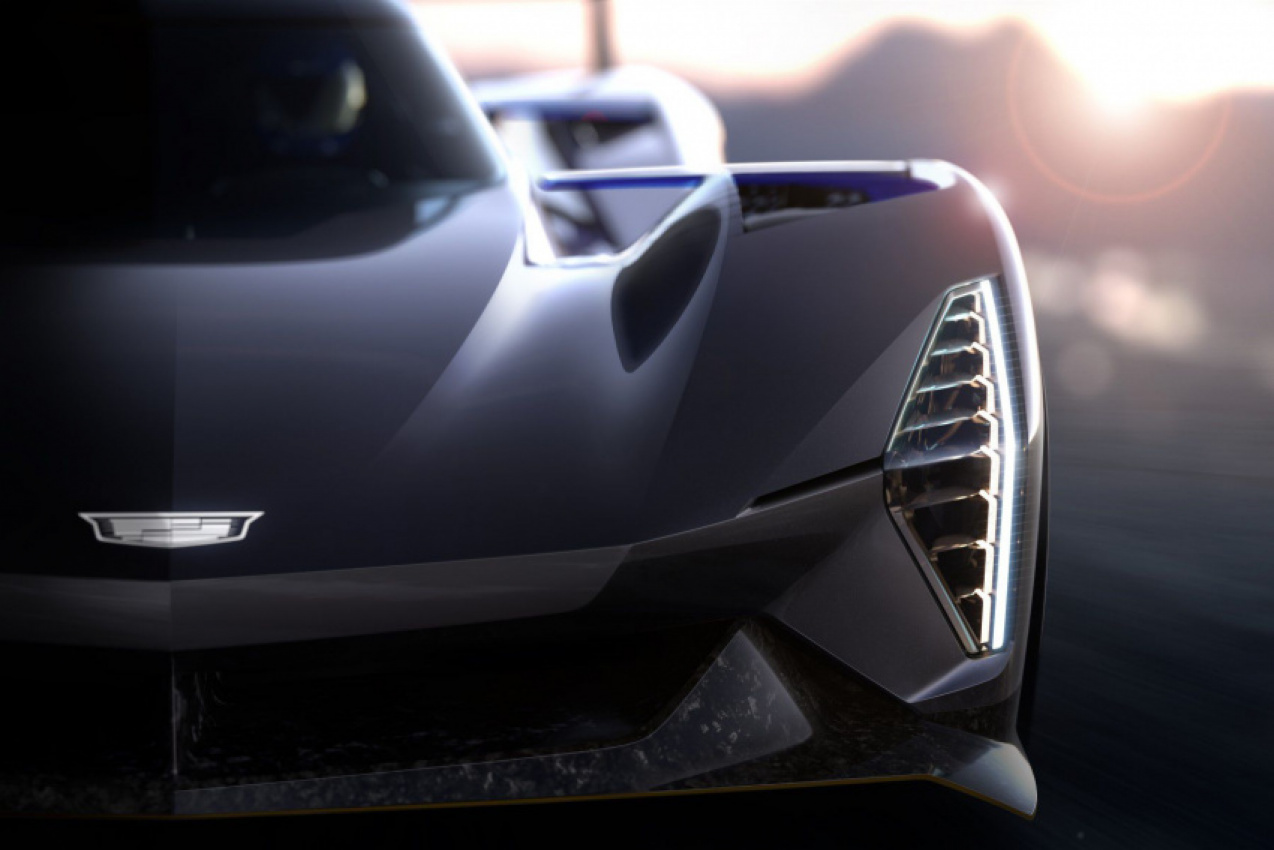 “It’s just a nice way to show people that you appreciate them, especially because you had to take time to do it,” Klauser said. “We give a lot of accolades to the drivers, but really it’s a team sport. The mechanics are just as important as the driver. If they don’t set the car up properly, if they don’t screw the wheel nut on properly, that means it’s the end of the race for that team. I want to make sure that we recognize the whole team, and that’s why I send them treats back to their shop.”

In Klauser’s view, the most important factor in encouraging continued diversity is providing a supportive and encouraging venue where women can ask questions about careers in motorsport. While there is a movement in development within the sport behind the scenes to formalize such a venue, she said, people who seek out answers today will be met with enthusiasm.

“It’s encouraging people to get curious and then feeding that curiosity with knowledge,” Klauser said. “We’re giving them a way to ask questions and having people take everyone’s questions seriously when they come and ask. And I think we’re at a point now where that’s happening.

“When you come in and you show interest and you want to know, people are excited to talk to you.”