Work on the long-promised Ineos dual-cab pickup is close to being finished, with Grenadier utes already being built in company’s plant in Hambach on the French-German border.

Speaking to CarExpert at the launch of the Grenadier wagon in Scotland this week, Ineos’ commercial director Mark Tennant said the brand has been working on the ute in parallel with the wagon.

“We cannot be a credible OEM with just one product” Tennant told CarExpert. 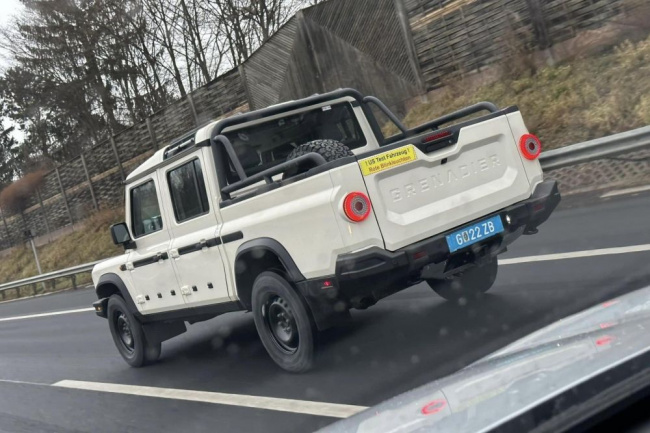 “The ute is coming… later this year. It’s integral to the [Grenadier] product, cab chassis as well. They are out and about and being built at the factory in Hambach, it’s very advanced, we will have it out there by the end of this year – production ready.

“If you think about this [wagon] product, it has been pretty much five years in the making and we broke cover on it very early as we had nothing to protect, but the pickup has been in the process in parallel as well.”

The dual-cab Grenadier pickup will give buyers a hardcore alternative to the Toyota LandCruiser 70 Dual Cab, and all the more car-like competitors like the Ford Ranger and Jeep Gladiator.

Images of the vehicle testing in Austria near Ineos’s development partner Magna were recently posted on the Ineos Grenadier Owners Group forum. 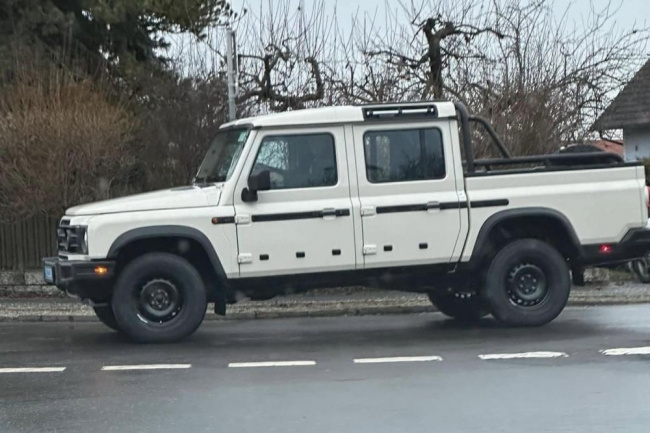 The powertrain of the Ineos Grenadier ute will be the same as the wagon, which means B57 (diesel) and B58 (petrol) engines sourced from BMW.

Both powertrains come mated to a ZF eight-speed automatic transmission (codenamed 8HP51 for the petrol, 8HP76 for the diesel), with what Ineos calls a new “heavy duty” torque converter. 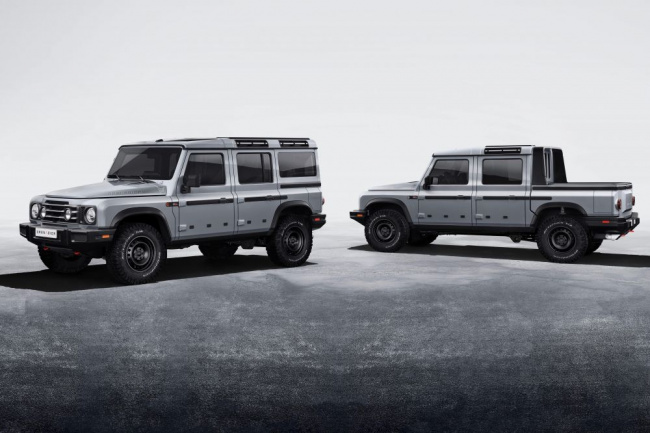 All Grenadiers utes will come standard with permanent four-wheel drive (4WD), with low-range accessed through a 2.5:1 Tremec two-speed transfer case. Matching the class-leaders, the Grenadier ute will also have a 3.5-tonne braked towing capacity.

The Grenadier ute’s wheelbase will measure 12 inches (305mm) longer than the wagon and while it will be identical in nature to the wagon up to the B-pillar, the rear doors are slightly different, second row has a bit less legroom, and the rear seats are more straight to accommodate the tray.

Although full dimensions of the tray are yet to be officially confirmed, CarExpert has seen photos of the final version and the size will be substantial, so much so that a 2240mm long BMW GS1200 motorbike can fit in the back (straight, not diagonal) with the tray door open.

The first Grenedier utes will leave the Ineos factory in Hambach before the year’s end and Australia – being the third-largest market for Ineos in total – will have high priority for production, but it is unlikely we will see any until 2024. 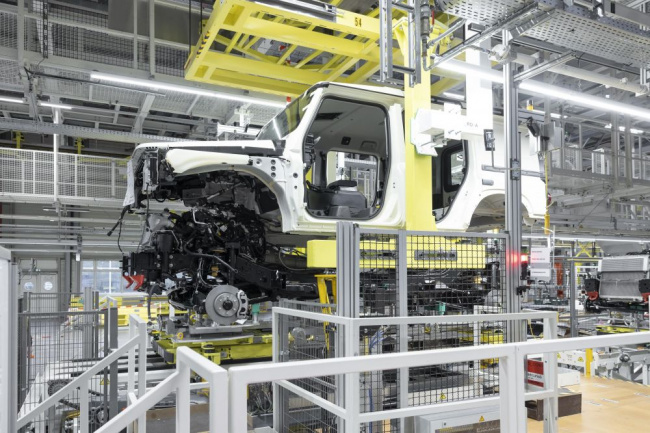 The Grenadier is the brainchild of Sir Jim Ratcliffe, the British billionaire engineer and chairman of multinational petrochemical giant Ineos. No expense has been spared on his passion project.

The official story says Ratcliffe was hanging out in London’s Grenadier pub in 2017, bemoaning Land Rover’s decision to kill the old Defender and replace it with the more modern and luxurious new SUV model.

Ineos Automotive Australia is a factory-backed operation rather than an independent licensed distributor. The company is headed here by Justin Hocevar, who previously ran Mini Australia and Renault Australia, and was a senior executive at Jaguar Land Rover and BMW Motorrad.