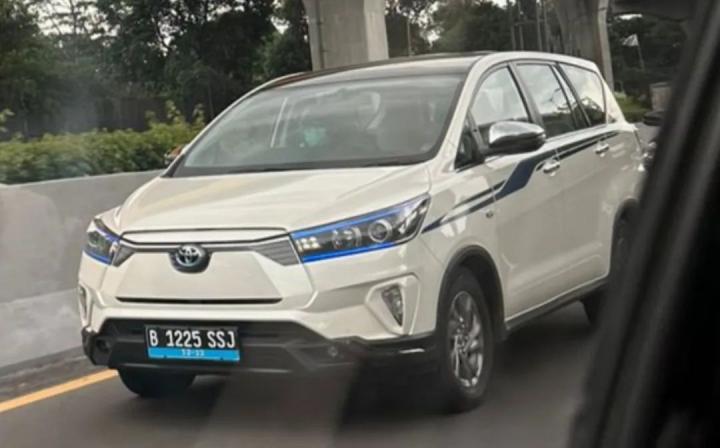 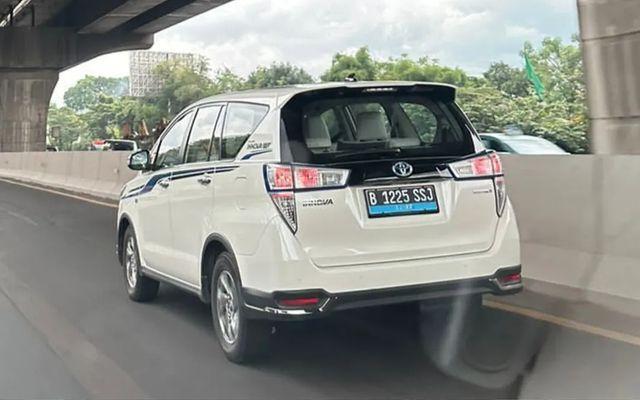 The Innova EV concept is based on the Innova Crysta sold in India.

The Toyota Innova EV concept was showcased at the Indonesia International Motor Show earlier this year. Now, the electric MPV has been spotted testing on the streets for the first time.

The Innova EV concept is based on the Innova Crysta sold in India. While the body shell is identical to the Crysta, the front fascia features a blanked-out grille and a redesigned front bumper.

The interior of the Innova EV is similar to the ICE version. The car gets an analogue instrument cluster with blue graphics and the infotainment screen displays vital information like the battery level, available range and current power output.

Toyota never revealed the technical details of the Innova EV concept. Therefore, details such as the output of the electric motor, battery capacity and maximum range still remain a mystery.