The game of kings has gotten a whole lot less gentlemanly.

Shotgun King seems deceptively simple and silly on the surface: take the king from the so-called game of kings and replace his armies with a boomstick. The funny premise belies a supremely addictive turn-based roguelike, one of the best to come around in a while.

The chessboard’s black king has managed to alienate every piece in his army, driving them to switch sides. With no other option, he picks up a Royal Shotgun and swears bloody revenge on the white king and his turncoat subjects.

Every stage features a chess board with increasingly difficult layouts of enemy pieces for the king to navigate, with an end goal of, what else, eliminating the opposing king. The player’s king can move one space in every direction each turn or take aim with his trusty shotgun. The shotgun follows typical videogame rules, being most effective close-up but having a spread on distant shots which allows you to clip multiple enemies with less damage.

At the end of each stage, you’re provided a choice between two mutually exclusive upgrades, each one strengthening the king and the opposing team in different ways. You might choose between a valuable +2 range boost paired with a modifier that strengthens enemy pawns, vs. a flat damage boost attached to a modifier that spawns additional rooks, for example.

It feels strange comparing this adaptation of chess to other videogames, but the action reminds me most of Subset’s Into the Breach or Firaxis’ new XCOM games. Shotgun King has that same sort of oh shit moment when you’ve realized you’ve backed yourself into a corner, the AI’s about to wipe out a successful run, and you know you have no one to blame but yourself. The traditional pieces of the game of chess lend the game a healthy enemy variety too, as well as a way to gradually ramp up difficulty by introducing more and more rooks, knights, and queens. 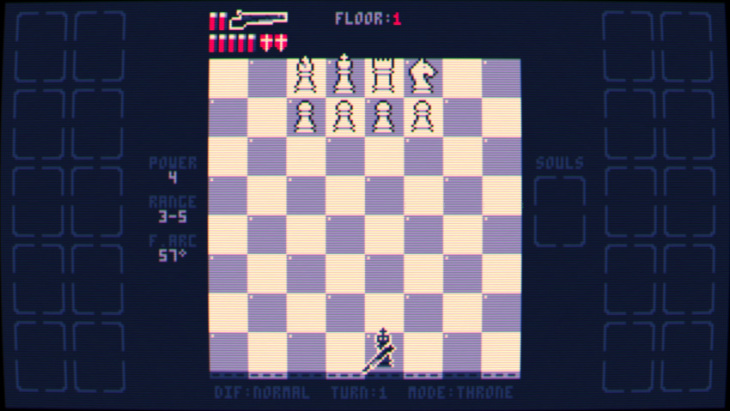 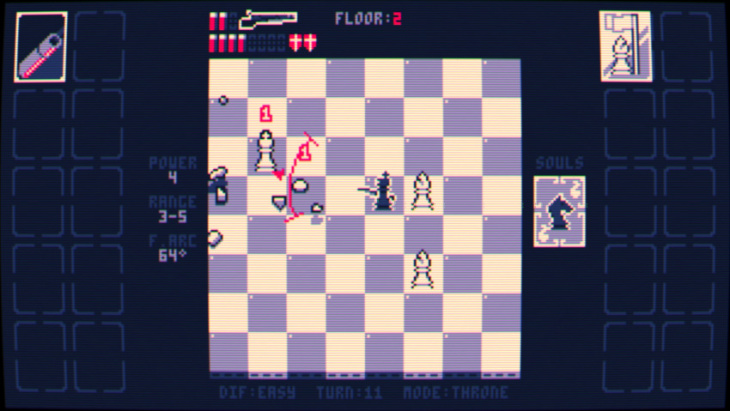 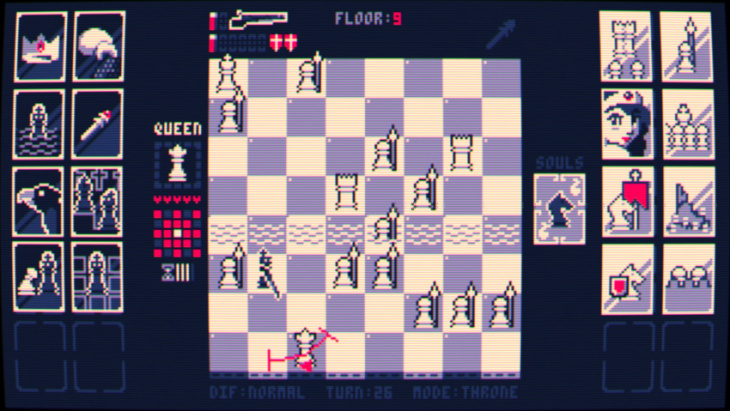 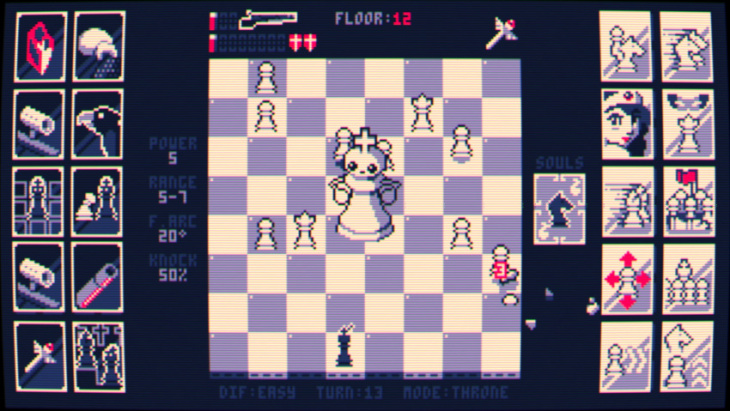 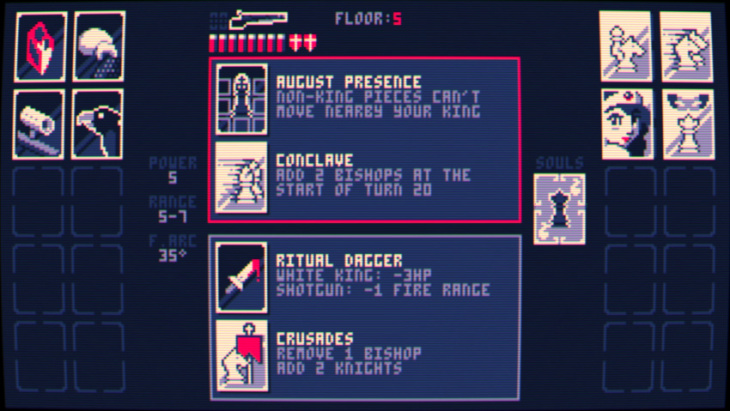 I also have to go out of my way to highlight Shotgun King’s titular weapon. Videogame shotguns are a venerable art form at this point, and Shotgun King’s is a standout example even through the low-fi presentation. It has a loud, cracking retort, and satisfyingly gibs your opponents.

Shotgun King came out of a 72-hour game jam, and that version is available as a free demo on both itch.io and Steam. Developer Punkcake Déliceaux have also expanded it into a larger game, available now for $6 on itch.io and releasing May 12 on Steam.

Punkcake also has a Patreon where it is attempting to put out one new game every month, with Shotgun King as its latest production. The team has also released cozy mushroom-builder Shroomchitecht and card-based Civilization-like Rush for the Ages so far this year. The developers at Punkcake set a fairly blistering pace for themselves, but have managed to deliver some charming and impressive little games.