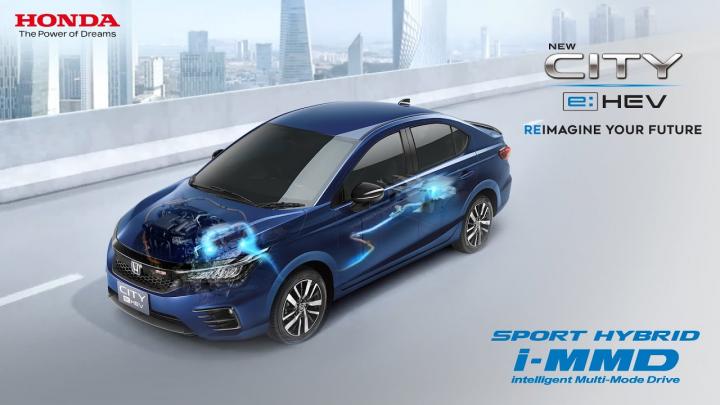 The Honda City hybrid will compete with the Maruti Suzuki Ciaz which features a mild-hybrid powertrain.

Honda is gearing up to launch the City Hybrid in the Indian market in the coming months. Now, according to a media report, the upcoming sedan could also debut the Honda Sensing Technology in India.

The Honda Sensing Technology will equip the City Hybrid with a bunch of active and passive safety systems. These include lane departure warning, adaptive cruise control, lane keep assist, emergency braking and collision warning. This is in addition to the standard list which includes six airbags, ESP and ABS among others. The tech is already available in multiple Honda products in the international market, but till now, hasn’t been offered on any of the models sold in India.

The City Hybrid will be Honda’s first mainstream hybrid offering in India. The sedan is expected to be powered by a 1.5-litre four-cylinder petrol engine producing 97 BHP and 127 NM. It comes with two electric motors – one is integrated with the petrol engine acting as an ISG, while the other powers the front axle. It generates 108 BHP and 253 Nm.

The Honda City hybrid will compete with the Maruti Suzuki Ciaz which features a mild-hybrid powertrain.