Ford is one of the many automakers embracing the world of hybrid and electric vehicles. The Ford Mustang Mach-E and F-150 Lightning are extremely popular right now. Additionally, the F-150 has the hybrid PowerBoost engine, which offers incredible fuel savings over other trucks. Is it surprising to learn the 2023 Ford Super Duty lineup will have a larger base V8 engine than before? Let’s explore. 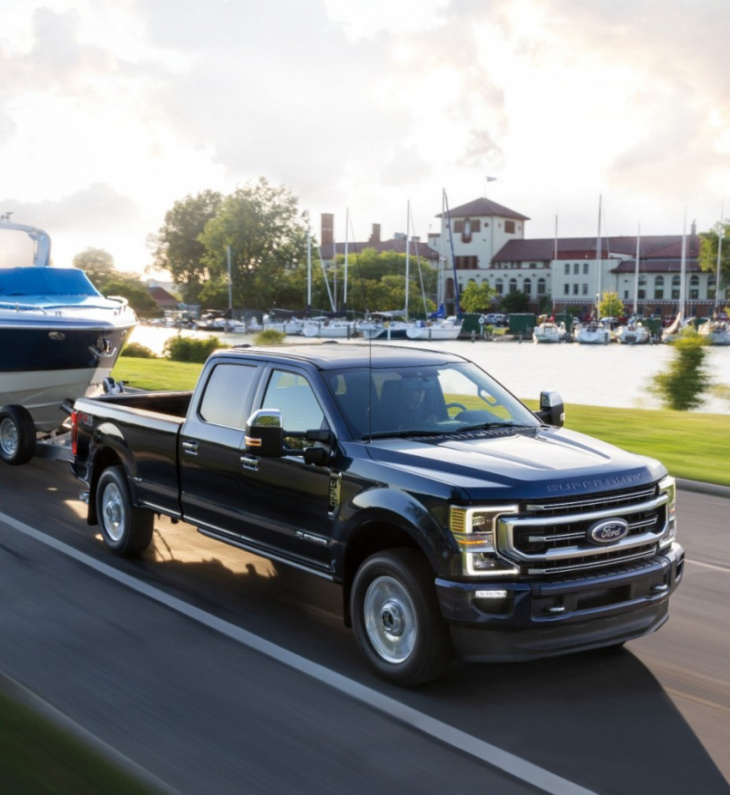 Ford Authority tells us the new Super Duty truck won’t enter the 2023 model year as a completely new model. Don’t expect to find a heavy-duty pickup with new technologies and components, but it should have a new powertrain in the lineup, giving us something to discuss.

What is the new engine for the Ford Super Duty truck lineup?

The Ford heavy-duty trucks receive a new engine going forward. Right now, we don’t know a lot about this engine except its size. This new power plant is a 6.8-liter V8 model that’s naturally aspirated. We expect the new engine to replace the 6.2-liter V8 Boss engine and fit into the lineup with the 7.3-liter Godzilla engine and 6.7-liter Power Stroke diesel engines. The Boss engine is the oldest, which is why we expect it to be the one deleted from the mix.

Does Ford offer the most engine options in the heavy-duty truck class? 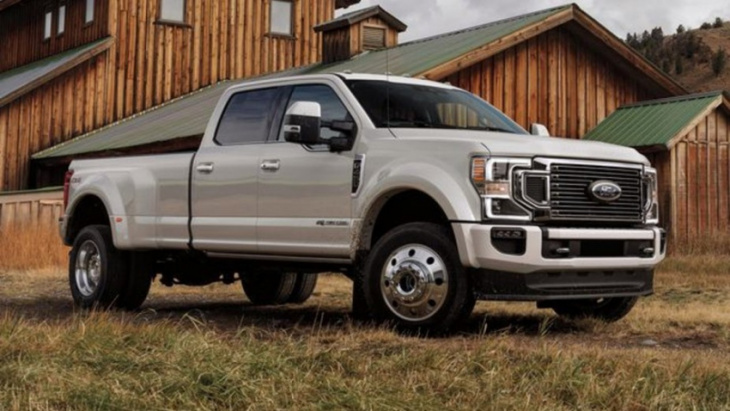 Yes, Ford has three engine options and has had them for several years, while both Ram and the GM pair (Chevy and GMC) have only two engines. Ram does offer two power levels with its Cummins diesel engine, while GM has one set power level for both the gas and diesel options. Ford is the only brand of the three to have two gas engines.

How much power will this new Ford engine offer to the Super Duty truck lineup?

What are some of the other upgrades to this heavy-duty truck lineup? Most of what’s being upgraded in this Ford pickup truck is unconfirmed. A few of the items that should appear in this truck are:

When will we see the new 2023 Ford Super Duty pickup truck?

This new heavy-duty truck lineup should be revealed before order books open on October 17. That said, the only confirmed information is the date that orders for this new truck can begin.

It seems strange that Ford adds a larger engine to its heavy-duty trucks while the auto market pushes toward electrification and hybridization. That said, fuel-sipping and EV technologies haven’t impacted the three-quarter and one-ton trucks yet.

Next, check out five used pickup trucks to avoid or watch this Ford Super Duty video below:

Keyword: In a World of Hybrids and EVs, the 2023 Ford Super Duty Receives a Bigger V8 Engine