Stellantis announces the 300 will depart next year, so this special-edition 2023 Chrysler 300C will pay homage.

It’s been more than six years since the Chrysler brand unveiled an all-new vehicle: the Pacifica minivan on Jan. 11, 2016, at the North American International Auto Show in Detroit. Soon, the Pacifica will be the only vehicle in the Chrysler stable, after the 300 sedan goes away following the 2023 model year.

The announcement from Stellantis comes this week as Detroit hosts a reinvented (and much smaller) North American International Auto Show. But the fullsize Chrysler 300 sedan—in the market since 2004 as a holdover from the DaimlerChrysler days—is getting a proper send-off before it departs.

With the 6.4-liter Hemi-powered 2023 Chrysler 300C special edition, the Detroit brand will pay tribute not only to this most recent 300 but also the nameplate that dates back to 1955, when the newly launched 300 was soon dominating NASCAR with its 300-hp Hemi V8 and dual four-barrel carburetors.

Chrysler will produce 2000 of these high-octane sedans for the US (with another 200 available in Canada), much like the Last Call versions of the Dodge Challenger and Dodge Charger that will mark the end of production for that coupe/sedan combo. The 300, Challenger, and Charger have been produced at Stellantis’ plant in Brampton, Ontario.

With a suggested retail price of $55,000, the 2023 Chrysler 300C will be a naturally aspirated fire breather, rated at 485 hp and 475 lb-ft of torque and capable of sprinting to 60 mph in 4.3 seconds and covering a quarter-mile in 12.4 seconds, Stellantis says. Channeling all that power will be a TorqueFlite eight-speed automatic transmission.

Performance upgrades include red four-piston Brembo brakes, a 3.09 limited-slip differential, active damping suspension, active exhaust system, and black rounded exhaust tips. Riding up front on the grille (and on the rear decklid) will be a new version of the tri-color 300C badge. 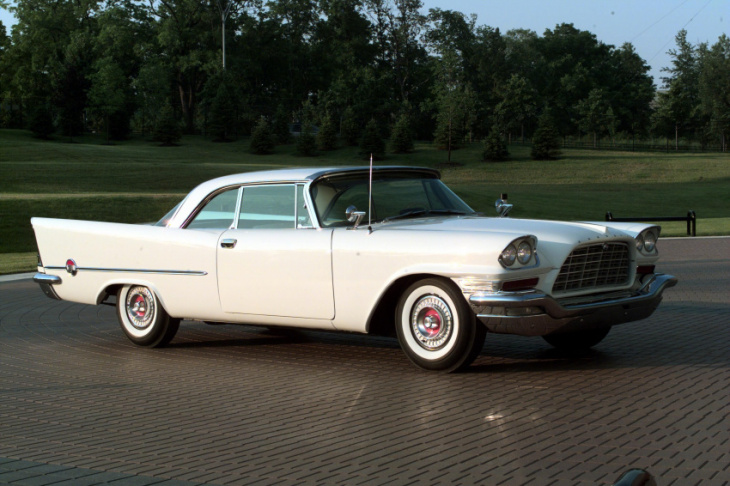 The interior of this outgoing 300C is all business: black Laguna leather sport seats embossed with the 300C logo along with carbon-fiber accents, a 19-speaker Harman Kardon audio system, and driver-assistance technologies such as lane departure warning and full-speed collision warning.

Hand raisers can visit reservation.chrysler.com to start the ordering process.

The Chrysler 300 had a good run, and it was marketed as the most powerful full-size car in the world when it launched in 1955 with its 300-hp Hemi. 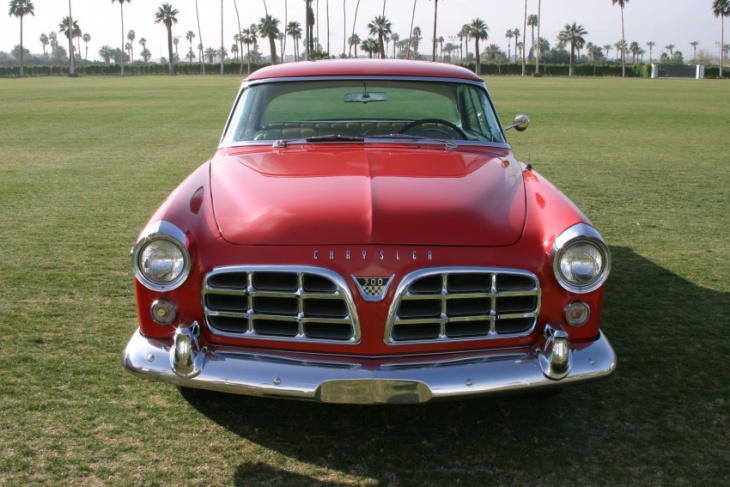 It took 30 years for Chrysler to revive the 300 name, as the front-wheel-drive 300M arrived (and was well received) in 1999 and stayed on until 2004, at which point, the sport-sedan baton was handed to what we know as today’s rear-wheel-drive Chrysler 300, with a fair amount of German engineering and available all-wheel drive.

Sales have plummeted for years, to fewer than 17,000 deliveries last year. 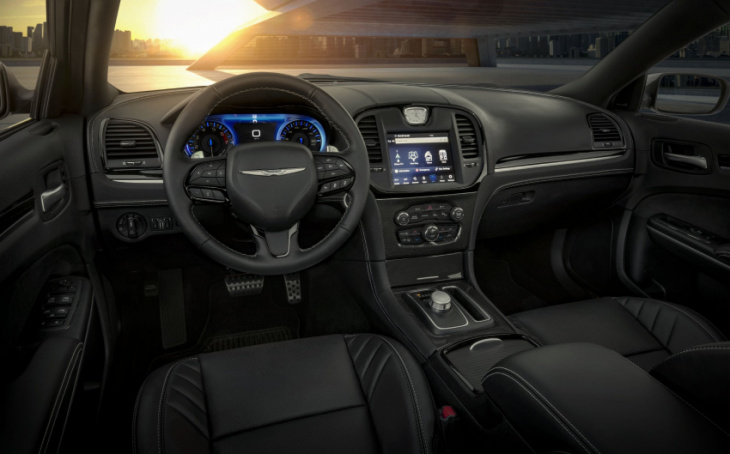 This has been the case for all large sedans for more than a decade, as they continue to struggle to compete with crossovers and SUVs. In reality, the 300 outlasted the Ford Crown Victoria, Mercury Grand Marquis, and Chevrolet Impala.

Factor in the industry’s general disillusion with internal combustion these days, and it’s surprising the Chrysler 300 lasted as long as it did.

So what happens now? Stellantis will close the Brampton plant for retooling in 2024, and production will resume in 2025 as the plant supports the brand’s electrification plans with a new flexible architecture.

Is the Chrysler 300C a V8? Is the 2023 Chrysler 300C fast? Is the 300C more collectible than a Dodge Charger? If you’re lucky enough to have reserved one, its a special car It’s no secret that Stellantis is phasing out some of the most beloved American sedans and ...

With all of the excitement and hype that’s surrounded the Dodge Challenger and Dodge Charger over the last several years, one might forget how big of a deal those cars’ LX platform-mate, the Chrysler 300C, once was. The Scat Packs, Hellcats and Demons might be the cars that get all ...


View more: 4 Advantages the 2023 Volkswagen Arteon Has Over the Chrysler 300