I-30 Speedway’s Short Track Nationals Are One Week Away 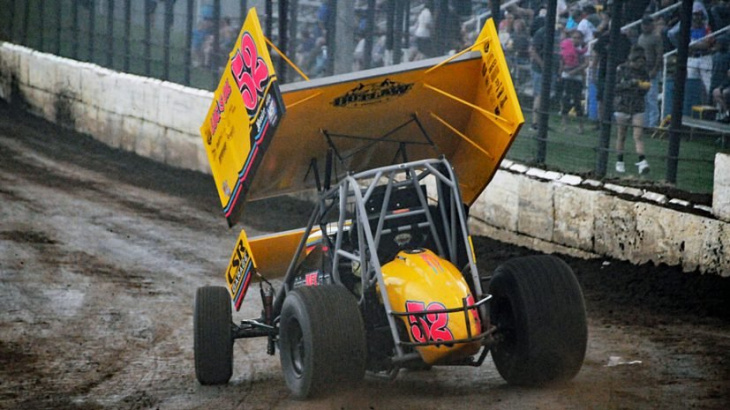 LITTLE ROCK, Ark. — The countdown is into single-digits as I-30 Speedway’s 35th annual COMP Cams Short Track Nationals (STN) presented by Hoosier Tires is just one week away.

There is already an impressive slew of entries that are set to gather for the $15,041-to-win Lucas Oil ASCS National Tour event that takes place atop the high-banked, quarter-mile clay oval next weekend.

The 35th STN weekend kicks off Thursday night, Sept. 29, with the ASCS Mid-South sanctioned 15th annual “Ralph Henson Tribute” that offers up a $5,646 winner’s share. The I-30 Speedway track champion will be determined that night as well and punch a free pass into Saturday’s STN finale if needed.

Feature money for just the two STN nights of action is approaching $70,000.

Crawley, who leads the way by far in career STN championship feature, starts at 24 (Gary Wright is next at 18) and is looking to add another win to his triumph in 1998 as he enters the closing stretch of his retirement season. Crawley has raced into the last six STN finales.

Coming off a win in the Hockett/McMillin Memorial, Johnson is trying for a second STN triumph as well after picking up the win in 1997. Johnson’s last top-five STN run was a fourth-place finish in 2014.

Several other top contenders are among the current entries include current I-30 Speedway points leader Derek Hagar, reigning Knoxville 360 Nationals champion Aaron Reutzel, past podium finishers Howard Moore and Dale Howard, along with other past championship finale starters Marshall Skinner and Matt Covington.

After going back-to-back in 2018 and 2019, Hahn made a lap 39 move past Jordon Mallett and then beat defending champ Sam Hafertepe, Jr. to the stripe for his third STN crown in 2021.

Mallett and Hafertepe, Jr., topped the preliminary “Twin 20’s” on Friday night to set the stage for Saturday’s finale.

Hahn’s triumph matched Steve Kinser’s three STN titles in the early years of the event while Hall of Famers Sammy Swindell and Gary Wright lead the way with five and four victories, respectively.

Keyword: I-30 Speedway’s Short Track Nationals Are One Week Away