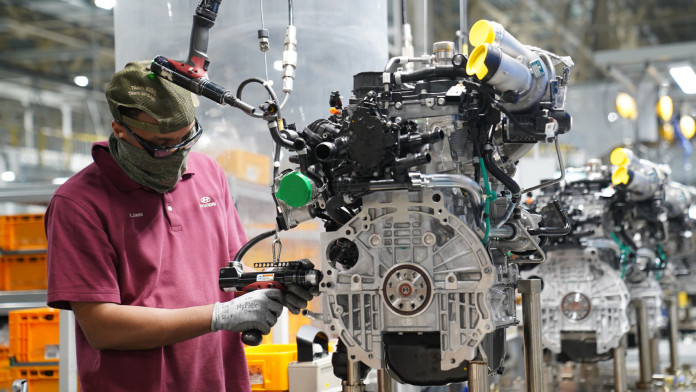 After several brands have announced that they will not stop making combustion engines, Korean car maker Hyundai has also joined the fossil fuel camp. According to Hyundai, some parts of the world aren’t ready for electric vehicle technology yet.

Speaking to CarExpert, Hyundai Executive Technical Advisor, Albert Biermann said, “We are continuing for next emission levels [in internal combustion development]. We have no other choices. I mean, we are not giving up on combustion engines, right, we are a global player. And there is no infrastructure available for EVs for quite some time in several regions.”

Back in December 2021, it was reported that Hyundai shut down its engine development department at the company’s Namyang Research institute. Business Korea reported that Hyundai’s powertrain group was subsequently reorganized into an electrification development team. As for engine manufacturing, Hyundai engines are made in the company’s plants in India, South Korea, Alabama, and the Czech Republic.

Other brands that have announced the continuation of combustion engines include Mercedes-Benz which says the AMG V8 engine will live on beyond 2030, BMW which will continue to have a petrol version of the BMW 3 series alongside the electric version, and Bugatti which says it has no EVs in the plan for at least until 2030. Currently, Hyundai’s EV lineup in Malaysia consists of the Hyundai Kona electric and the Hyundai Ioniq 5. Besides combustion engine cars, Hyundai also has hydrogen fuel cell cars, albeit not sold officially in Malaysia.

Hyundai has confirmed some details of its sleek new IONIQ 6 fully electric four-door coupe, including the range figures, battery capacity options and details regarding aerodynamics. The IONIQ 6 follows the IONIQ 5 as the company’s second dedicated (not based on an existing model line) full electric vehicle. It’s built ...

The more aero-friendly platform-mate of the Ioniq 5 offers a maximal interior, generous range, and a confident drive experience.

Hyundai’s new electric sedan has looks that set it apart from the crowd.


View more: The Hyundai Ioniq 6 Is the Electric Car For Design Nerds

There’s a reason—beyond sheer popularity—why so many full-line carmakers have led with crossovers as they ramp up their lineups for the electric era: Sporty midsize sedans like the Hyundai Ioniq 6 require more push and pull to look right while delivering the aerodynamic efficiency that’s so important for driving ...

Hyundai’s all-electric sedan has looks that will divide, but 382 miles of range means this is an EV that could be easy to love.

The new Hyundai Ioniq 6 electric car is a four-door coupé, which promises a long range and ultra-fast charging. Due early in 2023, we've been to see how it's shaping up...