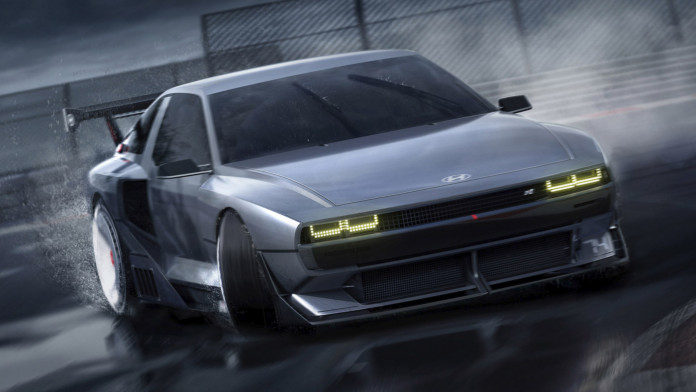 Back in 2017, Hyundai surprised pretty much everyone with the i30 N – a car that seemingly came out of nowhere, and helped cement Hyundai’s place in the enthusiast scene. But little did we know, the history of the N brand could’ve been very, very different, and perhaps even more special.

Speaking to Top Gear, former Hyundai N chief Albert Biermann revealed that they were initially planning to build a mid-engined supercar, which would have been used to launch the N brand in 2017 instead of the i30 N hot hatch – but the plan was scrapped before the car ever had the chance to see the light of day.

Biermann said that the defunct project was going to feature a carbon-fibre tub chassis, and a variety of powertrain options. “We had plans for a petrol [engine] with or without hybrid, or [it could also have been powered by] a hydrogen fuel cell,” he added.

Looking at the recipe now, it certainly seems like Hyundai had all the right ingredients to make the car a success. Biermann even admitted that it could’ve been Hyundai’s answer to the Honda NSX – an all-wheel-drive hybrid supercar, with a mainstream family-car badge – but “not boring”.

However, the company’s board of directors decided against making it a reality, before the car even got an internal codename; it was only ever referred to as “The Chiarman’s Car”.

“The problem was the car would have cost over USD150,000 (approx. RM687k), and at that time it was thought a Hyundai could not have this price,” Biermann said. For context, that would’ve been three times more expensive than anything Hyundai’s ever sold at that time.

Hyundai’s mid-ship aspirations weren’t a secret. The company has long toyed with mid-engine concept cars, starting with the RM14 back in 2014, and recently the RM20e in 2020 with an electric powertrain. And eventhough they all look like the Veloster, their underpinnings does closely resemble that of the cancelled mid-engine supercar.

Now that Hyundai N has firmly established itself as a serious contender in the performance vehicle space, maybe it’s time for the Korean carmaker to look into building a supercar again. After all, the N Vision 74 is perhaps one of the most exciting concept cars we’ve seen in a long time, and the response on the internet certainly backs us up.

Keyword: Hyundai nearly made a mid-engine supercar to launch its N brand

Going forward, the Grand i10 NIOS AMT is expected to be offere in two trims – Magna and Sportz. Hyundai has reportedly discontinued the top-spec Asta AMT variant of the Grand i10 NIOS. It is said that dealers have stopped taking bookings for the same, although, the variant is ...