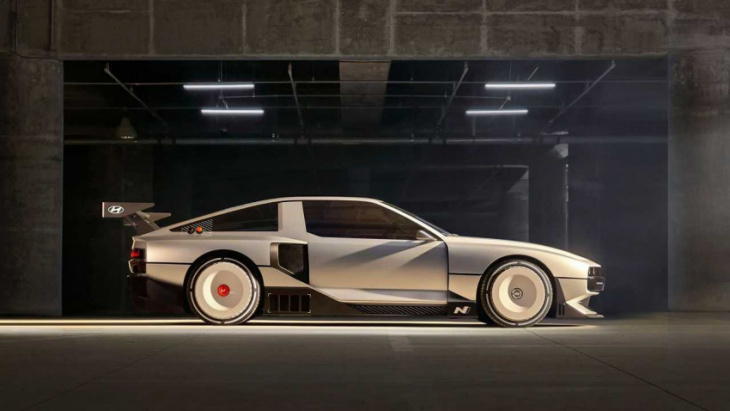 Rumors of an N-badged supercar have been swirling around the Internet for years and there’s actually some truth in them after all. Albert Biermann, the former chief of Hyundai’s N division, told Top Gear a flagship sports car was indeed in development at some point. While the i30 N unveiled in 2017 signaled the South Korean brand’s sporty intentions, the initial plan was to introduce a far more exciting product than the compact hot hatchback.

Known internally as “The Chairman’s Car,” the original Hyundai N was supposed to be a fully fledged supercar with a proper mid-engined layout. Naturally, Albert Biermann was the driving force behind the project, as was the case when he was at the helm of BMW M when he pushed for a supercar. By the way, that never happened either, as the peeps from Munich decided to focus on the plug-in i8 instead.

The first N model was conceived with a carbon fiber tub chassis and a gasoline engine working on its own or with an electric motor as part of a hybrid powertrain. Interestingly, the supercar’s platform was being developed to also accommodate a hydrogen fuel cell. Why was the project ultimately scrapped? The higher-ups in Seoul thought the projected asking price of $150,000 would’ve been too high for a Hyundai-badged model.

In hindsight, Biermann – who now works for the Hyundai Group as an Executive Technical Advisor – agrees with the decision to abandon the supercar and work on far more attainable performance cars such as the Kona N, i20 N, and the Veloster N. Lest we forget the RM (Racing Midship) concepts we’ve seen in recent years, which hinted at a more hardcore model than the crop of N models. A supercar would crown the N lineup and reinforce Hyundai’s desire to build high-performance machines.

A different breed of N models is about to be born as the engineers are putting the finishing touches on the fully electric Ioniq 5 N. It’s expected to land in 2023 with somewhere in the region of 600 horsepower. In a different interview, the very same Biermann promised it’ll be much faster than the i30 N and feature a dedicated Drift Mode.

Keyword: Hyundai N Mid-Engined Supercar Was In Development, But Not Anymore