Hyundai is a manufacturer that we most closely associate with safe, reliable, and stylish sedans and SUVs. Their best-selling Tucson SUV and Elantra sedan are great options for those looking for a practical daily driver. In recent years, the South Korean manufacturer has incorporated performance cars into their lineup under the N Line badge. The Veloster N, in particular, has gone a long way in helping Hyundai establish itself as a maker of fun-to-drive vehicles.

The N Line cars came at a time when Hyundai made several strategic hires, poaching engineers from BMW’s M Division. The goal was to help the company engineer some of the best driver’s cars on the market. Along with that came involvement in motorsport, as that is an excellent way to test performance engineering before it goes into a road car. In 2022, along with a brand new Tucson, Santa Fe, or Ioniq 5, customers can also buy race cars.

These are the incredible championship-winning race cars that Hyundai offers through their Customer Racing Department. 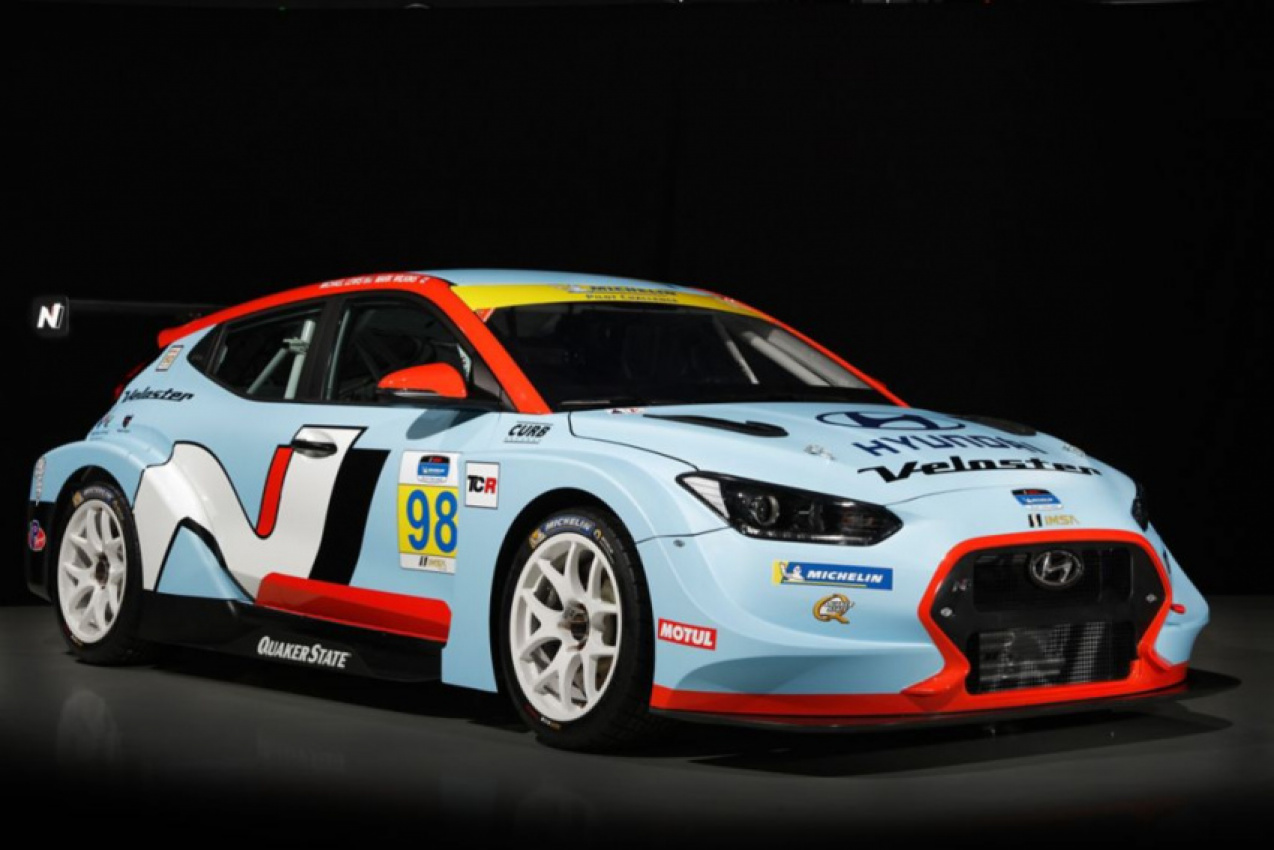 First introduced in 2019, the Veloster N TCR (Touring Car Racing) built on the success of the championship-winning i30 N TCR. It was launched specifically for the American market to support professional and semi-professional touring car racing.

The Veloster N TCR is a seriously quick race car that benefits from a 2.0-liter turbocharged four-cylinder engine that produces 350 horsepower at 7,000 RPM. Power goes to the front wheels through a six-speed sequential paddle-shift gearbox.

Six-piston brakes upfront, wide bodywork, and a big wing ensured the Veloster N TCR was blisteringly quick. The road-going version costs about $32,500, and the full-race version will set you back about $155,000.

The Elantra N TCR shares many of the same components, powertrain, suspension, and brakes of the Veloster N TCR. That is due in large part to the TCR regulations. Cars competing in that racing category must comply with similar rules, which helps maintain a level playing field.

The Elantra N TCR takes everything Hyundai learned in the i30 N and Veloster N TCR cars and refines it for increased reliability and competitiveness. The Elantra uses the same 350 horsepower engine and weighs just 2,789 pounds. Where the Veloster is a two-door coupe, the Elantra is four-door and uses a standard Elantra chassis and shell.

The Elantra N TCR costs around $150,000 and is the leading car in TCR championships worldwide.

If your need for speed involves dirt, gravel, snow, and ice, then Hyundai’s i20 N Rally2 may be the right race car for you.

Powered by a 1.6-liter turbocharged four-cylinder engine with 290 horsepower, the i20 N Rally2 is a four-wheel-drive hatchback that can tackle any type of terrain at maximum speed. Designed for the Rally2 Championship, hence its name, the i20 N allows customers to race stage rally races worldwide.

Hyundai has invested heavily in building its reputation for reliable, well-built sedans and SUVs. While the South Korean manufacturer will happily sell you a vehicle for your daily commute, they can also provide you with a race car capable of winning championships. Something that we think makes Hyundai very cool.

Exterior and interior features Safety and ADAS Purchase and aftersales The 10-seater 2022 has just been launched in Malaysia, coming in with a sharper focus to the commercial or plain ol’ people-carrying side of things. There’s three variants (Lite, Plus, Max), and prices start from RM 179,888. Essentially also, ...

2022 Hyundai Staria 10-Seater variants and prices Exterior – Staria's futuristic design at a cut down price Interior – more versatility as there are 10 seats Engine – Same engine as the 7-seater Hyundai-Sime Darby Motors(HSDM), the authorized distributor of Hyundai in Malaysia today announced the introduction of the ...

The ship housed 4,300 vehicles from various brands during the incident in 2019.

Hyundai has officially revealed the range of its new Ioniq 6 mid-size electrified sedan with the car capable of covering a total of up to 614km on a single charge, according to the Worldwide Harmonised Light Vehicle Test Procedure (WLTP). The Ioniq 6 is set to arrive in Australia ...