Hyundai Group is celebrating a victory in the 2022 J.D. Power Tech Experience study, with Hyundai taking out the mass market award and its premium arm, Genesis, ranked highest overall. 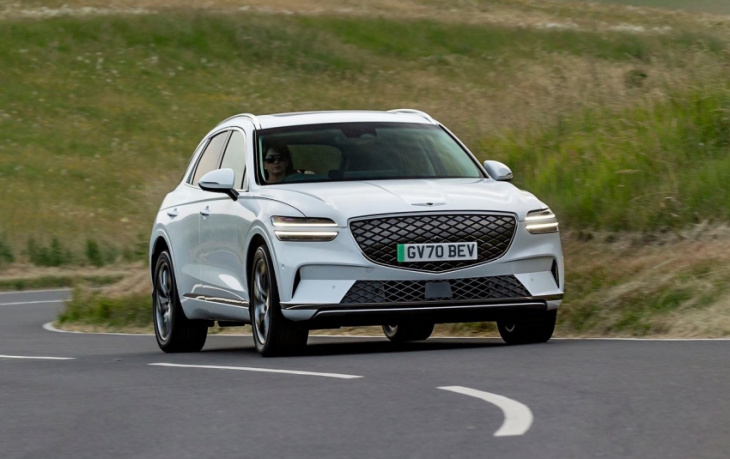 Hyundai was the highest-ranking mass manufacturer with a score of 534 out of 1000, followed by Kia with 495, and Buick, GMC and Subaru tied at 482.

The recent win marks the third consecutive top ranking for Hyundai in the US-based study, while Genesis has is celebrating its second consecutive win.

For the premium end of the market, Genesis took out the top spot with a score of 643, followed by Cadillac at 584 and Mercedes-Benz in third place with 539 out of 1000.

Interestingly, Tesla secured the highest overall score of 681, bettering that of Genesis, but was ineligible for an award because the company does not allow J.D. Power to access owner information in certain states. In spite of its superior score, the authors of the study left Tesla out of its rankings due to this lack of full sample size.

The latest Tech Experience rankings were based on responses from 84,000 owners of new vehicles who took part in the survey within 90 days of their purchase.

Other highlights include the Lexus IS being awarded the emerging automation award for its front cross-traffic warning, with the Mitsubishi Outlander taking out the award for the mass market segment.

The MINI Cooper secured the sustainability award for its regenerative braking system offering one-pedal driving, while the BMW X3 received the infotainment award within the premium segment for its digital key technology.

By the look of the study, fingerprint readers were found to be the most problematic piece of in-car technology, with an average of 54 problems per 100 vehicles, surpassing the mark set by the previous title-holder, gesture controls.

COO at Genesis Motor North America, Claudia Marques, said: “We are glad that the study’s results recognise our commitment to implementing technologies focused on improving our customers’ driving experience.”

The sentiment was echoed by Hyundai’s director of product planning, Ricky Lao, who said: “The key is making these innovative features user friendly and offering them to a wide range of customers.” 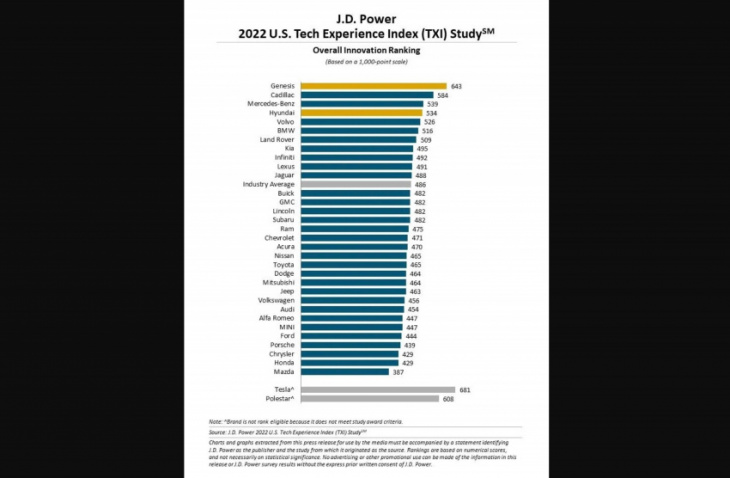 Both Hyundai and Kia products have been at the center of a recent crime wave.

Photo: Hyundai Hyundai has come up with a plan to protect its most theft-prone vehicles after several videos were posted on social media in recent months showing how easy it is to hotwire the engine and drive away. We’re talking about certain 2016-2021 Accent, Elantra, Elantra GT, Sonata, Veloster, ...


View more: Hyundai Now Has a Fix for Easy-to-Steal Cars

Many Hyundai and Kia owners recently found themselves as the butt of an unfortunate internet phenomenon. Users on TikTok and other social media sites have shared videos of ways to break into and steal older Hyundai and Kia models that are missing an electronic immobilizer. Now, Hyundai dealerships have ...