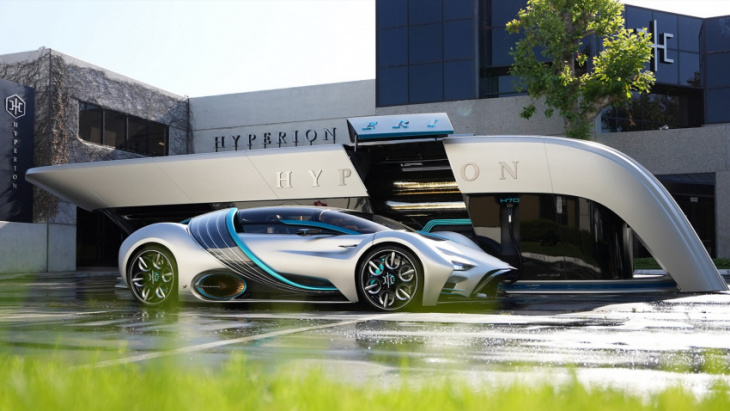 The Hyper:Fuel Mobile Stations will produce hydrogen onsite through water electrolysis, with electricity supplied by built-in solar panels, Hyperion said in a press release. This process ensures the hydrogen powering the fleet of XP-1 supercars will be truly green, as other production methods can have a large carbon footprint. 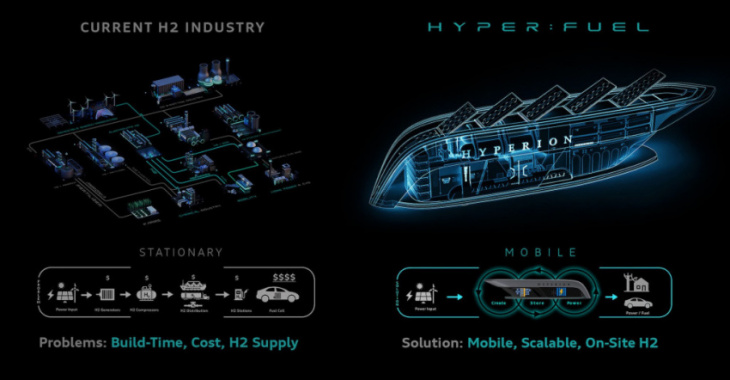 This setup also gives Hyperion more flexibility in deploying the stations. Because they don’t require a connection to the grid, stations can be moved around to meet real-time demand, according to the company. The solar panels will be able to provide electricity for DC fast-charging of battery-electric vehicles, or serve as emergency backup power sources in event of grid failure, Hyperion claims.

Mounted on the roof of each station, the solar panels will be able to swivel to track sunlight, ensuring they’re always harvesting the maximum amount of energy, Hyperion claims. Based on technology from NASA and Shell’s GameChanger startup accelerator, each station will also feature “state-of-the-art touchscreen controls, contactless payment, and a self-sanitizing nozzle utilizing UV light,” Hyperion said. 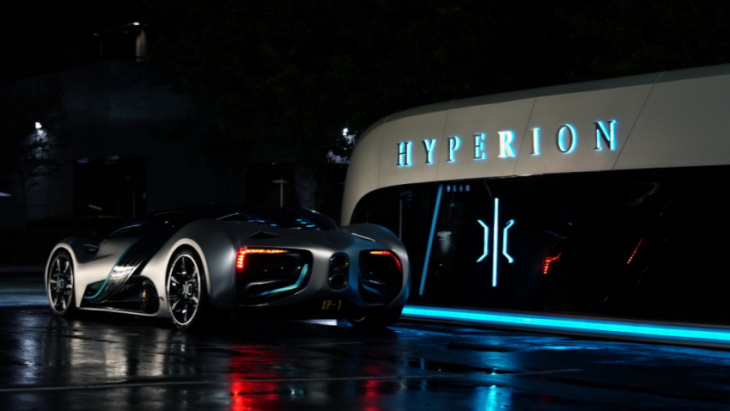 As for the XP-1, it was first shown in 2020 with some impressive specs. Hyperion previously said the two-seater would have a range of more than 1,000 miles, a 221-mph top speed, and the ability to do 0-60 mph in about 2.2 seconds. This performance is helped by the car’s lightweight construction and fuel cell powertrain, which result in a claimed curb weight of 2,275 pounds.

The first prototype of the XP-1 began testing on public roads in early 2021, but it seems unlikely that Hyperion will meet its original goal of delivering the first of the 300 planned customer cars this year. That’s just as well, as Hyperion doesn’t plan on deploying the first mobile hydrogen stations until 2023. They’ll be manufactured at the company’s Columbus, Ohio, facility.